Today is a major milestone for Disneyland Paris! Thirty years ago on this very day, the park welcomed its first guests! To celebrate, we thought we’d share 10 of our favorite fun facts about Disney’s European theme park! 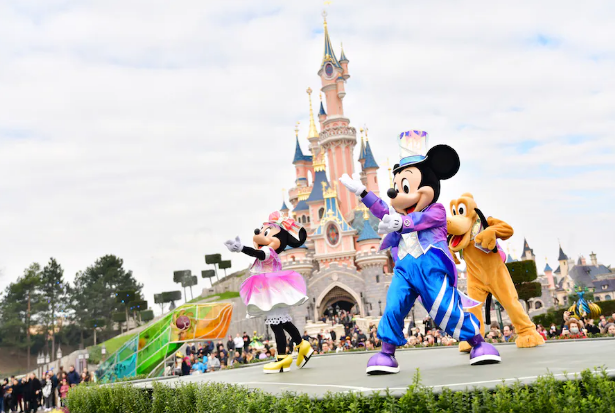 To celebrate three magical decades of fun, a special celebratory soundtrack was created for Disneyland Paris. The soundtrack features 20 songs from Disney and Pixar around the themes “Laugh Harder,” “Open Your Heart,” and “Believe in Your Dreams!”

The soundtrack to a whopping six months of development as well as three months of synchronization, programming and mixing of the 448 audio tracks involved! 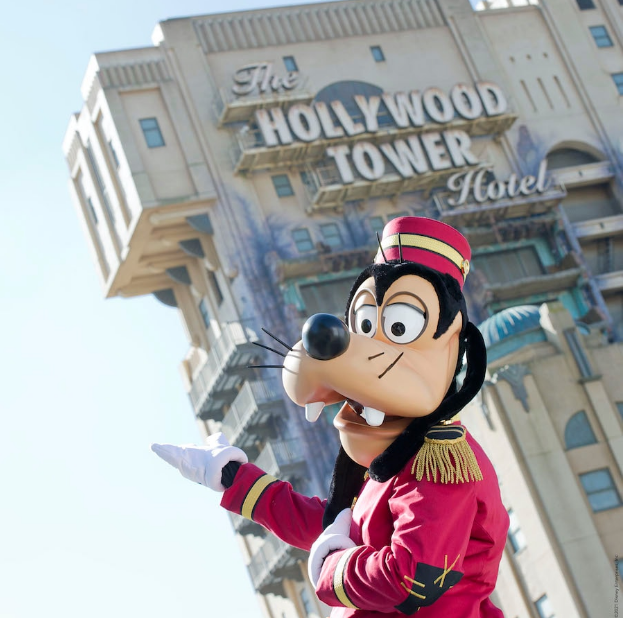 As with other Disney theme parks around the world, the magic is often in those little details. A fantastic example is the Twilight Zone Tower of Terror which is based on the popular television series that aired back in 1959. To make the experience feel realistic, Imagineers came up with an incredible array of props including a broken pair of glasses in the library. These are actually a nod to the Twilight Zone episode “Time Enough at Last” where an avid read finds himself unable to enjoy his hobby after stepping on his glasses.

Also be on the lookout for a camera like the one used in “A Most Unusual Camera” which features a camera that self-develops photos of the future! (Here’s a hint, it can be found in the “Modern Wonders” window at the ride’s photo location. 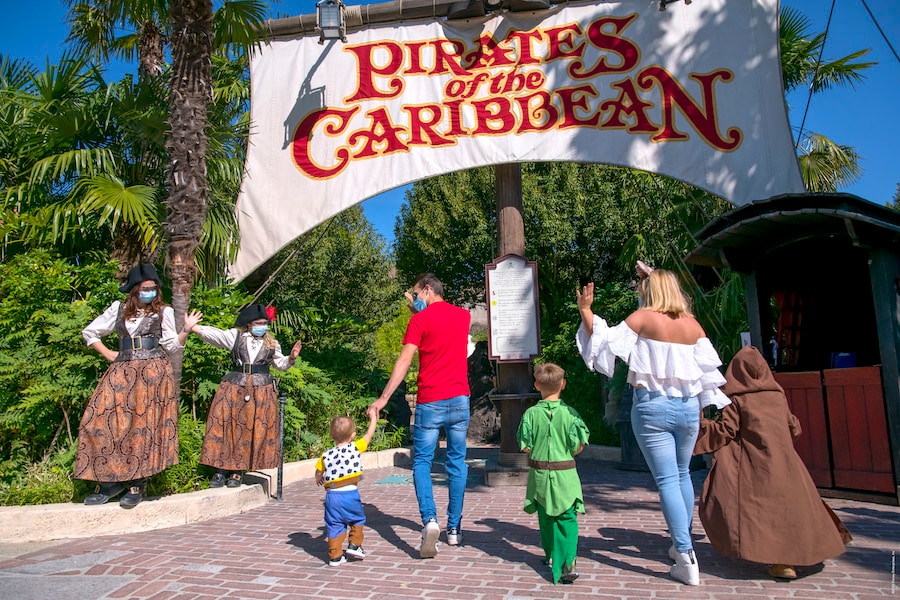 One Thing In Common

There’s one awesome element that all of the Pirates of the Caribbean rides have in common across all of Disney’s theme parks. Each of them has a jail scene featuring the dog. However, at Shanghai Disney, the pirates are already in skeleton form. We suspect they’ve had to wait a very long time for the dog to hand over those keys. 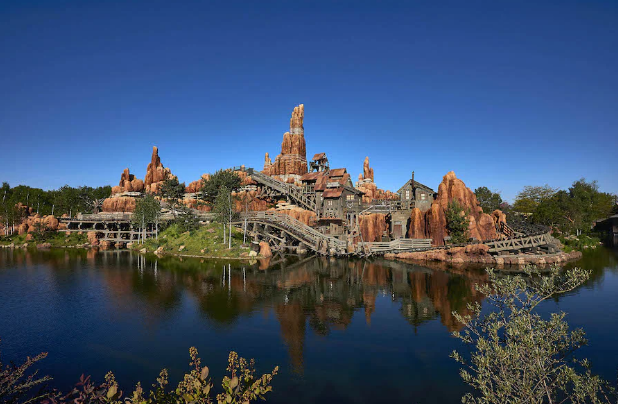 Big Thunder Mountain is another attraction that appears at a handful of different Disney parks. However, each version is unique in its own way. For instance, the ride at Disneyland Paris is the ONLY Big Thunder Mountain ride located on its own island which is accessed via underwater tunnels.

This ride also has the distinction of being the largest attraction at Disneyland Paris and spans five acres. 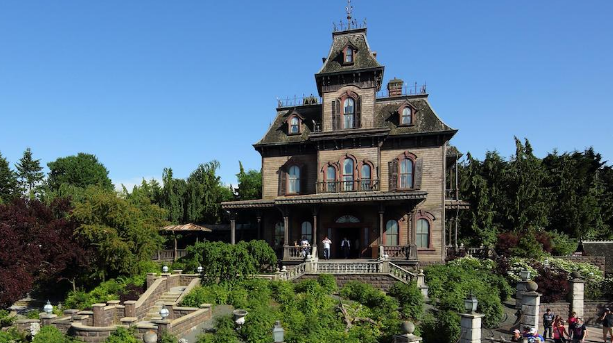 A Fitting Haunted House for Frontierland

One of the things I love most about the lore of Haunted Mansion is that the attraction at each of the parks actually appears in a different land. At Disneyland Paris, you’ll find this dark ride at Frontierland. This is in contrast to Disneyland where its in New Orleans Square and at Disney World where you’ll find the ride at Liberty Square. Interestingly enough, in Tokyo Disneyland, the ride is in Fantasyland with ghosts that come from the fairy tale world! That brings us to Hong Kong Disneyland where their haunted mansion ride has it’s own land. Mystic Point is home to Mystic Manor! 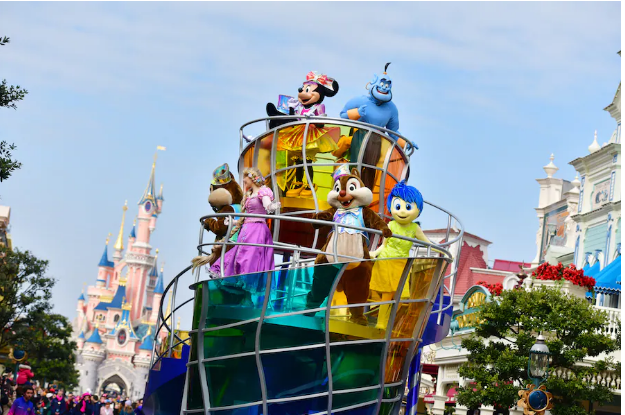 Disneyland Paris is also pulling out all of the 30th Anniversary stops with a new parade “Dream…and Shine Brighter!” The floats from this parade were created by artists including Daneil Buren and Olafur Eliasson. Both artists are known for their work with color and transparency. Architect Frank Gehry, who specializes in curved paper-like forms was also involved.

As you can see from the image above, the surface of the floats behaves like stained glass to really highlight the Disney Characters! 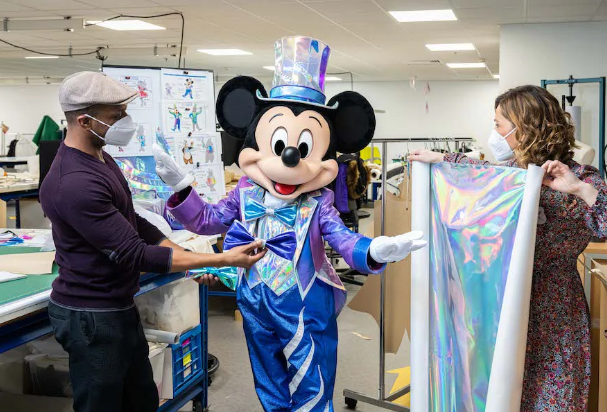 Do say the costume shop was hard at work for DLP’s 30th Anniversary would be an understatement. Over 200 costumes, 190 pieces of jewelry and a hundred pairs of shoes were created for the celebration. 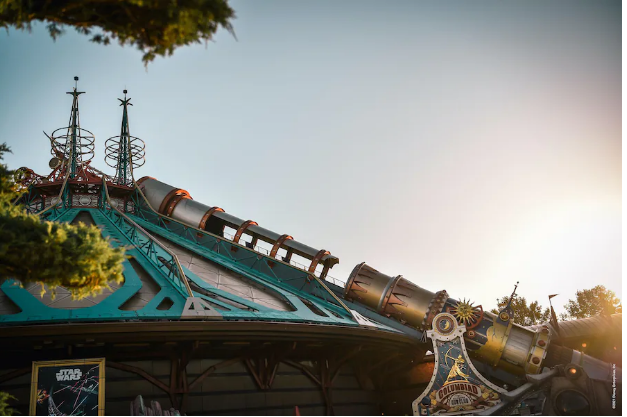 Take Off to Hyperspace

It all started with a cannon. When Hyperspace Mountain first launched guests into hyperspace it was via a cannon that was inspired by Jules Verne’s novel “From the Earth to the Moon.” Launching the trains from the top of the mountain was a world

At Disneyland Paris, Hyperspace Mountain launches guests to space from a cannon. This sequence was inspired by Jules Verne’s novel “From the Earth to the Moon.” Originally, trains were launched out of the cannon to the top of the mountain, which was a world first. In 2005, the attraction was recalibrated so that trains could be launched from the bottom of the cannon to send travelers even deeper into space. 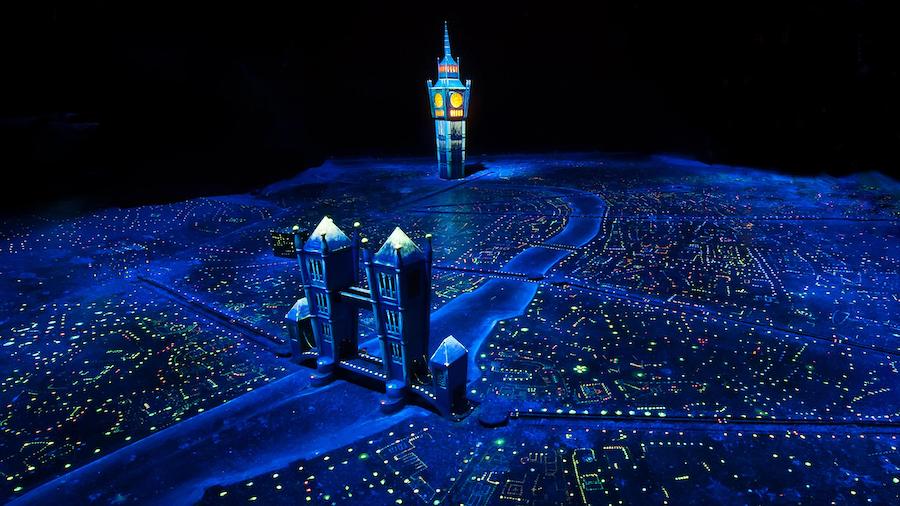 At Tip of the Hat to the Scottish Highlands

Though most people associate Peter Pan’s Flight with London, you can find action author Sir James Matthew Barrie’s hometown of Kirriemuir, Scotland written somewhere along the queue to the attraction. 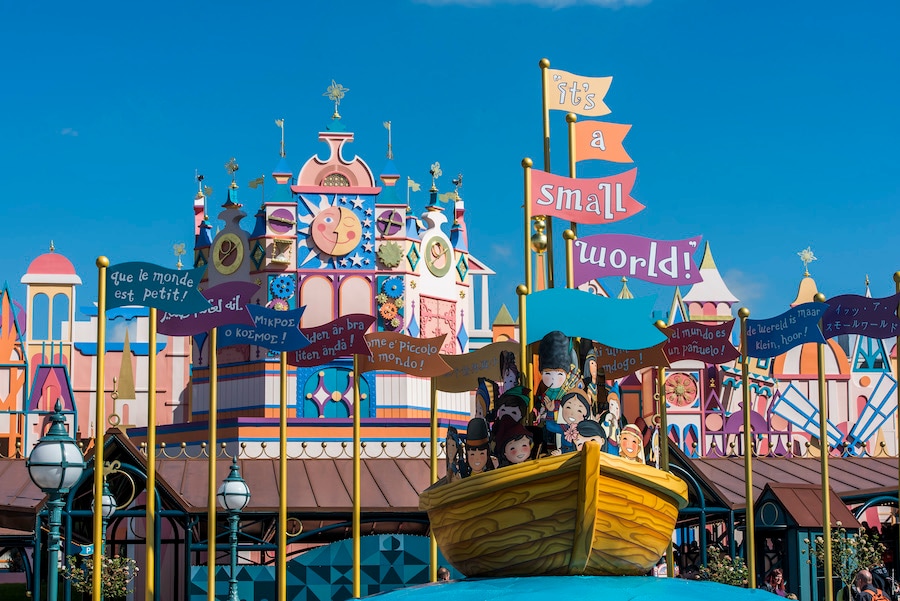 Tailor Made For Disneyland Paris

Did you know that “it’s a small world” features 281 different costumes created by the costume shop at Disneyland Paris!? Each piece is the culmination of in-depth research into folk costumes including museum visits, studies of world culture and more.

Happy 30th Birthday Disneyland Paris! Readers are encouraged to keep following along with MickeyBlog for the latest Disney-related news and updates.