We’ve got some awesome news for Disney foodies! The Michelin guide has awarded a Walt Disney World Resort eatery with a highly coveted Michelin star distinction while a few others made the cut of Orlando Recommended Restaurants!

Let’s start with the Michelin Star distinction which is an award given to the finest restaurants in the world. Capa, located in the Four Seasons, has just received this highly coveted honor. 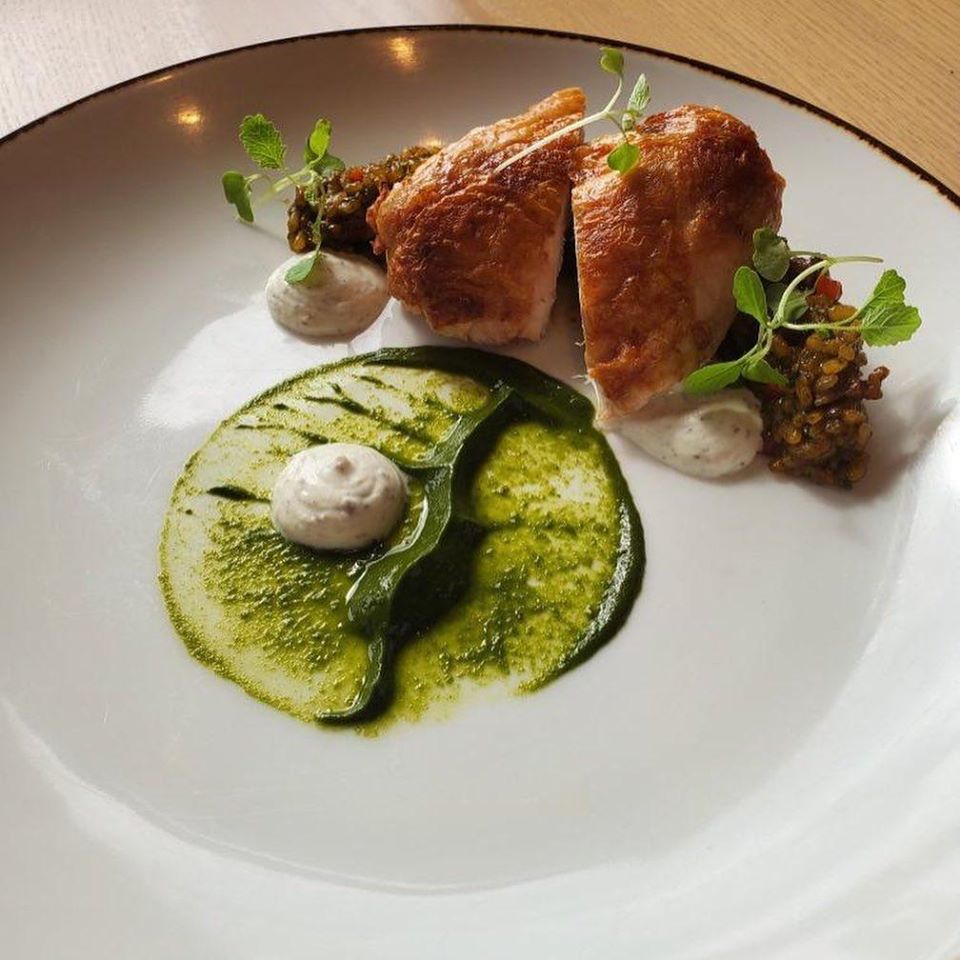 For those unfamiliar, Capa is located in the Four Seasons Resort Orlando at Walt Disney World Resort which is adjacent to Disney’s luxury home development, Golden Oak. The restaurant boasts two outdoor terraces along with an elegant dining room on the 17th floor of the four seasons. This rooftop steakhouse and bar showcases the best of Disney dining with stunning views of the nightly Walt Disney World fireworks spectaculars. There’s also an open kitchen so you can observe the chefs in action.

The menu features wood-fired prime cuts along with Spanish-influenced dishes. The menu boasts a diverse range of dishes including New Basque-inspired small plates to fresh seafood. In addition to its Michelin Star distinction, Capa has also been named among the Best 100 Wine Restaurants in the US by Wine Enthusiast magazine. In addition you’ll find a wide range of cocktails. 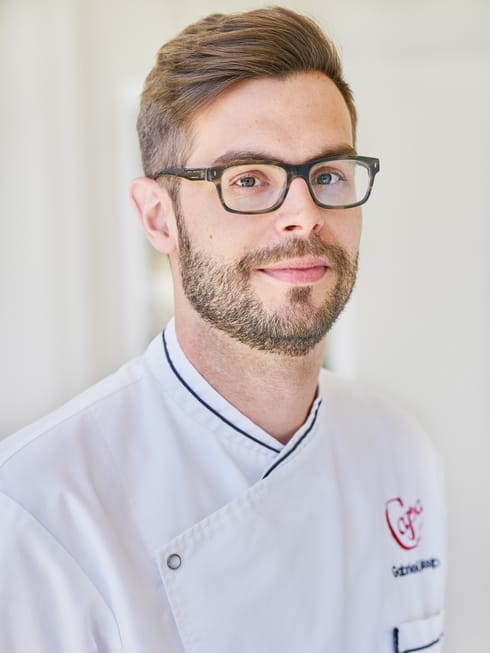 At the helm is Chef Gabriel Massip, who has an impressive career cooking in award-winning restaurants across the globe. He brings more than 11 years of experience to Capa.

In addition to Michelin Star distinctions, they guide has also released a list of Orlando Recommended Restaurants. 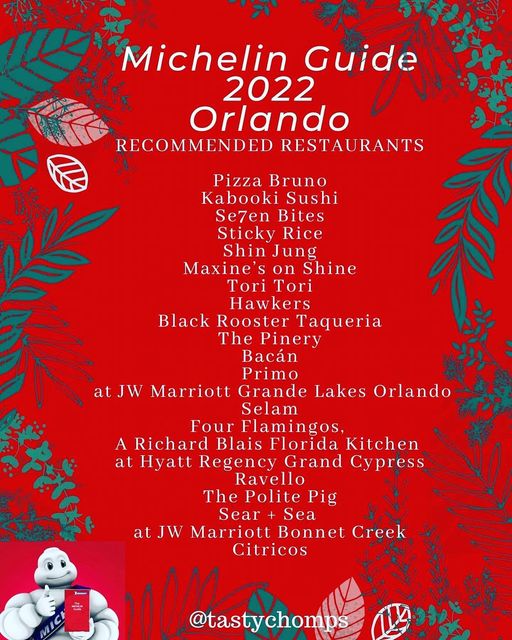 As you can see from the post below from @tastychomps three Disney restaurants have been awarded with the distinction. These are as follows:

Let’s take a closer look at each: 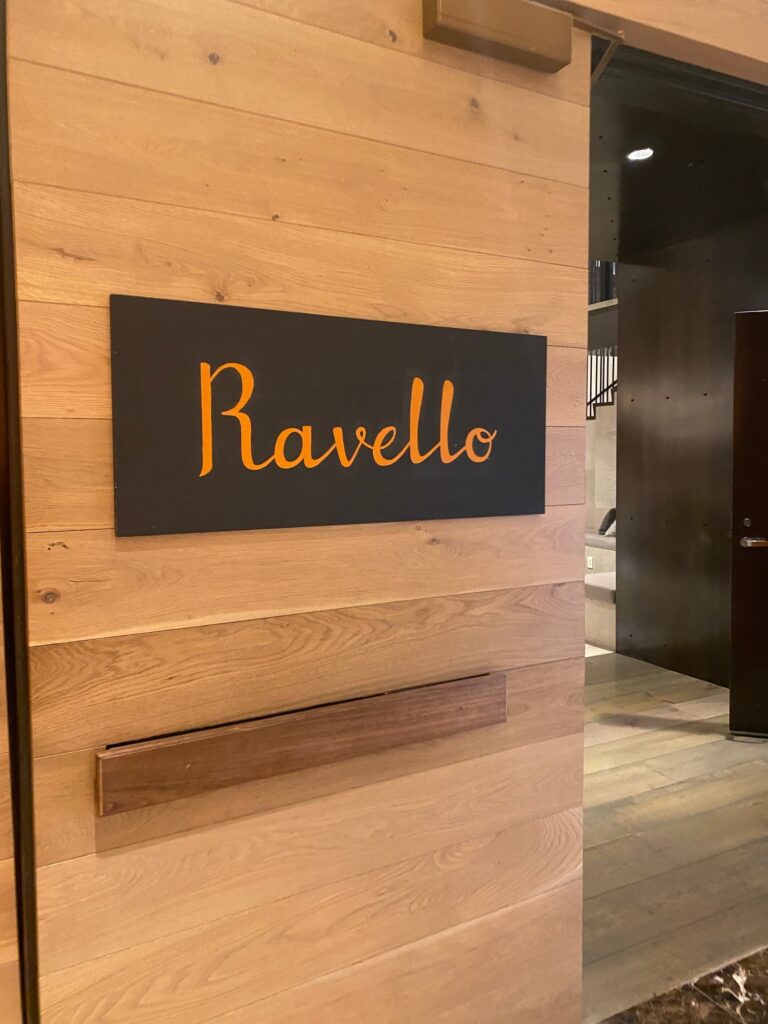 We’ll start with Ravello which is another eatery at the Four Seasons at Walt Disney World Resort. This restaurant features tall, arched windows along with an outdoor terrace and specializes in modern Italian cuisine. Start with your day with a decadent breakfast at the fresh juice bar or enjoy authentic cuisine crafted by Executive Chef Fabrizio Schenardi who is originally from Torino. He is joined by Sous Chef Riccardo Sala a native of Milano. 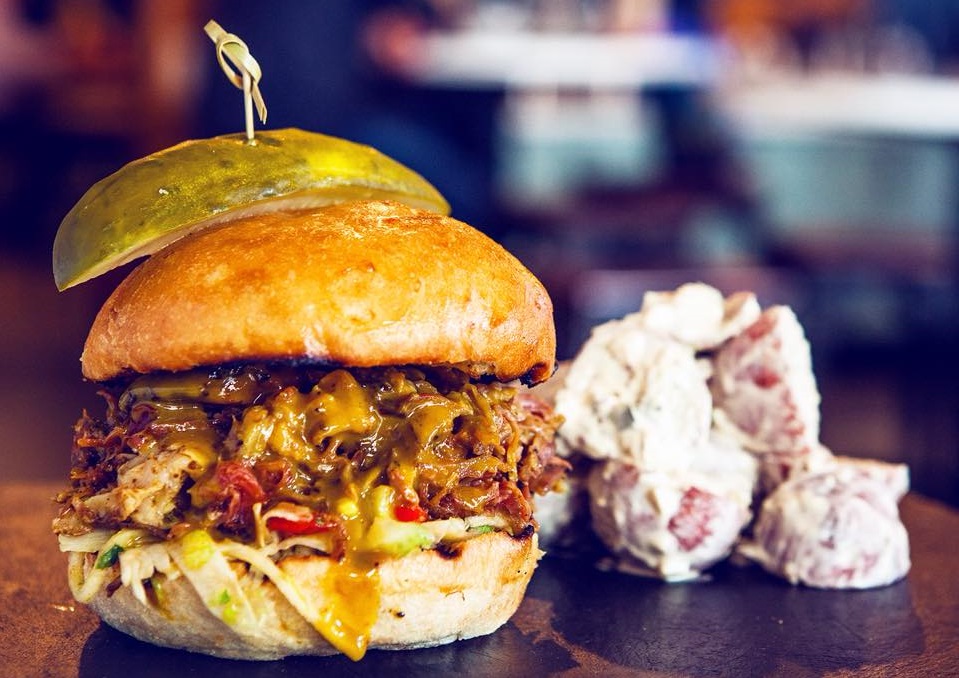 On the menu you’ll also find kids’ meals, shareable snacks, sandwiches, salads and fresh market sides. These serve as the perfect accompaniment to the BBQ chicken, pork, ribs, sausage and salmon cooked at the onsite smoker. You’ll also find a wide range of beverages on site from draft beer to classic cocktail. There is also over 90 whiskeys including some hard-to-find varieties that might surprise you! 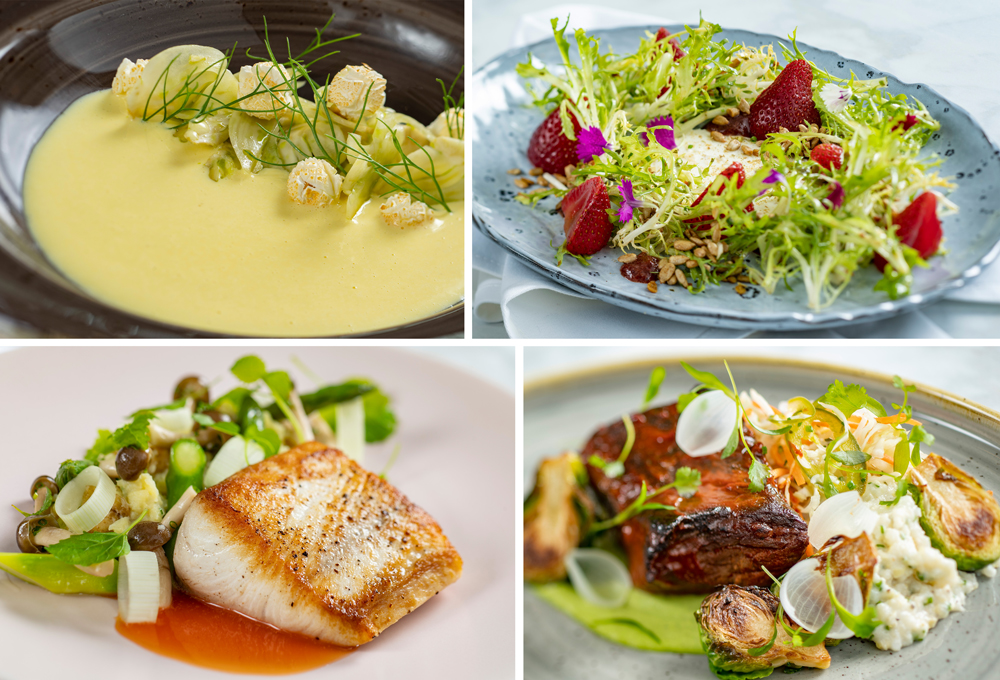 One of Disney World’s most beloved Table Service eateries, Citricos is known for its delectable cuisine served in a newly re-imagined stylish setting that pays homage to the whimsy and elegance of Mary Poppins Returns. The dining room is reminiscent of a fanciful scene inspired by the film with flowers, butterflies and more.

The menu was crafted by Chef Andres Mendoza with an emphasis on Florida cuisine with a Mediterranean influence. Kick off your meal with strawberry salad or a sweet corn bisque. Other menu highlights include guava-barbecued short ribs or butter-poached Florida cobia. Also be sure to save room for dessert so you can sample decadent treats like orange blossom flan or warm apple rose. 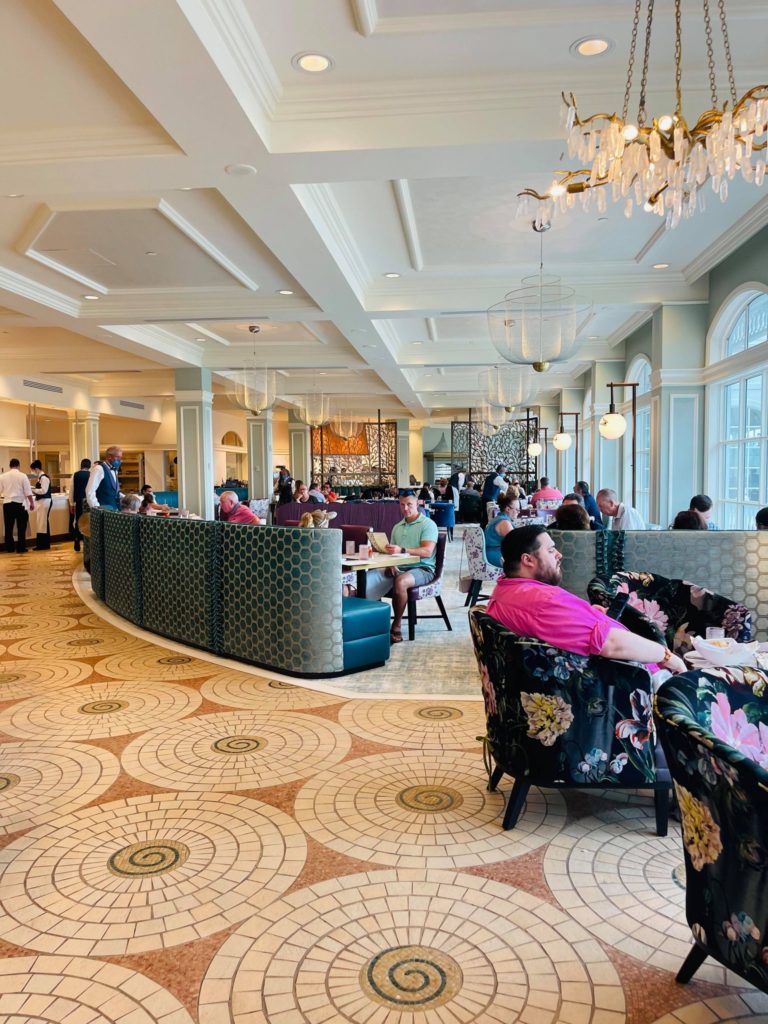 If you’re Disney World-bound and have yet to dine at the eateries outlined above, you’ll definitely want to add a couple of these spots to your Disney must-do list.

Readers are encouraged to keep following along with MickeyBlog for further Walt Disney World news and updates. We’ll be coming to you LIVE from the theme parks each and every week.