Let’s face it: Disney World rides break down. And really, with ALL the technology involved in Disney attractions, what else could we expect?

Some rides break down more than others (yes, we are ABSOLUTELY looking at you, Rise of the Resistance), and some rides are more…well…ANNOYING to be stuck on than others (AHEM, “it’s a small world”). So we decided to take this question to our readers: Which Disney World ride would you actually ENJOY getting stuck on? Let’s see what more than 750 of you said!

We have to say, we were surprised by the diversity of the answers! Dozens of Disney World rides were mentioned. One of the more popular mentions was Haunted Mansion. Readers said they enjoy being stuck there because it gives them time to see all the details on the ride. “I was able to really look around and take everything in,” said one reader. 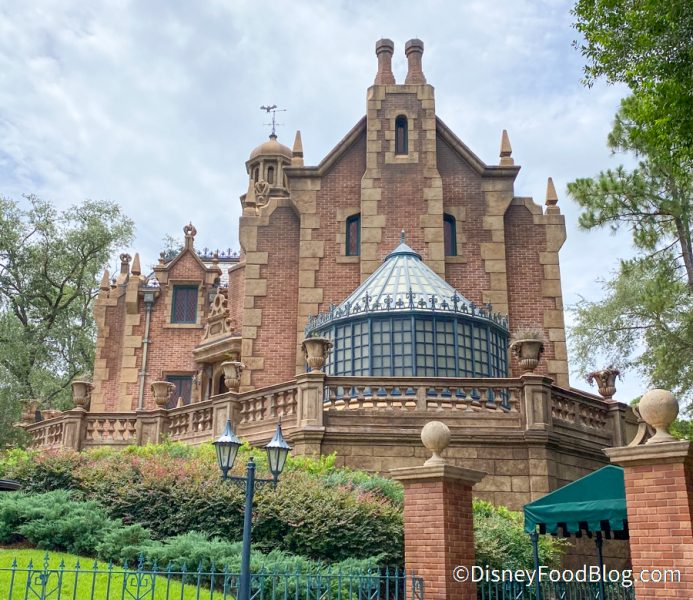 The more competitive among us apparently would also enjoy being stuck on Toy Story Mania IF, as one reader said, “I can keep playing.” 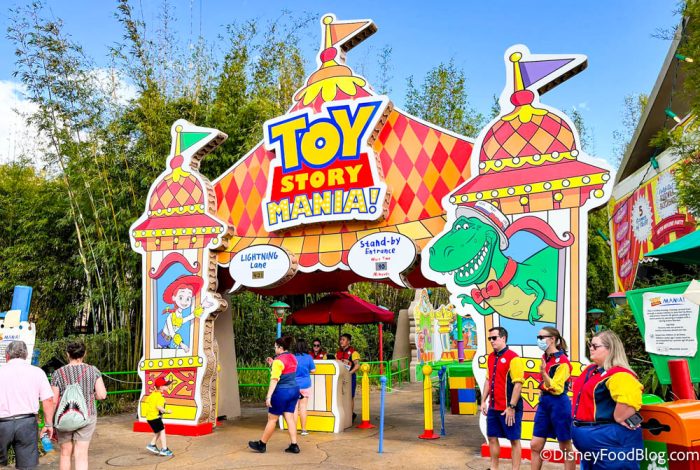 Run that score up, BBs!

What we ultimately found MORE interesting than which ride you would want to be stuck on were the common reasons people like to be stuck! (We love those silver linings!) Let’s take a look at the top reasons.

Many of our DFB readers are probably Disney fans because they enjoy the immersive experiences at Disney World, but a fair amount of you also want to see what’s behind the curtain. “I’ve been stuck on the people mover inside of the space mountain for like 10-15 minutes before. It was long enough they had to turn on the lights around us which I’m sure ruined someone’s space mountain experience but I wouldn’t mind getting stuck in there again,” said one reader. 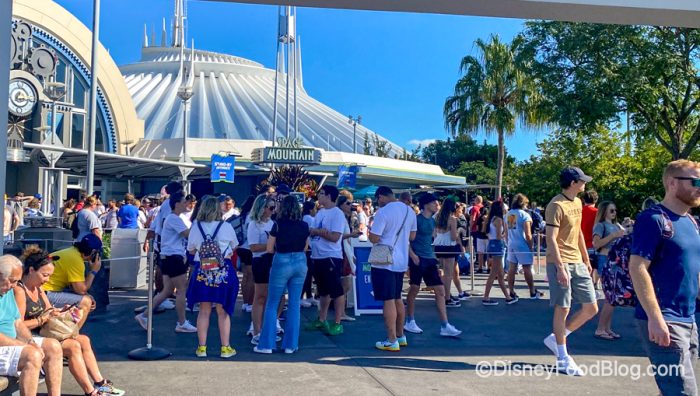 Psst … ever been in here when the lights were ON?

“A lot of people would be grumpy they’re stuck on a Disney ride,” one of our readers said. “Me it’s an opportunity to enjoy how things work and actually look at the details.” Another reader said she was evacuated through a backstage area in the Magic Kingdom: “Splash broke down once when we were on it and we were evacuated through the backstage area. It was indeed very cool to see a little behind the scenes.”

Cool Air, and a Chance to Rest

We heard from several readers touting the benefits of getting stuck on an INDOOR ride, especially when the Florida heat is in full force! “I swear I get stuck on pirates of the Caribbean every time and the air conditioning is so nice,” said one of our commenters. Another reader said Carousel of Progress is where it’s at: “Carousel and take a long AC nap,” (Um, we may done this when we WEREN’T stuck, just sayin’) 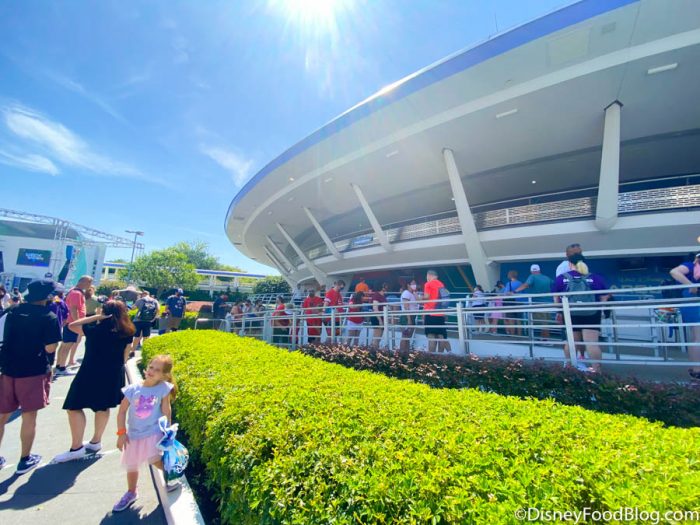 It’s cool in there.

Grabbing a nap on a malfunctioning ride isn’t just for adults, either. “I got stuck inside on the People Mover with a sweaty, tired, cranky, 3-year old, (while my husband and 6 year old went on Space Mountain.) It was cool and dark. The 3 year old was sleepy & cuddly. A truly favorite memory,” wrote one reader.

Click Here for Ways to Beat the Heat at Disney World

Better Views of That Disney Magic

If you’re lucky, sometimes you will get stuck somewhere on a ride with a perfect view! One reader said her performed ride breakdown location would be, “People mover right after it leaves the Buzz Lightyear building. Great view of the castle hub area.” And another said her “magical” breakdown was on Kilimanjaro Safaris: “Was stuck on Kilimanjaro Safari in a giraffe jam! Stunning photos of them and also the baby elephant playing in the pool. Stationary for ages, it was wonderful!” 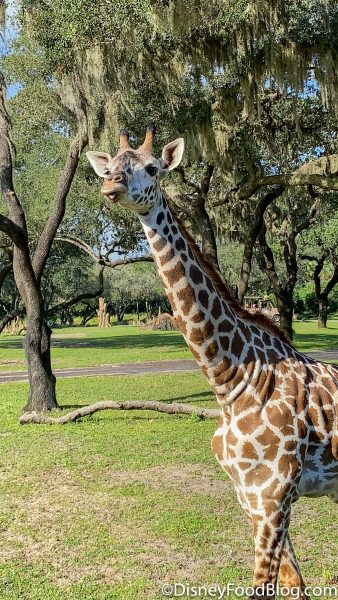 Even if your view isn’t perfect during a ride breakdown, sometimes you will find magic in the camaraderie with other guests who laugh and joke while you’re stuck. You might even find yourself singing, like this reader did: “Got stuck on Carousel of Progress and everyone sang along. It was incredible. We just all started at once. Disney magic!!”

PHOTOS: A New Baby Rhino Has Made His Debut on Kilimanjaro Safaris at Disney World — Click Here!

We were kind of surprised at how many of you told us that being on a Disney World ride when it broke down is a precious family memory! “I did get stuck on The Great Movie Ride way back when I was a little kid for about 20 minutes right in front of singing in the rain. I still remember it vividly to this day, about 30 years later. Core memory made,” said one commenter. 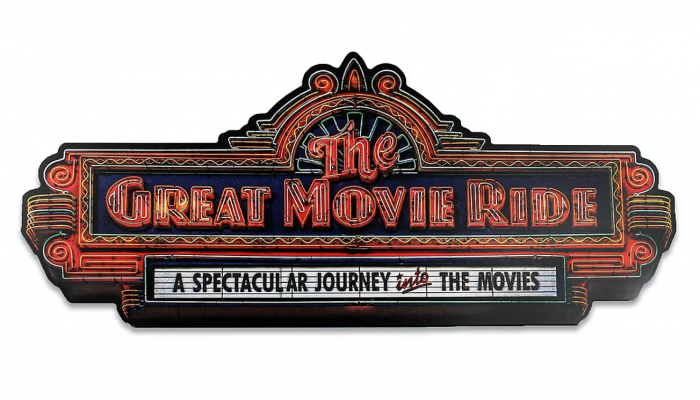 And sometimes, that family memory becomes an inside joke. “Got stuck on Nemo for like 20 minutes in front of Mr. Ray singing “science is great there’s so much to know, climb aboard explorers it’s time to gooooooo” with family and we still joke about it like 13 years and many trips later“.

Do you have a wishlist of rides you would like to be stuck on at Disney World? Follow Disney Food Blog on Facebook to join in on more fun discussions!

Have you been STUCK on a Disney World ride? Share your story in the comments!