Florida’s Parental Rights in Education Bill (what critics call the “Don’t Say Gay” Bill) is a topic that has been discussed a great deal over the past several weeks.

From Disney’s initial statement to CEO Bob Chapek’s comments on the Company’s formal stance on the bill, and everything in between, we’ve been sharing all kinds of updates on the topic with you. Now, a former Disney Executive has weighed in on why he spoke out about the issue and why (and when) others should comment on major issues.

Iger shared “A lot of these issues are not necessarily political. It’s about right and wrong.”

As The Wall Street Journal had previously reported, the “Florida bill prohibits instruction on sexual orientation or gender identity from kindergarten to third grade and in later grades if not ‘age-appropriate or developmentally appropriate for students.’”

As The Hill shares, as a result of this (now) Law, “classroom instruction related to sexual orientation or gender identity will be restricted in the state’s primary schools. Educators of all grade levels are prohibited from engaging in instruction on those topics in a manner that is not ‘age appropriate or developmentally appropriate’ for children.” 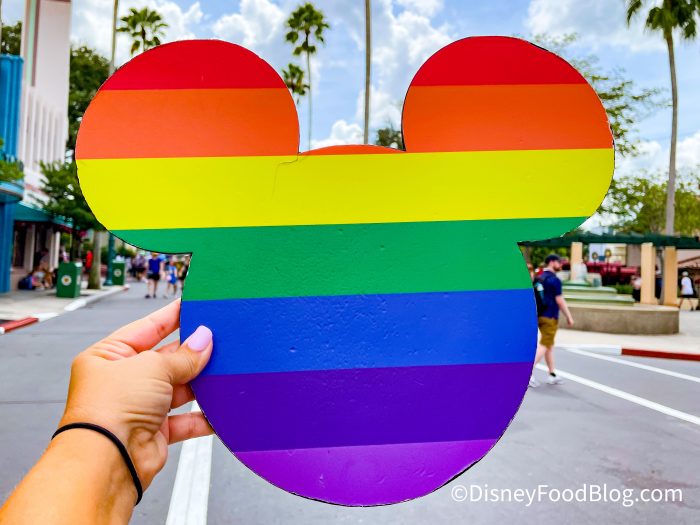 Iger has, in fact, commented on Florida’s “Don’t Say Gay” Bill. In a Twitter post from February of 2022, Iger shared that the Bill, if passed, would put “vulnerable, young LGBTQ people in jeopardy.” The Bill has since been signed into law.

In the interview with Wallace, Iger shared that, in his opinion, it “wasn’t about politics. It is about what is right and what is wrong, and that just seemed wrong. It seemed potentially harmful to kids.”

I’m with the President on this! If passed, this bill will put vulnerable, young LGBTQ people in jeopardy. https://t.co/fJZBzre4yM

Disney, as a Company, and Disney’s current CEO, Bob Chapek, were heavily criticized for not issuing an official, more definitive statement regarding the Bill early enough.

Disney did make an initial statement, and Chapek later sent a memo generally on the topic. But, early on Chapek did not make an official statement regarding the Bill, saying instead that corporate statements can be “weaponized by one side or the other to further divide and inflame.”

But, in the days and weeks that followed, Chapek ultimately shared an official look at the Company’s stance on the Bill, apologized for not being a stronger ally to the LGBTQ community, and promised further action.

Bob Chapek at Disney World on its 50th Anniversary

In Iger’s interview with Wallace, he discussed “going public” on major issues like climate change, immigration, and more. Iger shared that he had to contend with this a number of times and used a specific filter to determine whether he should or should not weigh in.

Iger noted that he would consider a number of factors: “What would its impact have on our employees, on our shareholders and our customers?” Iger shared, “if any one of those three constituencies had a deep interest in or would be affected by whatever was the matter at hand, then it was something I thought we should consider weighing in on.”

Wallace asked Iger whether any consideration was also given to the fact that he would “tick off people” one way or the other for making a statement on an issue. Wallace noted “There are going to be people who aren’t going to like what [you] are saying and maybe that means fewer people will come to the theme park.”

Iger said that they never really saw much evidence of that “even though there were threats about boycotts on certain thing.” According to Iger, “when you are dealing with right and wrong, and when you are dealing with something that does have a profound impact on your business, I just think you have to do what is right and not worry about the potential backlash to it.”

In another part of the interview, Wallace asked Iger some questions regarding his salary at Disney as an executive and the salary of Disney’s workers. During the interview, Wallace played a clip from a documentary entitled The American Dream and Other Fairy Tales, which was co-directed by Abigail Disney (the granddaughter of Roy O. Disney). The documentary discusses the Disney Company’s “Wide disparity in pay between hourly theme park workers and Iger’s CEO compensation.”

Back in January of this year, we shared that, according to the report submitted to the Securities and Exchange Commission, in 2021 Chapek made $32.46 millionand Iger made $45.9 million. This was more than double the salary figures from 2020, which were $14.1 million for Chapek other $21 million for Iger. Though that large difference might have to do, in part, with the big pay cuts taken in 2020 due to the pandemic, among other things.

In the interview Wallace pointed out that Iger was making 1,000 times what the average Disney employee was making and asked whether Iger had any “misgivings” about that. In response, Iger said, “I’ve never been defensive about what I made. I was paid at a level that was commensurate with what most heads of large media companies were paid throughout my tenure and often less than, interestingly enough, and Disney was among the most complex and the largest and the most successful of them all.”

Iger also noted that Disney created many more jobs (especially in the US) during his tenure and gave people more opportunities. Iger also noted that many who got minimum wage “earned overtime, got good benefits and were promoted over time as well.” He also discussed the start of the Disney Aspire program, which helps “pick up the cost of workers’ education.”

In terms of regrets, Iger did note that he has one. According to Iger, Disney was “one of the first companies…to go to $10 an hour as the starting wage.” Iger shared that they were “being pushed to go to 15,” but “there was some hesitation in that regard because of the cost associated with it.” According to Iger they “should have done that right away,” at least in his opinion. 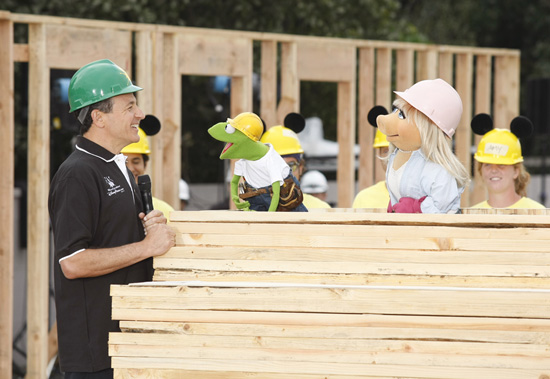 Bob Iger and the Muppets©Disney

Statement from The Walt Disney Company on signing of Florida legislation: pic.twitter.com/UVI7Ko3aKS

The Florida Governor has since made comments about Disney’s statement and their responses to the Bill.

To see more about the law and other updates that had been previously shared about this topic, click the links below:

This continues to be a developing situation. We’ll look for more updates.