How much time do you need at each Walt Disney World theme park to do “everything”?

That’s a challenging question since the answer depends on who you are and your vacation style.

Still, I know that people plan their vacations around the length of the visit and the amount of time needed for each park. 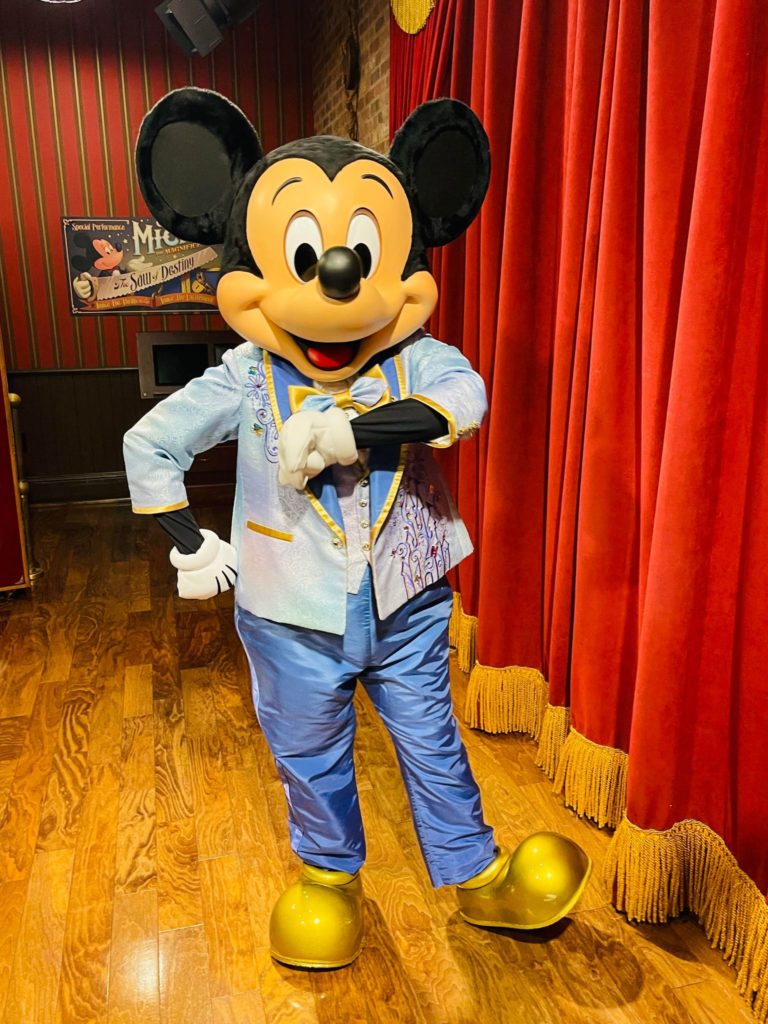 So, here are my thoughts on how much time you should expect to spend at each one.

You may struggle to understand this at first, but every Walt Disney World theme park works differently.

Each of them possesses its own quirky behavior. To wit, Animal Kingdom combines elements of a zoo visit with a day at a theme park. 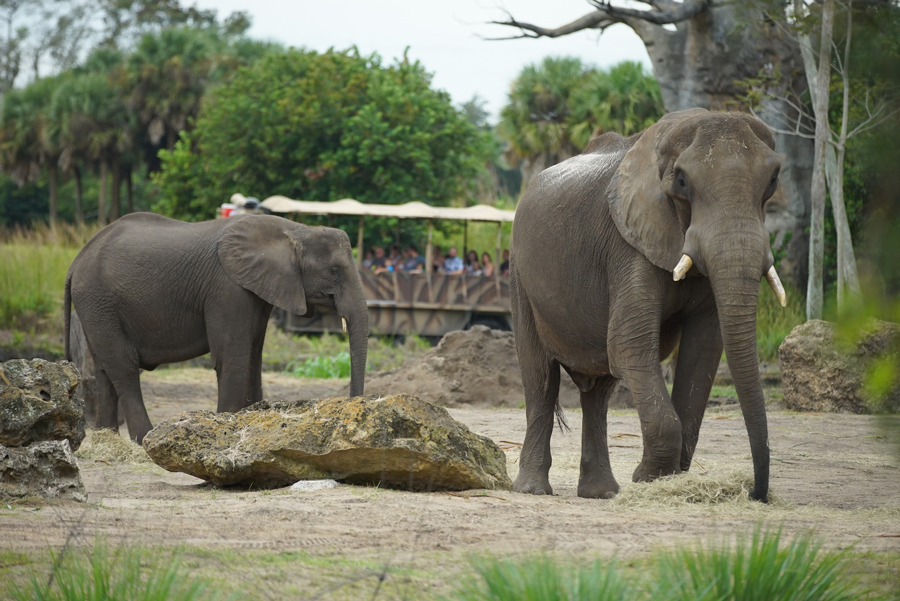 During your first visit(s), you’ll want to do as much as you possibly can.

On an average day, you can experience all the ride-based attractions in six or seven hours.

The rest of your time depends on how much of the Animal Kingdom experience you desire.

Walking around Pandora – The World of Avatar could legitimately take five minutes or an hour, depending on how you approach it.

Similarly, the bird and animal shows could be amenities you consume in 30 minutes, or they could take multiple hours. 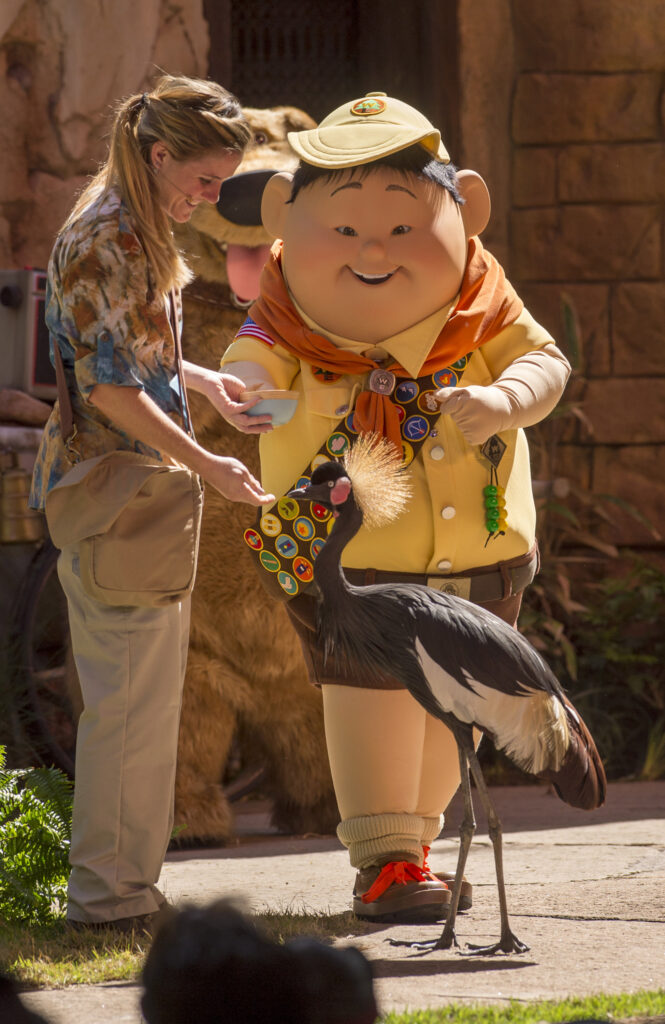 Personally, I’d estimate that a single full park day at Animal Kingdom should provide you with more than enough time to experience everything.

During later visits, it’s more of a half-day park. In other words, you could start here and then park hop somewhere else when you do everything you enjoy. 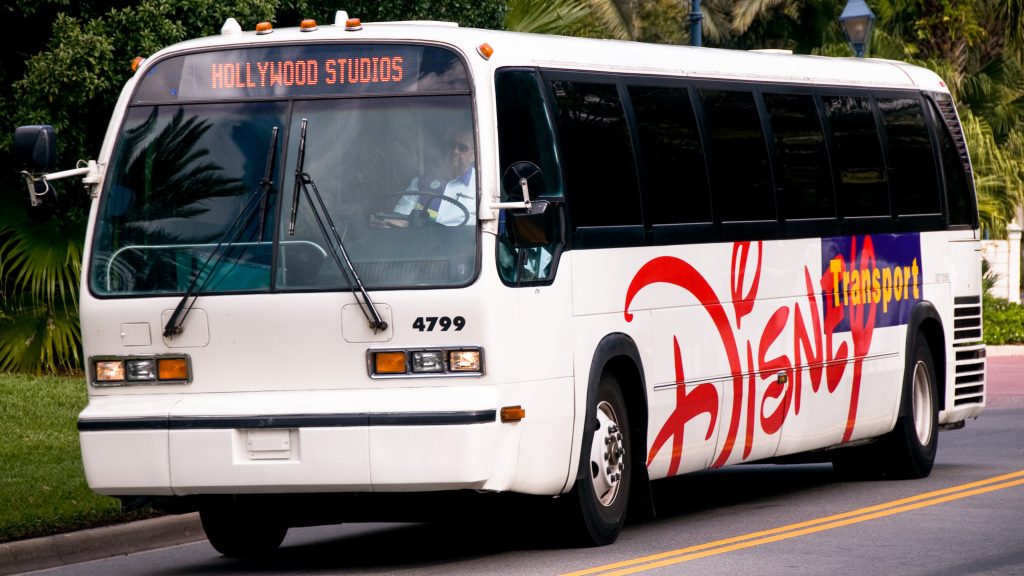 Here’s the park that comes with the most mystery. I try not to live in the past as a writer, but Hollywood Studios was a quarter-day park in 2017.

You could legitimately ride everything here in three hours and then head to EPCOT by boat, arriving in time to eat at the World Showcase. Like, we did that multiple times. 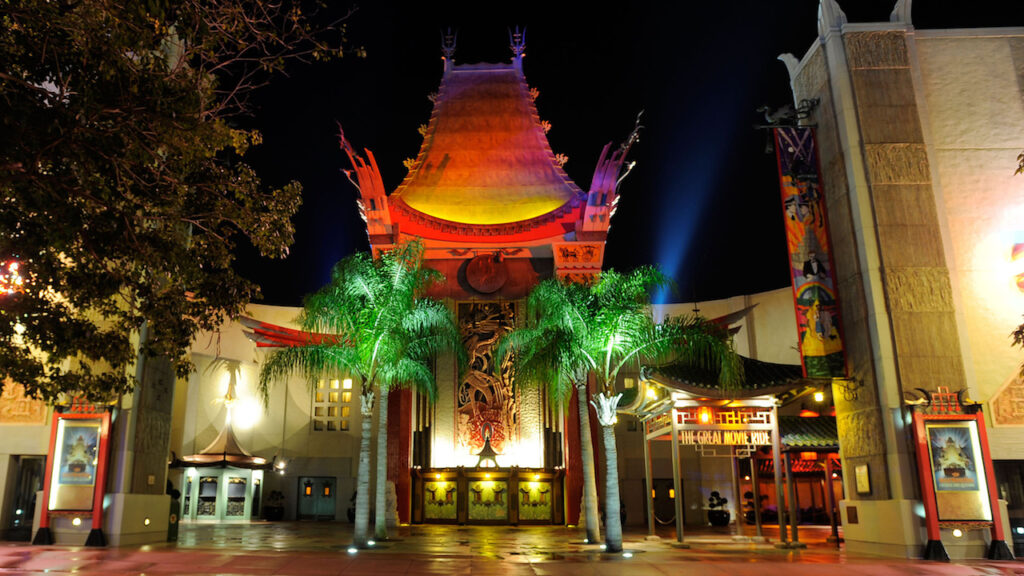 MUCH has changed over the course of the past four years.

This park is now the least predictable in terms of how to play. As a result, you will absolutely want to spend at least one full park day here.

Honestly, you’ll probably need two if you want to ride everything. You could even require three days if you love show-based attractions as well.

I know that sounds absurd for Disney’s smallest park in Orlando. However, three different rides here could ride a total of six hours of standing in line.

For this reason, I strongly recommend Disney Genie+ and Lightning Lane here. I realize not everyone will take that approach, though. 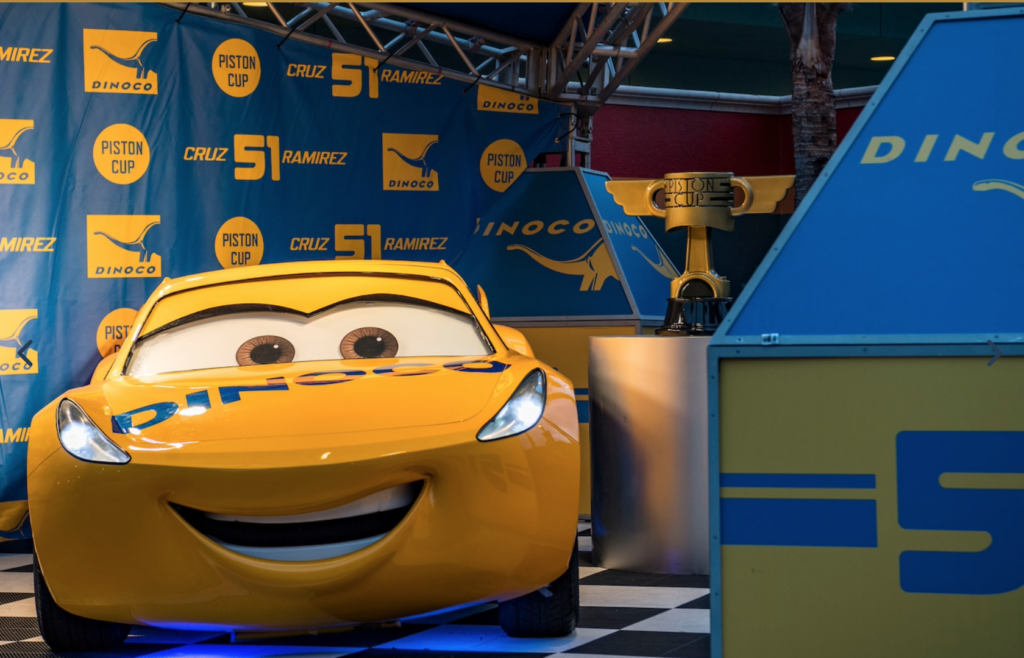 So, what I’ll tell you is that you’ll need roughly 14-16 hours to ride everything at Hollywood Studios and catch Lightning McQueen’s Racing Academy.

Those of you who are movie lovers like me will also want to wander through Walt Disney Presents and other entertainment-based park attractions. 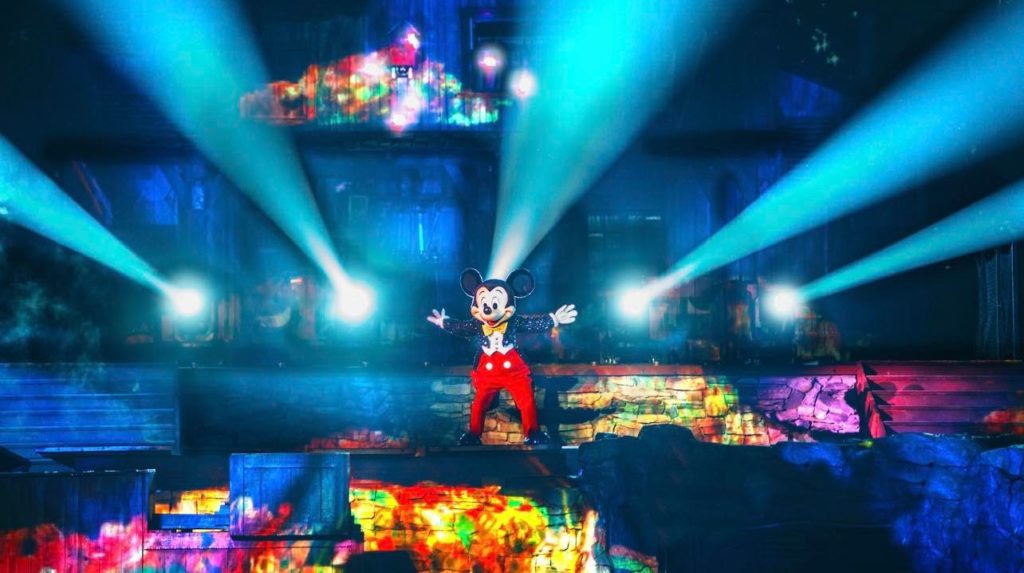 You’ll notice that I haven’t even mentioned the shows. You could easily spend another four hours doing that stuff, all of which Disney fans will adore.

As such, I think of Hollywood Studios as a two-day, 10-12 hours per day park now.

You’ll definitely want to commit at least two days here during a weeklong trip, if not three.

My love of EPCOT will color my evaluation of time spent here. Even so, my answer may surprise you. 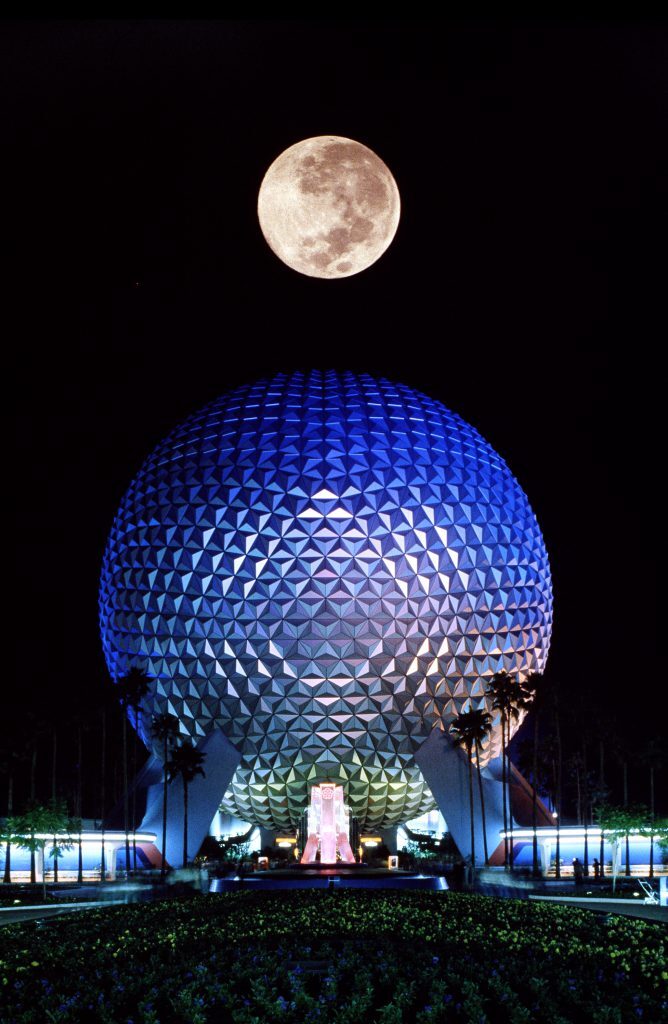 A ride-focused vacationer can do everything of note at EPCOT in eight hours, nine at the most.

However, that’s like reading the last page of a book and feeling like you read the whole thing.

More than any other park we’ll discuss here, EPCOT comes with an experience. 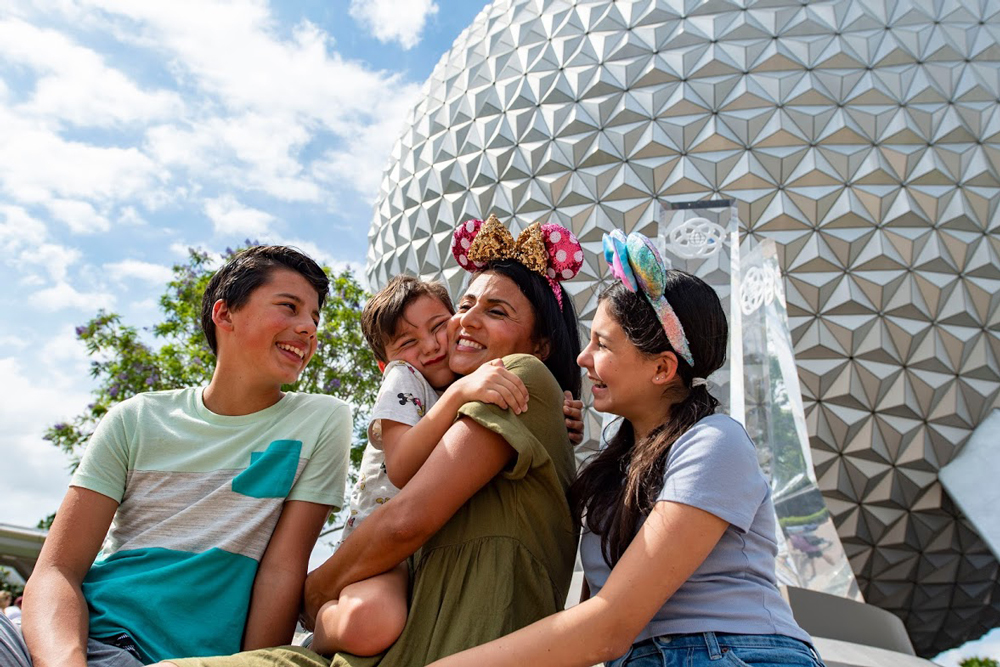 The front of the park hosts many of the ride attractions that you’ll check off your list.

EPCOT fanatics know that the park’s hidden gems all reside in the back at the World Showcase.

When you spend time at EPCOT, you can approach it in two ways. One is to ride the rides, eat the food, and then move on to your next park day.

The other involves embracing the culture and lifestyle at EPCOT, a park that hosts festivals most of the time now. 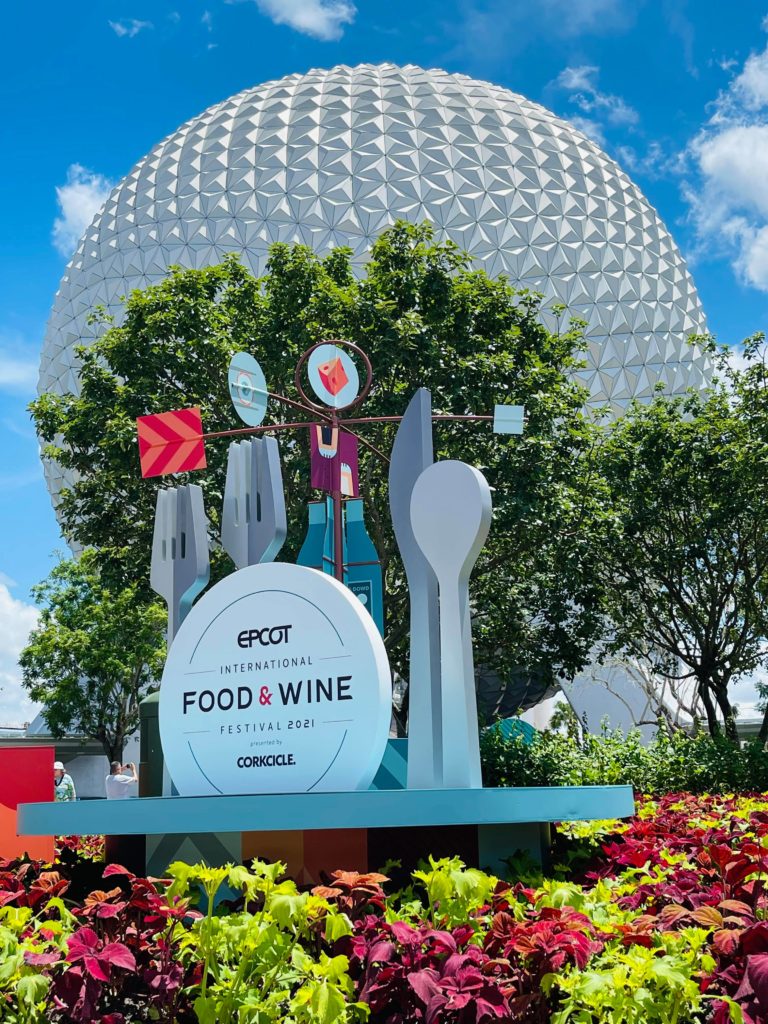 In short, EPCOT is the place you visit when you want to hang out and have a good time at Walt Disney World. 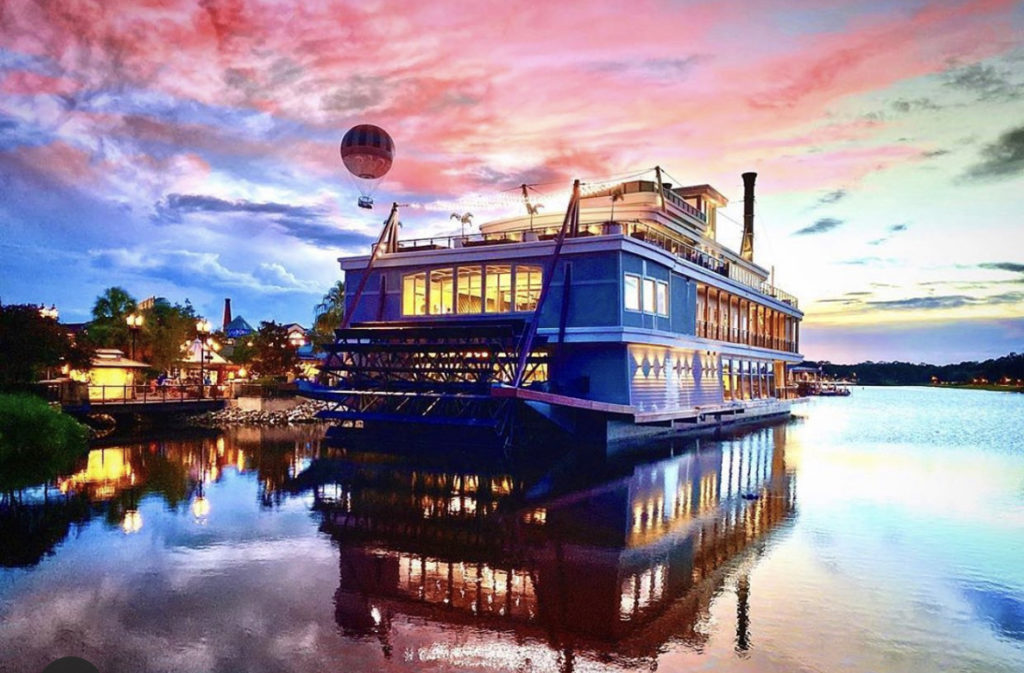 Many people think of Disney Springs as that place, which is partially correct. The two entertainment areas share similarities, but EPCOT also comes with rides.

I’d strongly suggest that you approach EPCOT as a full-day park. But, then, you should keep it in mind on all the days when you plan to Park Hop. 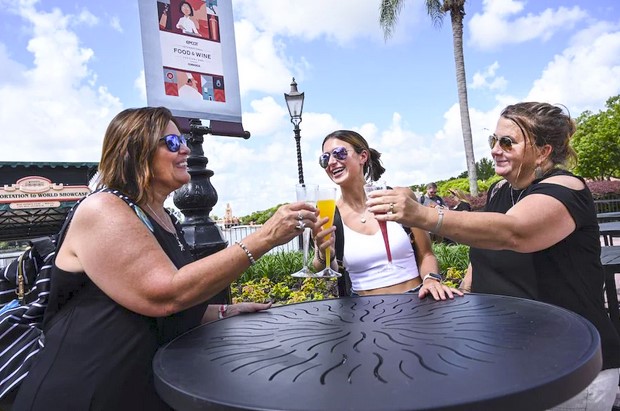 Roam the pavilions, shop at the stores, and have a grand ol’ time exploring America’s most nuanced theme park.

Yeah, you’re gonna need at least three days to experience most of the stuff that Magic Kingdom has to offer. 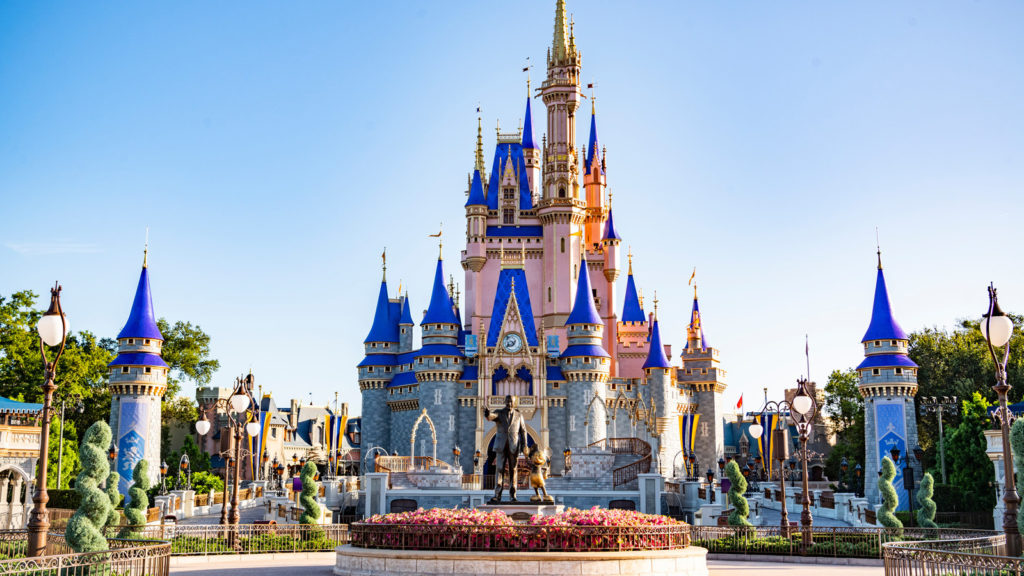 That’s not an exaggeration. In fact, the rides alone would require a wait of 18-20 hours, which is two full park days right there.

Also, please understand when I list those times, I’m not factoring in walking, going to the bathroom, waiting for a table, eating, or just looking around. 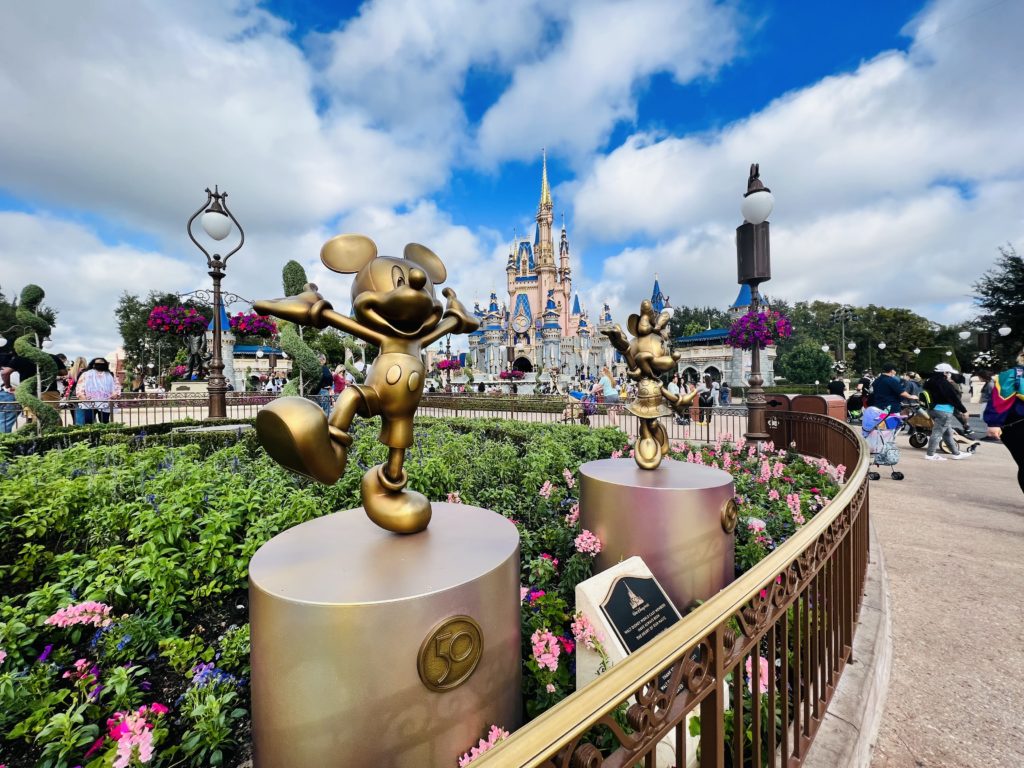 Please let me be clear on this point. You will want to look around at Magic Kingdom as much as possible. The Cinderella Castle area is breathtaking.

You could legitimately spend hours here just people-watching or saving a spot for the nightly fireworks. 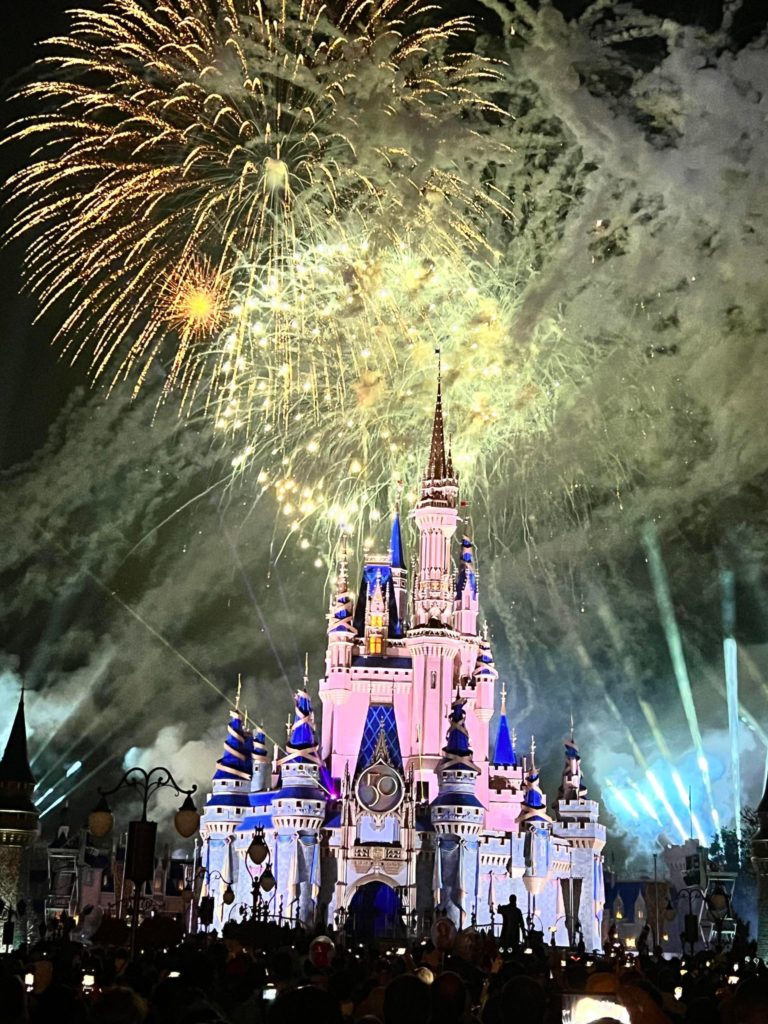 Pro tip: Bring a small picnic basket and some drinks and snacks. It’ll be one of the best experiences of your life.

Look, depending on how you count, Magic Kingdom hosts somewhere between 30 and 50 attractions and amenities.That’s a comical amount of stuff to do, and the same statement applies writ large to Walt Disney World as a whole. 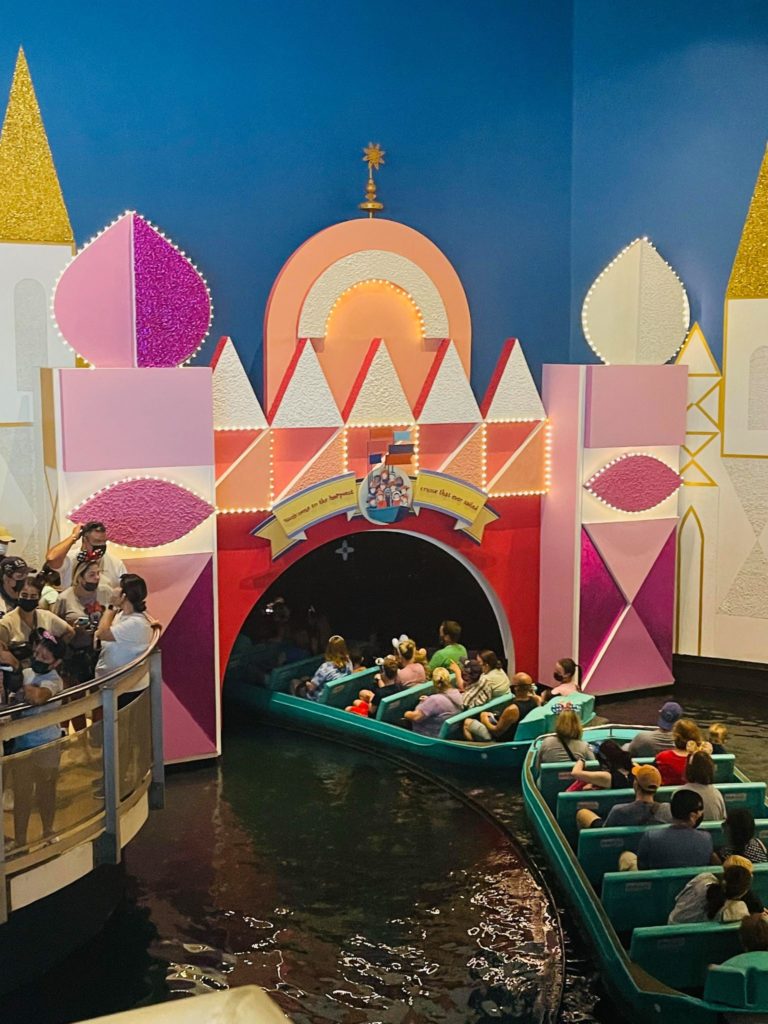 You can theoretically do most of the exciting things at Magic Kingdom in two days.

However, you could also vacation in Orlando three consecutive times and still discover new forms of entertainment at the Most Magical Place on Earth.

For this reason, I strongly encourage friends to spend AT LEAST five nights in Orlando on their first Walt Disney World trip. I usually push for six. 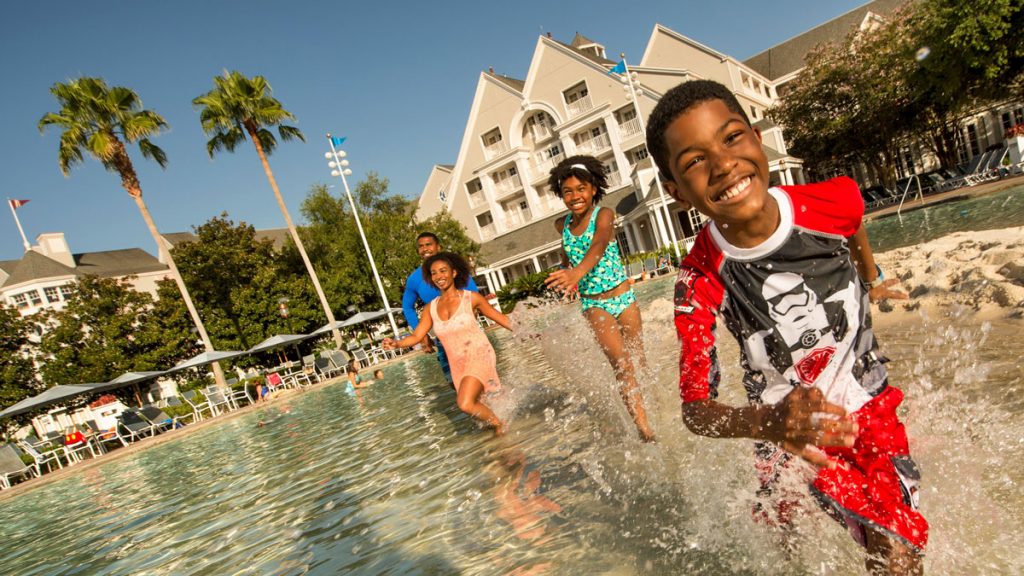 That’s the right amount of time to visit all parks for a full day, plus Hollywood Studios and Magic Kingdom again.

Of course, once you do that, you’ll get hooked and want to vacation at Walt Disney World again next time. It’s an addictive tourist destination.