Don’t let the heat get to you

We’ve got plenty of tips on how to beat the heat during the summer at Disney World and advice to make sure you don’t get caught off guard by any unexpected Florida weather. With the Florida heat, you can easily get dehydrated — especially if you’re not used to the warm weather and being on your feet all day. Staying hydrated is key to making the most of your Disney tripand luckily most Quick service locations throughout the parks offer free cups of water to guests. But, one spot has changed just how you get it.

For many guests, no visit to the parks is complete without first stopping for a Starbucks drink and snapping a photo of their beverage of choice by the castle (or other park icon). 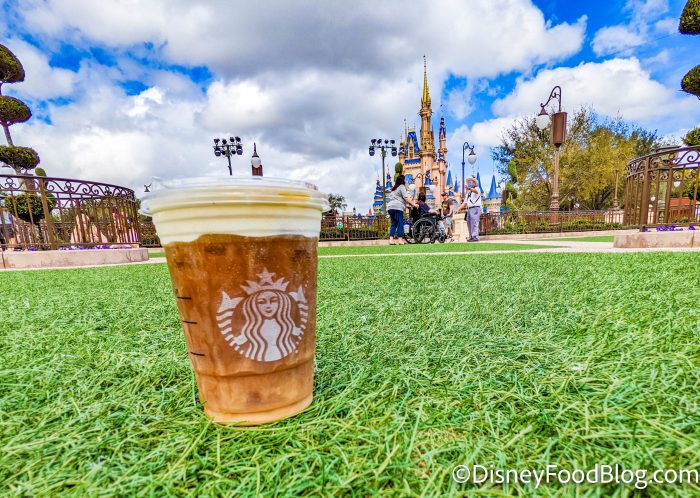 Each Disney World park has a Starbucks location within it, and those locations have been known to give out FREE venti cups of ice water to guests upon request.

We checked at the Starbucks locations in Hollywood Studios (The Trolley Car Cafe) and AnimalKingdom (Creature Comforts), and EPCOT (Connections Cafe), and were told that Venti waters are still free at these locations. At Hollywood Studios specifically we found that we could still get the venti cup of water for free, but you have to ask for it when you order, not at the pickup counter. 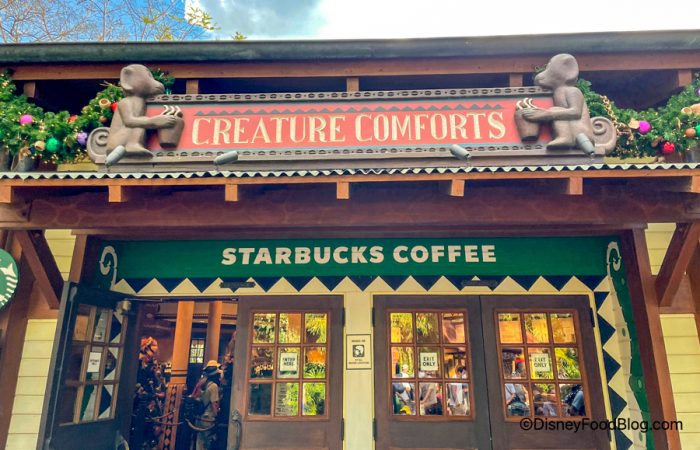 BUT things are different at Magic Kingdom’s Starbucks spot (Main Street Bakery)! When we visited Magic Kingdom’s Starbucks one day and asked for a free water in a venti cup, the Cast Member said we couldn’t get the free water in a venti cup. A second cast member we spoke to at the time said that they did have complimentary red cups that they could use to still give guests FREE water (it just wouldn’t be the big venti ones).

Upon a return trip to Magic Kingdom, we were told again that the smaller red cups were available to give to guests with free water, but that the Cast Members had been told to charge for the venti cups. 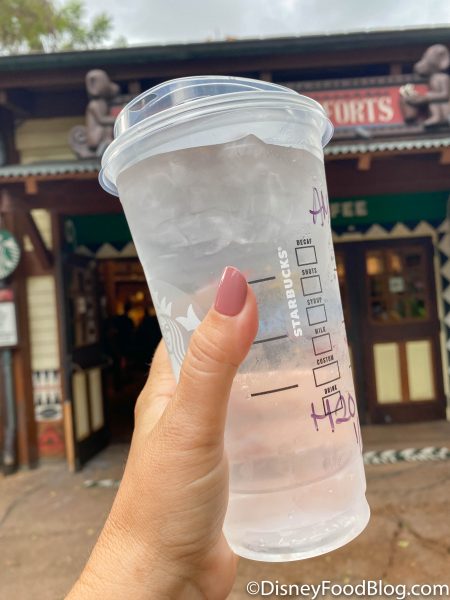 We went back to Magic Kingdom again and tried to buy a venti cup of water, but the Cast Member wouldn’t let us buy it. during that trip, we were told that we couldn’t get the venti cup (even if we paid for it) and instead were provided with the red cup of free water. The Cast Member did, however, say that we could get as many of the little red cups as we wanted. 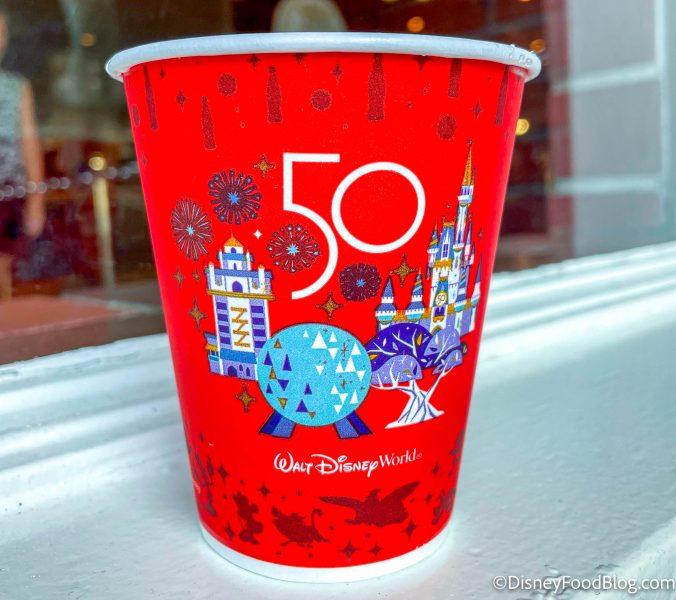 A Cast Member we spoke to in Animal Kingdom’s Starbucks location stated that Magic Kingdom is currently the only park not giving out free venti waters due to the greater number of guests in the park that request water.

According to the Cast Member, the Vent cups are more expensive and they have a large quantity of the little red ones, which is why they’ve swapped to using the smaller red cups at Magic Kingdom specifically. The Cast Member also noted that, at this time, they have no plans to stop giving out venti cups of water for free in the other parks.

Of course, keep in mind that things can change. 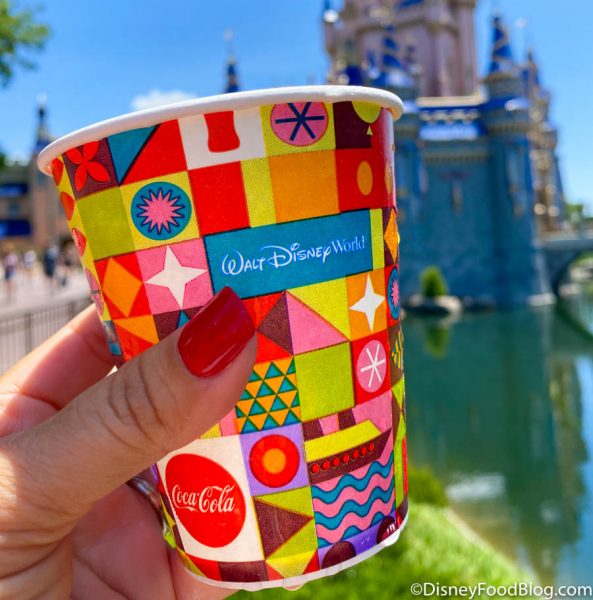 What if you want free water but aren’t heading to Starbucks? No problem! As we noted above, many quick service locations can also provide you with a free cup of water throughout all 4 parks. Note that due to certain mobile order changes that started when the parks first reopened, free water might not be as easily accessible from certain locations. So while you can still find free water, you might have to walk a little bit further than you’re normally used to or head to a different spot than you might have in previous trips. 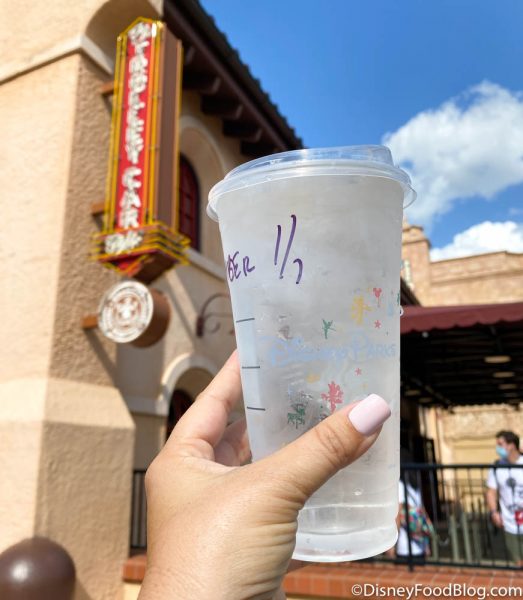 You May Have to Do a Bit More Looking Around

Remember you’ll also find many water fountains throughout Disney World that you can use to fill up your water bottles. The most important thing here is to stay hydrated. We’ve seen guests really impacted by the heat and our own reporters have felt the intensity of that heat during a long day in the parks.

If you think you’ll forget to reach for that water bottle, it might be a good idea to set an alarm to remind yourself to take a sip every hour. It’s also a good idea to come prepared with a bottle of your own so you can keep that water with you at all times. 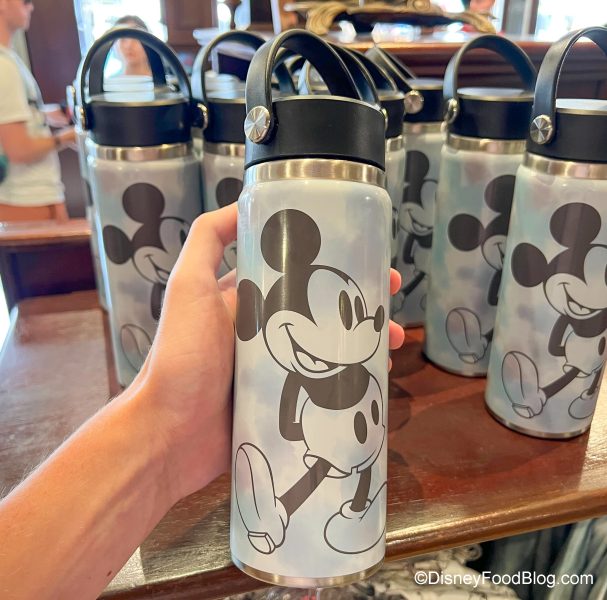 We’ve seen supply shortages impacting things around Disney World, including some that could help you keep cool this summer — like those spray bottles. Our advice is to go into Disney World prepared for the heat. Don’t wait to get there to buy your misters, etc. as you might find that they’re unavailable or more expensive.

To read more about how NOT to be miserable at Disney World during the summer, click here. Or to see our list of 25 items you wouldn’t think you’d need in Disney World (but you do) (including a few water bottles), click here.

What’s your favorite way to escape the heat at Disney World? Let us know in the comments!