Disney just threw an intergalactic party, and MickeyBlog was there! So, park officials showed off the next generation of MagicBands.

We’ve got lots of fun stuff to discuss in this week’s MickeyBlog News! 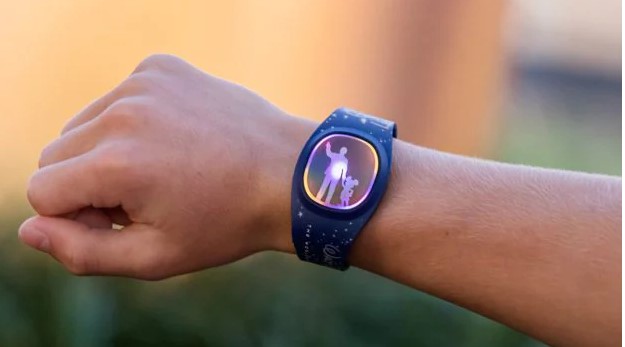 A long time ago, the former Opryland theme park operated a ride called Chaos. It was a next-generation version of Space Mountain, complete with digital projections on the walls. 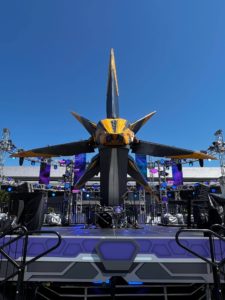 As fate would have it, Guardians of the Galaxy: Cosmic Rewind feels like a next-generation version of Chaos or a multi-generational update of Space Mountain.

We know this because Disney hosted a media event for the ages. Park officials showed off the new roller coaster, but that wasn’t all. 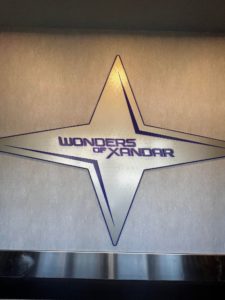 Guests also got to spend time inside the Wonders of Xandar pavilion for the first time. Disney describes it as EPCOT’s first otherworld pavilion.

Imagine a planetarium that combines what scientists know of outer space with a fictional constellation from the Marvel Cinematic Universe. That’s the gist. 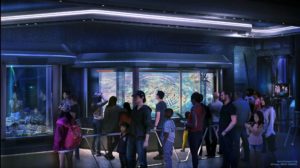 Parts of this space feel like the line queue for Test Track. But then, you’ll suddenly watch characters from Guardians of the Galaxy perform interviews with a reporter.

Also, elements of the Stellarvator and various parts of Space 220 are unmistakable throughout the space. Here’s a video of the pre-show queue:

The digital effects projected on the ceiling are breathtaking, aren’t they?

Most impressively, Disney has created a complete backstory for the planet of Xandar. You can learn all about the culture by watching the informational displays.

As you roam the various displays, you’ll learn about everything in this culture, from fashion to spaceships. 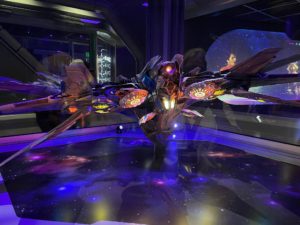 Attentive guests might even notice a Progress City-esque miniature recreation of a Xandarian city.

Imagineers have genuinely outdone themselves here. You may have so much fun at the pavilion that you briefly forget about the ride. Speaking of which… 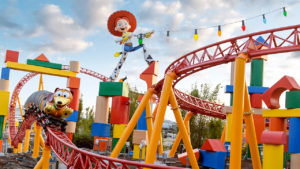 Walt Disney World has only introduced two coasters over the past decade: Slinky Dog Dash and Seven Dwarfs Mine Train.

Now, the parks will debut two more by the end of the year. So, suspense is high for Cosmic Rewind.

However, you never know how the media will respond to a new ride. Well, here’s CNet gushing over it:

As the reporter indicates, the ride employs sensory deprivation similar to Space Mountain. Notably, digital displays show the action from this storytelling coaster.

You’ll have plenty of action to follow during the attraction, but you’ll also remain in the dark at times. The combination is dizzying. 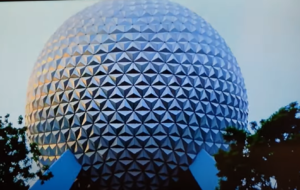 Also, some of the elements mirror the Planet Earth shot at the peak of Spaceship Earth. The difference is that it’s not your planet. You’re in a different galaxy.

Another essential point is that the ride carts move at different intervals. Therefore, your ride experience will change depending on where you sit. 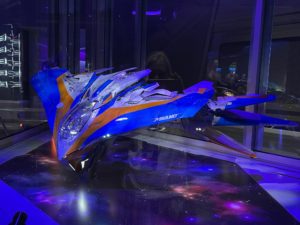 That also plays into the music playlist for Cosmic Rewind. Here’s the list:

Obviously, you’ll enjoy a different vibe for fast songs vs. slower ones. So there’s a unique musical mood setting involved with this ride’s design.

If you want to watch the whole thing, Nick Antonelle at Magical News Live was the first to post a ride video: 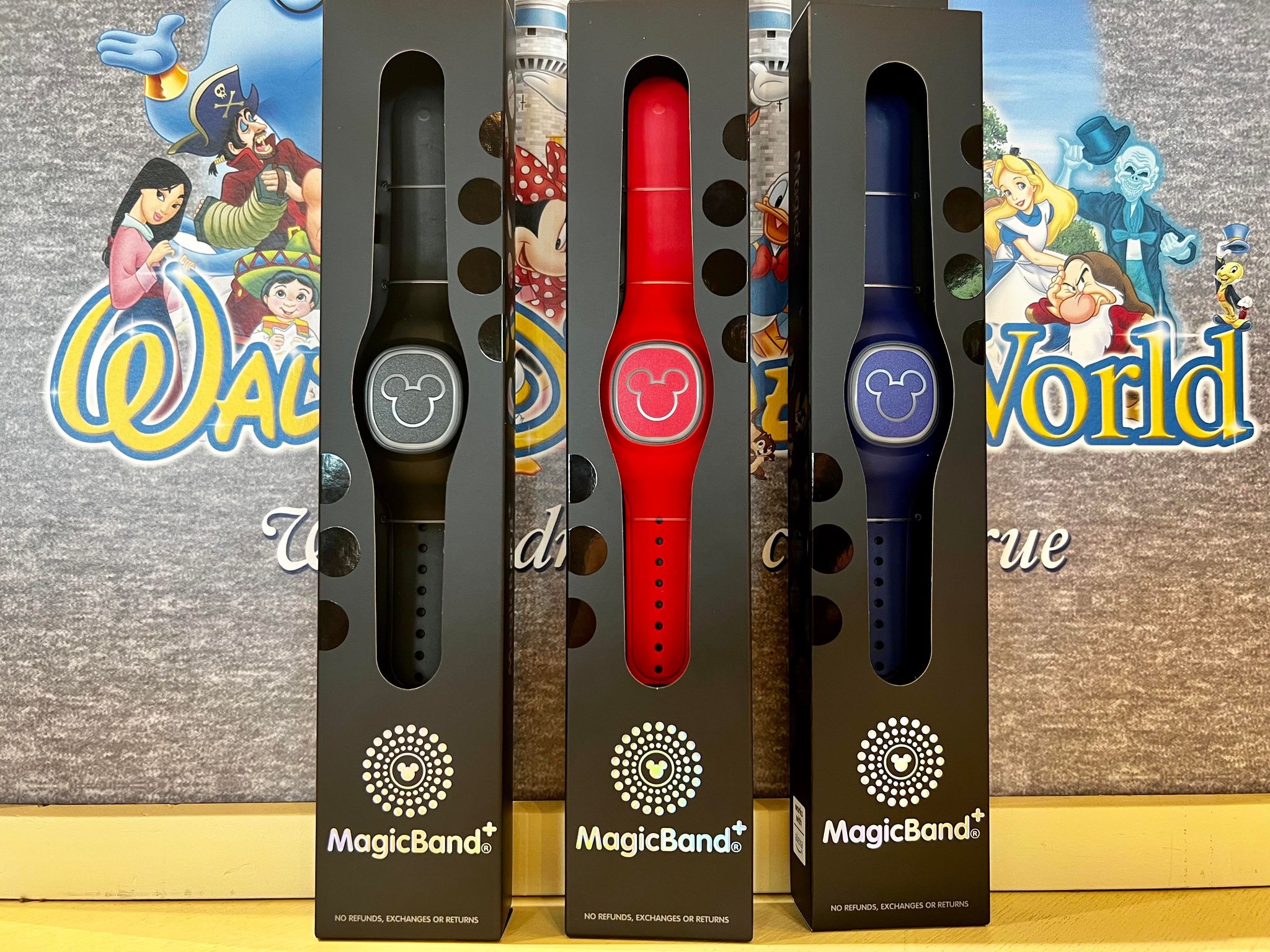 That shouldn’t have happened because MagicBand+ doesn’t go on sale until June. Also, most of its in-park tech isn’t operational yet. oops

Disney quickly canceled the purchases and refunded guests for the aggravation.

Still, there are some MagicBand+ wearables out in the wild. They’re totally authentic, but I still wouldn’t buy one off eBay. 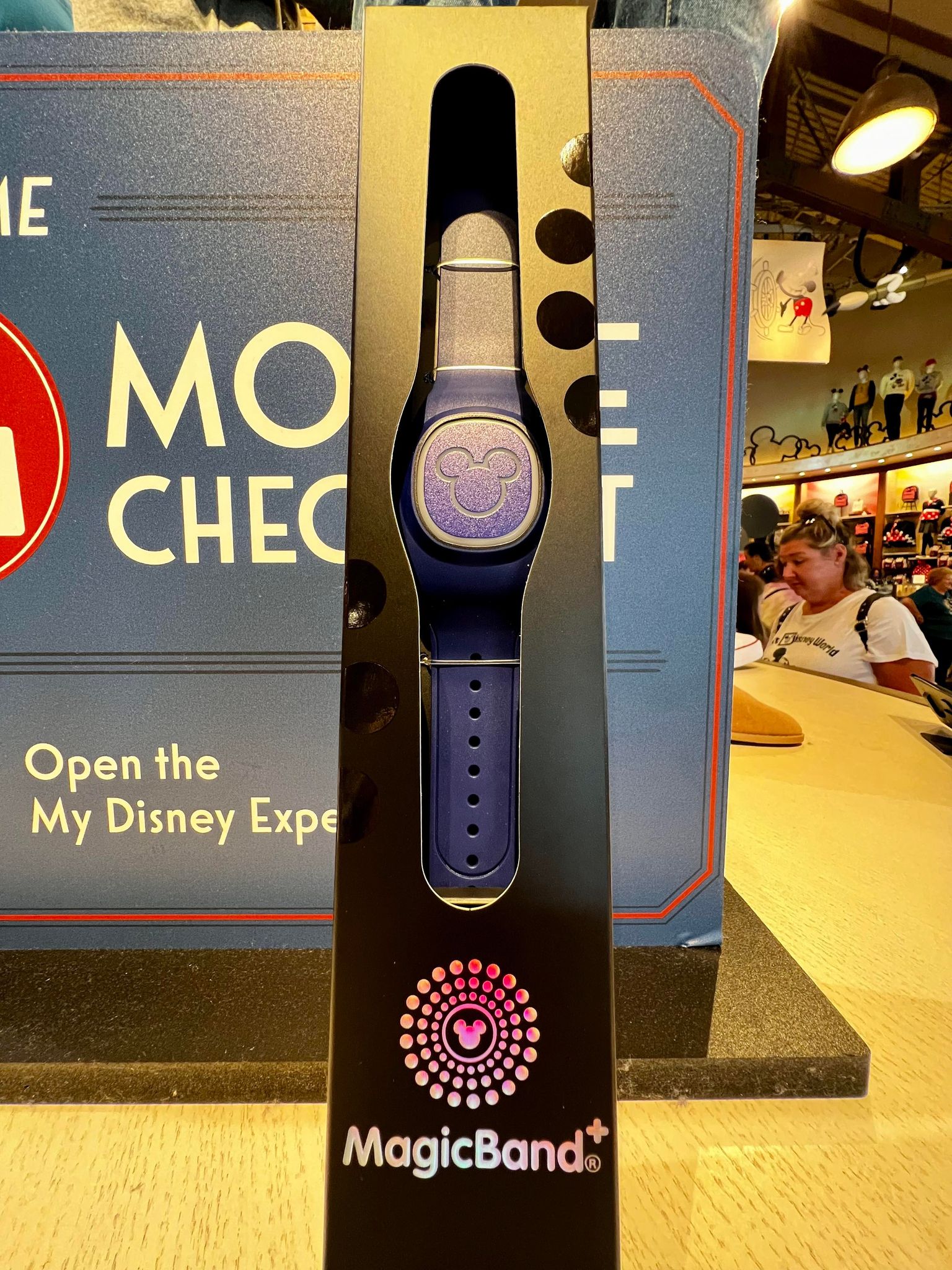 After all, the parks will sell them in a matter of weeks. For now, they don’t really do anything.

During the media day, Disney showed off the new capabilities of the new MagicBands, though. 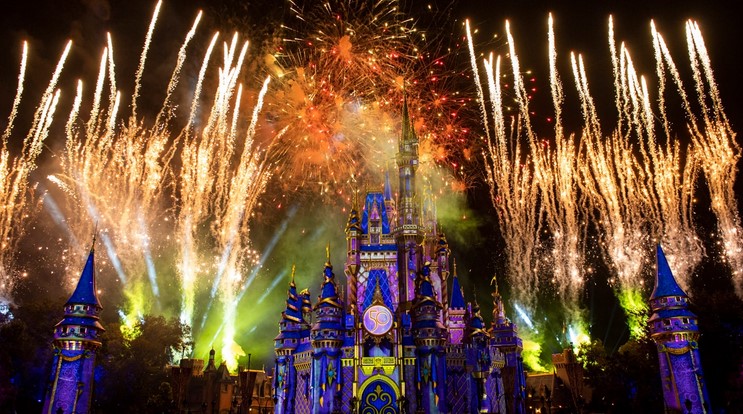 The MagicBand+ will include some glow tech that makes it ideal for nighttime presentations at the parks. Your wristband will thump to the music.

Also, the device will connect with the various Fab50 statues throughout Walt Disney World. 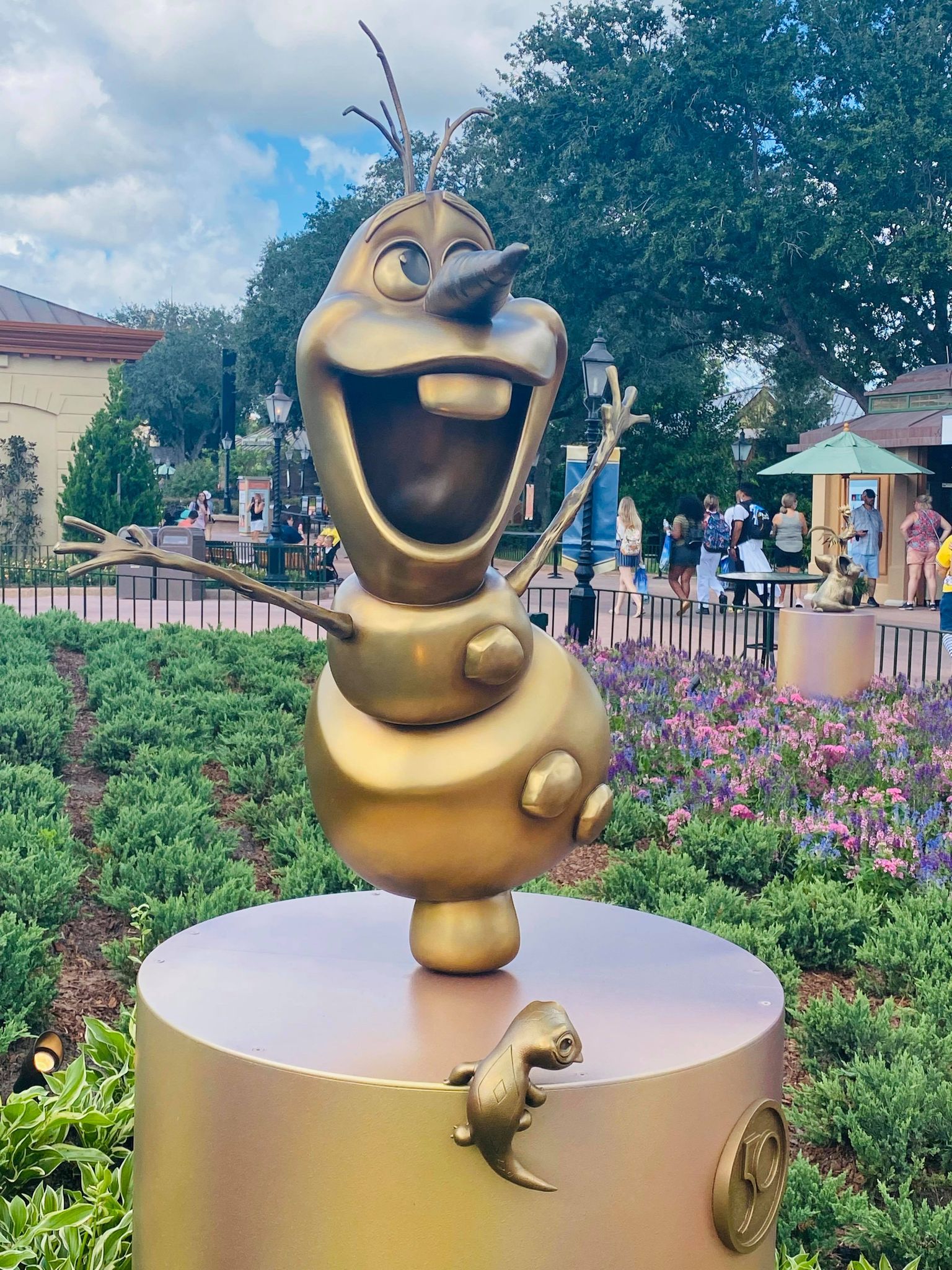 In one case, a Guardians of the Galaxy statue triggered some pop music. Peter Quill would approve.

This activity requires you to discover and complete missions at Black Spire Outpost. You earn galactic credits once you accomplish your goals, just like on Millennium Falcon: Smugglers Run. 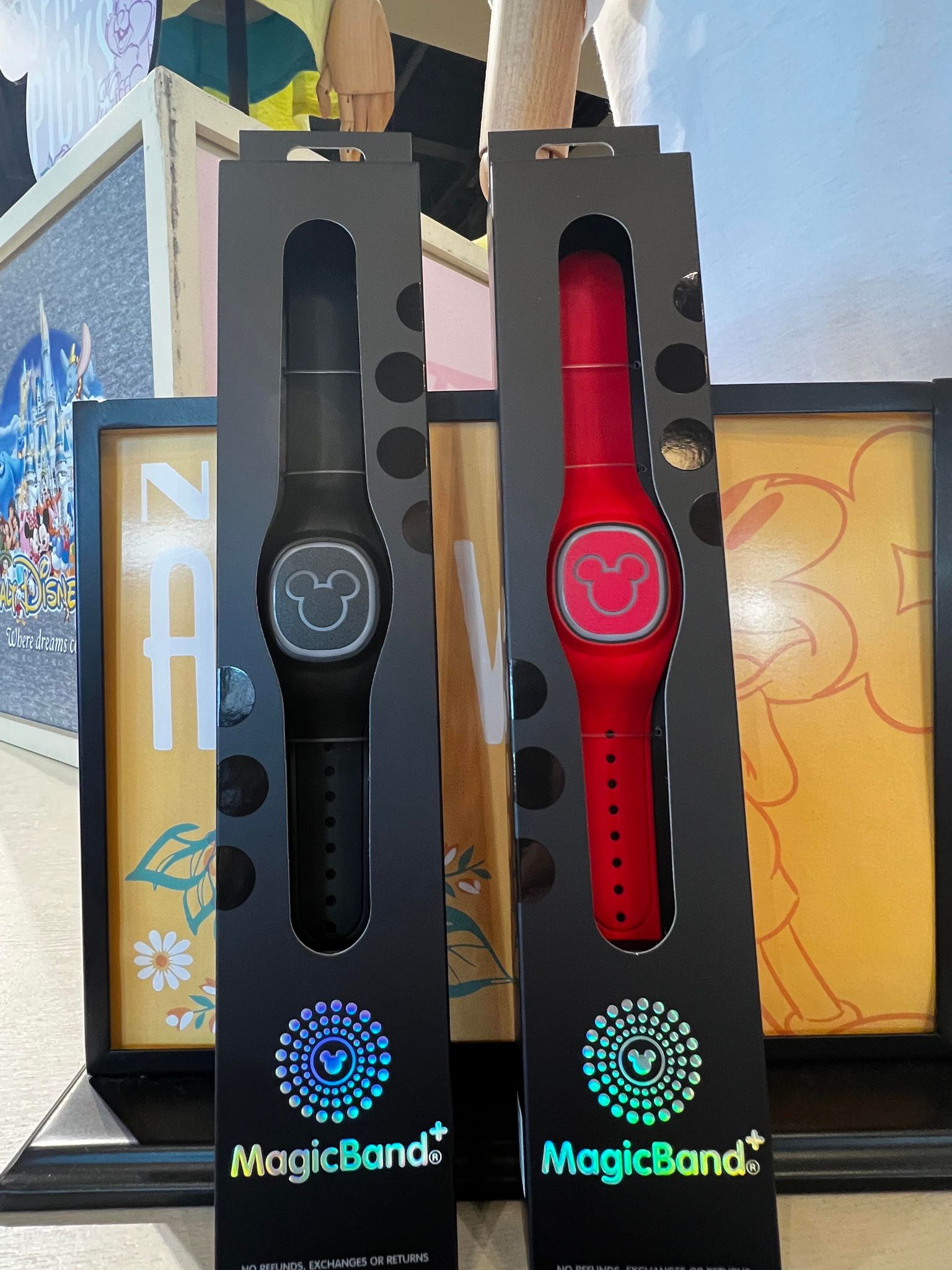 We also learned that MagicBand+ devices require charging via an included USB device. That’s something different from the old iteration of MagicBands.

Disney hasn’t named an exact date in June for the devices. However, they did sell for $29.99 on May 1St. As such, we can safely expect that to be the price. 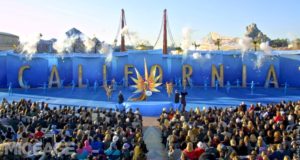 Whenever someone new debuts in a movie or Disney+ series, the character also appears at DCA.

This week, we got a new entry when America Chavez started waving to guests.

This character plays heavily into the story of Dr. Strange in the Multiverse of Madness. So, park guests will relish this opportunity to interact with her and learn more. 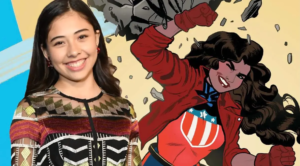 The Scarlet Witch has also returned to DCA. She’s wearing her black “Darkhold” outfit. You’ll want pictures of her in this costume if at all possible.

At Disney’s Animal Kingdom, the parking lot trams will finally return on May 27th.

That’s Memorial Day Weekend, which will likely come with the largest crowds since the pandemic’s start. Ergo, we needed these trams back in operation. 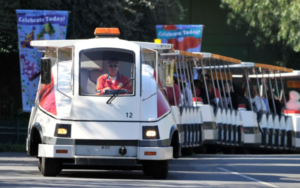 Speaking of which, Kevin the mama from Up is once again roaming Animal Kingdom. You should always stop and say hi to Kevin. It’s wildly entertaining. 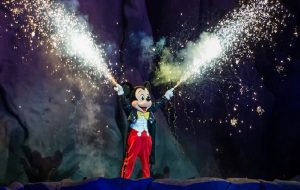 Finally, Disney has confirmed a significant change to the Fantasmic! presentation at the park.

The former Pocahontas scene, which lasts about four and a half minutes, won’t return. 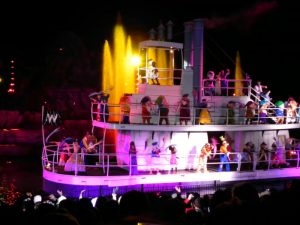 These sequences will come with new technical enhancements as well. Alright, Fantastic! will look slightly different the next time you watch it!

Have a great week my friends!