Not all the thrills at Walt Disney World happen at the parks. You’ll discover many other sources of entertainment elsewhere on the Disney campus.

Here are nine things you didn’t know you could do at Walt Disney World.

Buy Food from a Viewfinder

Did you know that a handful of Disney restaurants offer secret menus? You probably don’t because you’re not supposed to know that! It’s how secrets work!

MickeyBlog is happy to let you in on this pleasant surprise, though. We’ve previously discussed these secret menus. 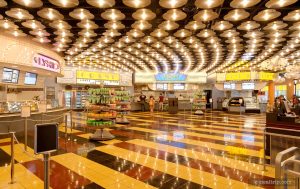 You’ll discover the best of them at World Premiere Food Court at Disney’s All-Sar Movies Resort.

This secret menu also makes you feel like a secret agent. A cast member will deliver a steel briefcase that contains a pair of Viewfinders. These devices reveal the secret menu! 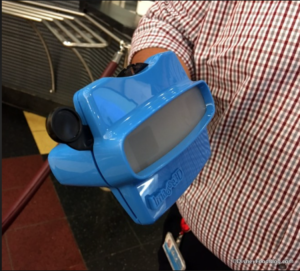 Dance the Night Away

You may not think of Walt Disney World as a place to spend the night dancing away life’s problems, at least not since Pleasure Island closed.

That’s an inaccurate assumption, though. The Disney campus still includes multiple places where you can dance. 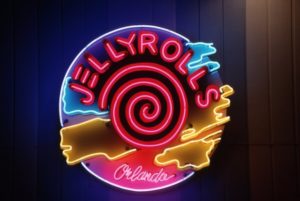 On Disney’s BoardWalk, you’ll find two options: Jellyrolls and Atlantic Dance Hall. However, I recommend a place at Disney Springs instead.

The Edison hosts some fascinating tumbling and acrobatic performances at night in between live bands and dance sessions. It’s probably the best nightspot at Disney right now. 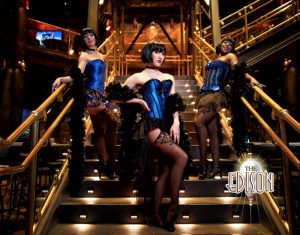 Sometimes in life, something happens that causes you to reevaluate everything you think you know.

You’ll find one such experience at The BOATHOUSE at Disney Springs…but not inside the restaurant. 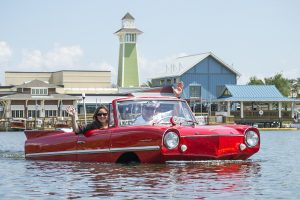 You’ll notice some stylish convertibles on the left side of the entrance. A captain will happily drive you on one of these.

However, the place WHERE they drive you may freak you out. These cars drive straight into the water because they’re Amphicars! They can drive on land or sail on the water. 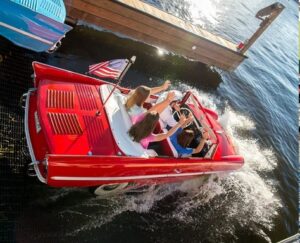 You’ll feel like James Bond the first time you ride in an Amphicar, presuming you can get past the disconnect of driving a car on water.

Learn How to Surf

Have you ever wanted to learn how to surf? Then look no further than Disney’s Typhoon Lagoon to bring your dream to life! 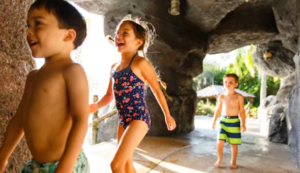 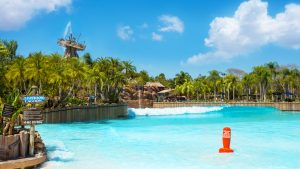 My one caveat here is that Disney hasn’t brought back surfing lessons since the pandemic’s start. However, I expect that to happen at some point this summer.

Live Out a Star Wars Fantasy

You can achieve this goal in one of two ways, one of which is free. But, unfortunately, the other is most decidedly not free. 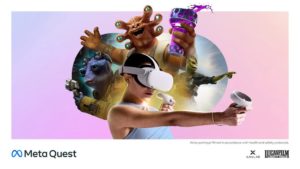 Disney won’t charge you a thing to play Star Wars: Tales from the Galaxy’s Edge in this setting. However, you’re really just playing a video game like you could do at home. 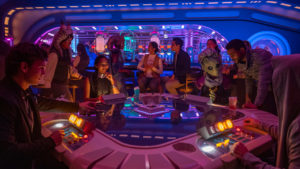 Of course, calling this vacation a hotel stay is kinda like calling Mike Trout a baseball player. Anyone can grab a bat, but nobody else can do what he does. 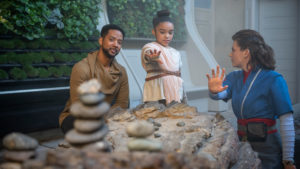 The same thought process applies to Galactic Starcruiser, an immersive interactive experience that changes depending on your decisions.

You spend two full days living out your own Star Wars adventure wherein you’re the hero or the villain, depending on which you prefer. There’s nothing else like it in the world. 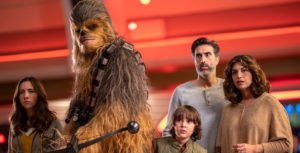 You’ll find the Tri-Circle-D Ranch at Disney’s Fort Wilderness Campgrounds. You can think of it like a dude ranch that Disney has hidden in plain sight near Magic Kingdom.

Many of the horses that you watch at Magic Kingdom and other parks live at this ranch. Disney transports them to the parks for various shows and performances. 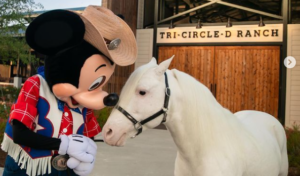 However, you can skip the crowds by heading to the dude ranch. While there, you’ll enjoy the opportunity to ride a horse for a nominal fee of $55 per person.

For that money, you’ll spend 45 minutes on a horseback trail at Walt Disney World. There’s nothing else like this opportunity on the Disney campus.

Ride in a hot air balloon

At Disney Springs, you’ll notice one offering long before you approach it.

Yes, some steampunk fan has constructed a giant hot air balloon that’s the de facto centerpiece for Disney Springs as a whole.

The awkwardly named Aerophile – The World Leader in Balloon Flight provides balloon rides to paying guests. No, it’s not free, but it’s worth the money.

When you ride on the Aerophile, you’ll gain an unprecedented view of Disney Springs. Plus, you can look down at all the other guests gazing up jealously at you! 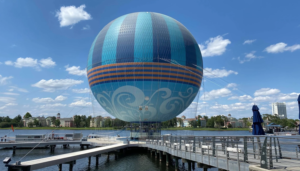 Watch Movies Under the Stars

I love this option so much. Many official Walt Disney World hotels host Movies Under the Stars.

On these magical evenings, guests put down blankets and sit on the grass near projection screens. Then, we watch classic Disney movies. 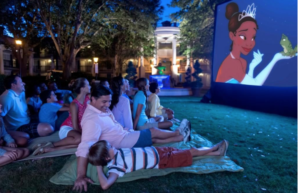 These are some of the most communal experiences available at Disney. I highly recommend doing this at least once during your next trip.

Remember that you don’t have to stay at the hotel to watch the film. Disney doesn’t check IDs or anything. Management simply wants everyone to have a good time. 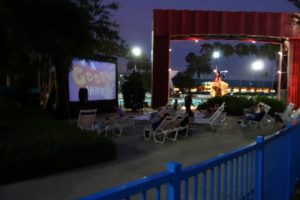 You know that you can head to Conversation Station or Kilimanjaro Safaris at Disney’s Animal Kingdom to interact with the animals.

You may not realize that you can do the same thing in a much less crowded setting outside the parks. 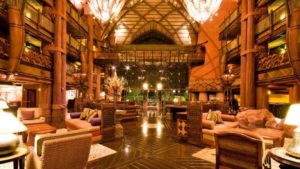 At Disney’s Animal Kingdom Lodge, animals live in savannahs just past the hotel lobbies at the resort.

So, you can grab a ride to the hotel, walk out the back door, and watch animals frolic playfully right in front of you.