Over the past decade, Disney Springs has dramatically expanded its number of stores and restaurants.

In fact, you may feel overwhelmed by the sheer volume of choices available. But don’t worry! Mickey Blog is here to help you out! 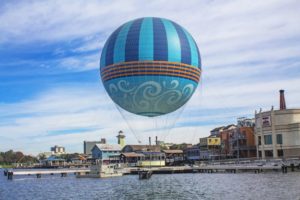 Should you eat at these Disney Springs restaurants? Let’s weigh the pros and the cons…

For the longest time, Art Smith’s claim to fame was that he worked as Oprah Winfrey’s personal chef. 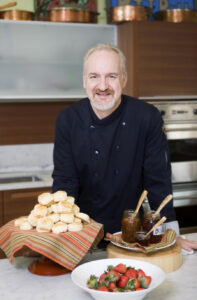 However, her constant comments about Smith’s tasty cuisine elevated his profile and turned him into a world-renowned celebrity chef.

Smith has written several best-selling cookbooks and generally developed a reputation as one of the kindest people on the planet. 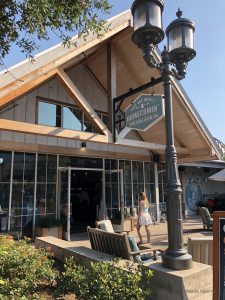 Before all that, Smith grew up in Florida and worked in Walt Disney World’s college program.

In 2015, park officials came calling and invited Smith to return home to open a restaurant.

That place, Art Smith’s Homecomin’, has evolved into one of the most popular dining options in Orlando. 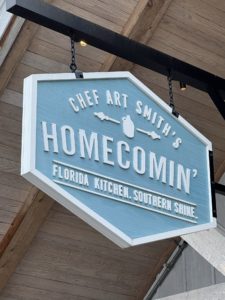 Do you like comfort food like chicken and waffles? What are your thoughts on donuts and biscuits?

I think you can tell where I’m going with this. The pro of Art Smith’s Homecomin’ is simple. 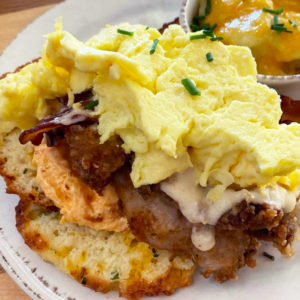 The cuisine here rivals anything else at Walt Disney World. Seriously, the first time I dined here, I felt like the mother ship had called me home.

All the menu items represent staples of southern cuisine, and Smith’s recipes remind me of every church picnic I ever had. 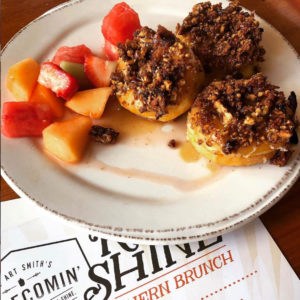 As I type this, Homecomin’ is one of the highest-rated restaurants in Central Florida on TripAdvisor. And my primary complaint is that it’s not in the top 10.

Snagging a reservation here is more challenging than getting tickets to watch the last show of The Rolling Stones.

Seriously, you’ll feel like you’re fighting teen girls for the rights to a private BTS concert.

Demand for Homecomin’ is so outrageously high that it’s turned into one of the toughest tickets in town. 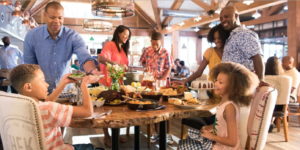 Oddly, that really wasn’t the case during the restaurant’s first year. Then, the buzz grew among locals. Now, it’s like a rigged lottery where I never have the winning ticket.

You absolutely want to eat here. In fact, you may hear angels playing harps during your meal.

I’m not saying the food is ambrosia, but it sure beats anything that Guy Fieri could ever cook. Speaking of which…

OK, that was a cheap shot. I admit it. Honestly, I kinda like Guy Fieri, who seems like an affable man. 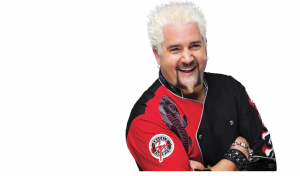 The whole Flavortown gimmick never worked for me, but I’ve watched some of his Food Network shows over the years. The dude undeniably loves food.

I presume the inspiration for Chicken Guy! tricked down from his frequent sampling of chicken tenders over the years. 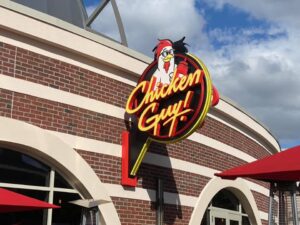 Fieri understands that the basic taste of chicken is a known quantity, not something that even the finest chefs can impact much.

However, the accompanying dipping sauce can make all the difference in the world. So, he started a restaurant chain with 22 dipping sauces. 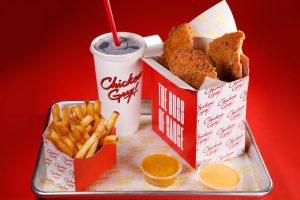 Yes, each of them gets a silly graphic on the official site. And yes, some of them are scorching hot.

The massive pro here is the price. Out of everything we discuss today, this one’s the cheapest. Some of the sandwiches cost $7-$8. 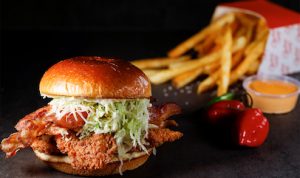 You can order a combo with sides for $11-$14, which is extremely cheap for Walt Disney World.

In truth, the only other place in the area with comparable processes is the food truck area at Disney Springs.

The menu here comes in two forms: chicken and salad. And if you’re in the mood for a salad, you’re visiting the wrong place.

So, when you crave diversity, this ain’t the place. Similarly, it’s a terrible compromise choice for large groups. 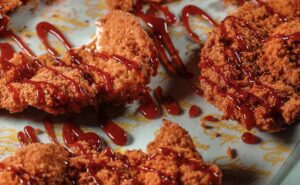 If anybody in your party doesn’t like chicken tenders, they’re screwed. Of course, there’s a shareable side of Mac ‘N’ Cheese that’s pretty good, but still.

This restaurant is for chicken lovers only. 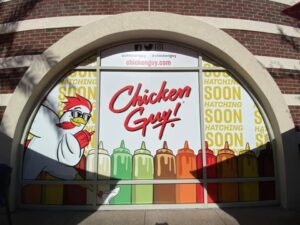 Honestly, I just hit on the crucial part of the discussion. How do you feel about chicken tenders?

If you love them and get excited at the thought of trying 22 dipping sauces, THIS is the place. 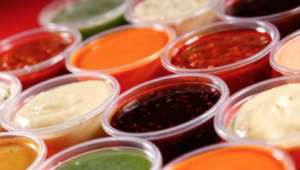 Have you read the news lately? Jose Andres, one of the most philanthropic people on the planet, is currently feeding Ukrainian refugees.

I honestly don’t know what else this man needs to do to win a Nobel Peace Prize. He’s an international treasure and a hero. 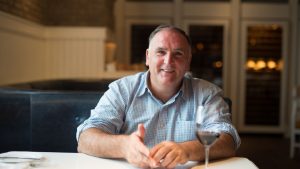 So, the dude can cook. He won Chef of the Year through two different organizations, GQ and Bon Appetit.

He would also earn a spot as one of the top 50 chefs on the planet in virtually any independent list. He’s the gold standard and a humanitarian to boot. 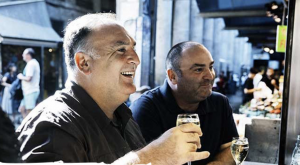 Andres describes Jaleo as his most personal restaurant. It demonstrates the flavors and spirit of Brazil through succulent small bites.

Tapas bars are wildly popular in society right now. Jaleo distills the concept to a tasting menu full of shareables. 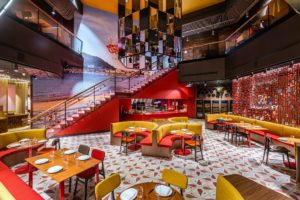 Have you ever eaten ibérico pork? It’s only possible if you’d eaten a specific kind of meat from Spain, and believe me. You will KNOW if you’ve had it.

This stuff is jaw-dropping. It changed my entire world view. 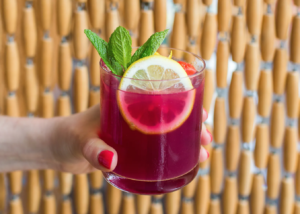 Oh, the restaurant comes with a second specialty as well. So when you’re in the mood for sangria, this is the only place at Disney to go!!!

You might not be someone who likes to share your foods, particularly in the wake of the pandemic. If so, you should look elsewhere. 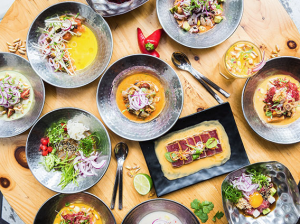 Also, the prices here might give you sticker shock. Out of the four options today, Jaleo will likely cost the most. However, that’s not certain.

You have rare control over your menu orders, and some entries cost as little as $13. So, your budget can expand or contract, depending on your needs and wants. 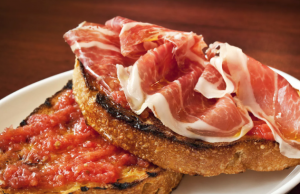 I’m always nervous about the full-throated recommendations of Jaleo. I say this because it’s a different kind of dining experience. Not everyone loves it.

However, presuming that you don’t mind leaving your comfort zone for a good meal, this is the type of place that may redefine your palace. 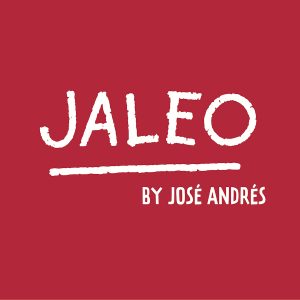 Once people sample the food of Jose Andres, they often become superfans. He’s an exceptional talent and an even finer person.

As such, Jaleo is precisely the kind of business that we all want to support. So, I think it’s worth your time, at least once.