When planning your next Disney World vacation, one of the first decisions you’ll likely make is where your family will spend each night! Picking the right hotel can be a daunting task since there are so many options, so the first factor you’ll probably consider is what you can afford when choosing to stay on Disney World property. Disney breaks its hotels up into three major categories based on price: Value, Moderate, and Deluxe.

Today, we’re going to weigh the pros and cons for staying at Disney World’s Deluxe Resort hotels. You can see our pros and cons for Value resorts here and for Moderate resorts here! Deluxe hotels offer top-tier amenities for top-tier prices. They also offer perks such as awesome pools, top-rated dining, and easy access to the parks. But is it worth the cost?

Pros to Staying at a Deluxe Resort

There are plenty of reasons why you may want to stay at a Disney World Deluxe Resort hotel on your next vacation. For starters, these hotels offer top tier amenities. If you want to stay on Disney World property and have the ultimate luxury experience, then the deluxe hotels are going to be where you’ll want to look first. 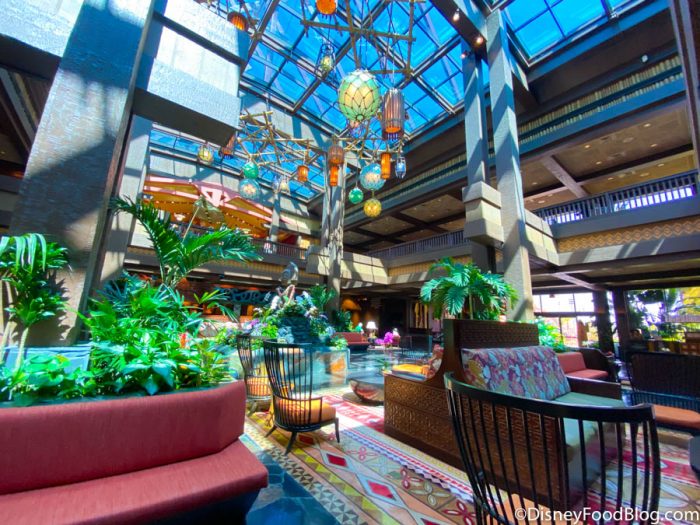 The deluxe hotels feature highly themed resort grounds and guest rooms, with tons of attention to every detail. Most have multiple pools to lounge by and enjoy (BTW, some of the deluxe hotels have the best pools on Disney World property), as well as fitness centers, room serviceand even Club Level/Concierge accommodations for an additional fee. 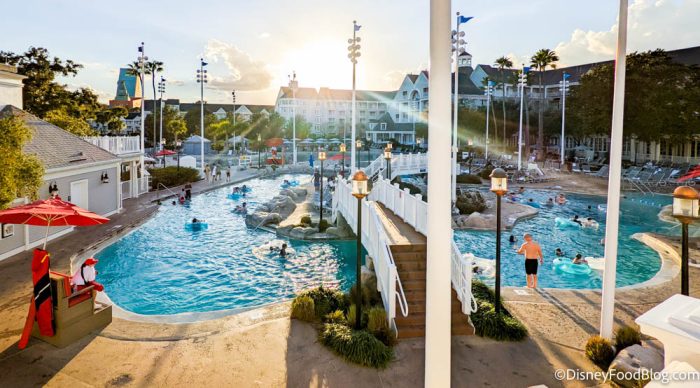 There are also multiple dining options at each deluxe hotel. While the Value Resorts only offer counter service dining and the Moderate Resorts are typically limited to just one table service restaurant, Disney World’s Deluxe Resort hotels offer multiple table service restaurantssome of which are among the best dining across Disney World property. 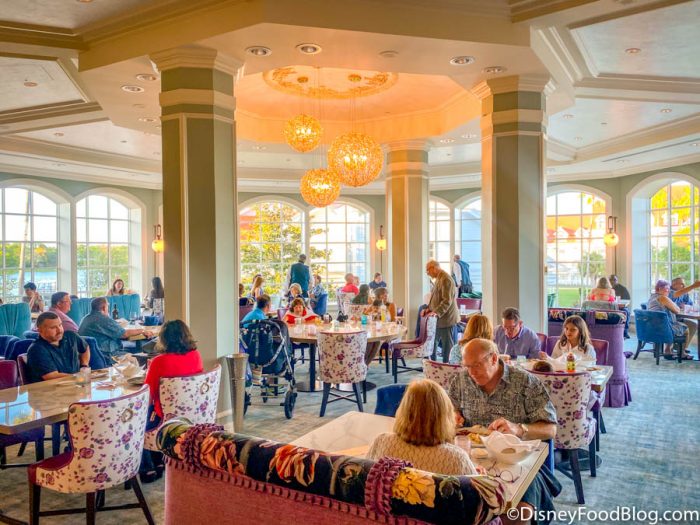 Citrico’s got a Mary Poppins theme

Signature dining options other character dining options are exclusively available the the deluxe hotels. Resorts like Disney’s Animal Kingdom Lodge, Disney’s Polynesian Village Resort, and Disney’s Grand Floridian Resort and Spa are worth a visit even if you aren’t an overnight guest just for the dining! 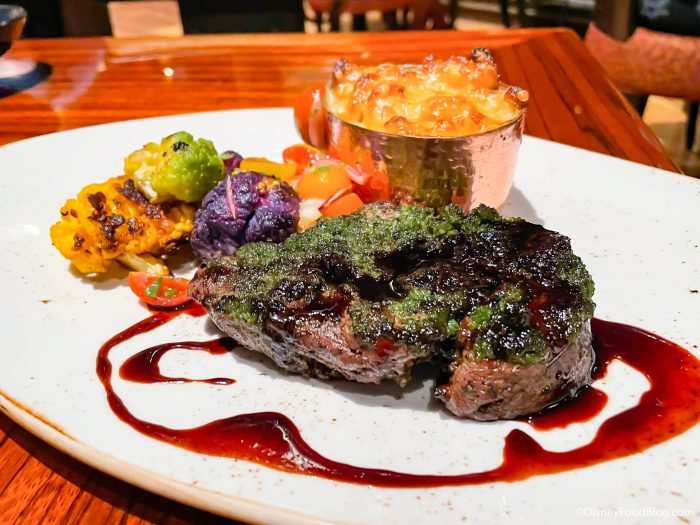 This was plated beautifully!

Most deluxe hotels offer their guests multiple transportation options to get to and from the theme parks, and most deluxe hotels are usually pretty close (sometimes within walking distance) to at least one of the parks! 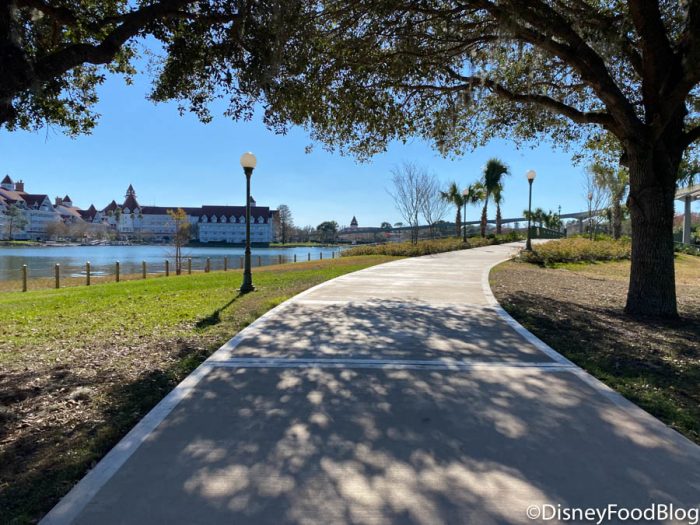 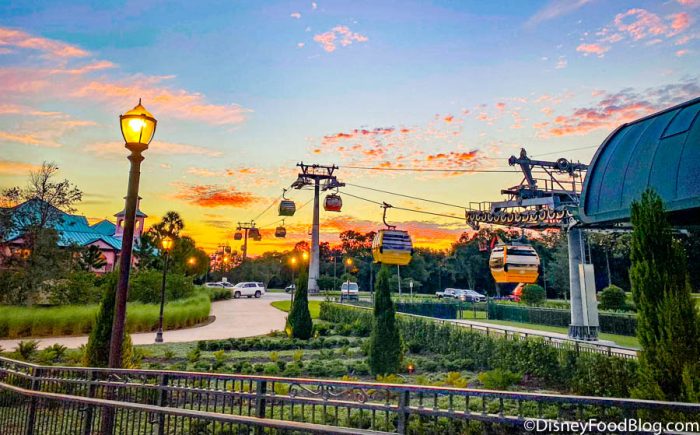 Another BIG perk (pun very much intended) are the Larger size guest rooms! Some Disney World hotels have notoriously tight accommodations, but the deluxe hotels are sometimes the exception to that rule. In some cases you’ll find that the deluxe hotels give you plenty of elbow room. 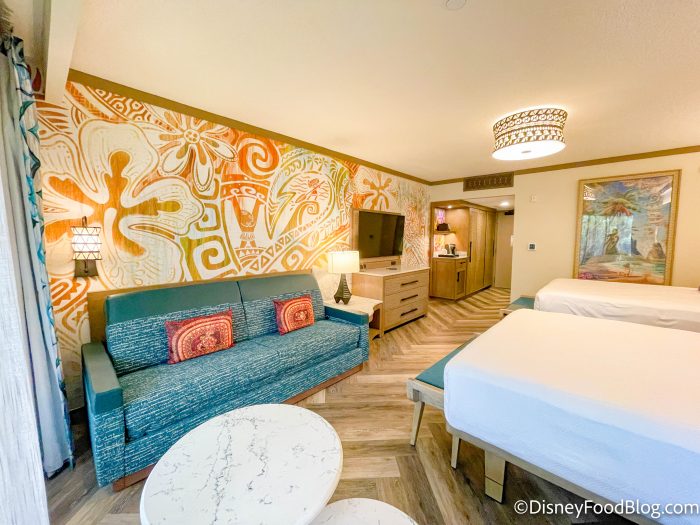 Refurbished Guest Rooms at the Polynesian

Finally, staying at a Deluxe Resort makes you eligible for Disney World’s Extended evening theme park hours. On select nights, certain parks will remain open past normal operating hours — but unlike Extra Magic Hours which were available to all on-property resort guests, These extended evening hours are ONLY for guests staying at Deluxe or Deluxe Villa Resorts. This exclusivity could make for even lighter crowds, which is indeed a neat perk.

Cons to Staying at a Deluxe Resort

Almost everything at Disney World comes with a price tag, and deluxe accommodations are no exception. In fact, perhaps the biggest downside of staying in one of Disney World’s Deluxe Resort hotels is just that — they’re expensive! 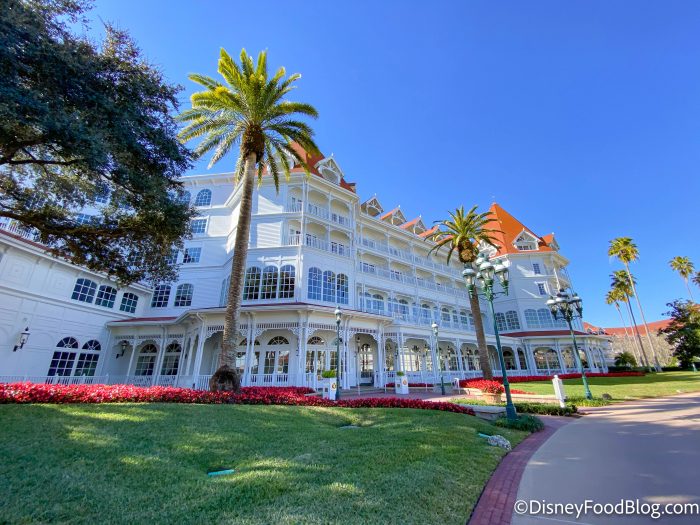 This is important to keep in mind not only from a purely financial perspective, but also from a value perspective in getting your money’s worth. If you are not planning on spending any time at your hotel and you’re likely going to be in the parks from opening until close, then a deluxe hotel stay is probably NOT worth the cost. You can easily stay at a Value or a Moderate Resort for more nights (which means MORE time in the parks). 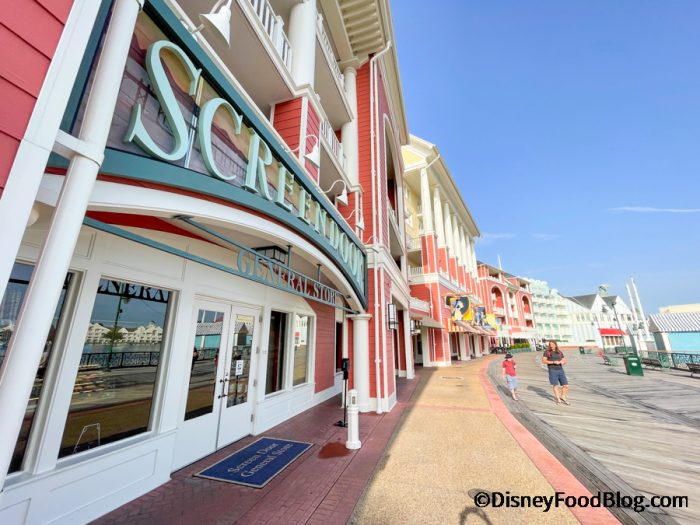 There’s a lot to see and do at Disney’s BoardWalk Inn!

You may also find that deluxe hotels are particularly noisy. Some resorts (especially those located near the parks, like the Monorail Resorts around Magic Kingdom or the resorts just outside of World Showcase at EPCOT) will get heavy foot traffic from both overnight guests as well as guests visiting for a meal or just to look around. If your idea of ​​the ultimate resort stay involves any level of “seclusion,” then some of the more centrally-located deluxe resorts may not be for your family. 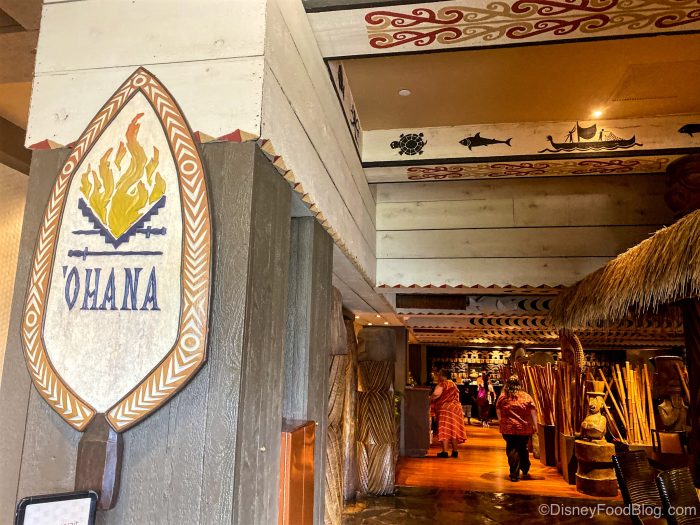 If you’re staying at the Polynesian, expect plenty of visitors looking to dine at ‘Ohana

Some of Disney World’s Deluxe Resort hotels are destinations in their own right, especially with their highly sought after dining options we mentioned earlier. They’re totally worth a visit on a day when you’re not in the parks — but that means they can get busy certain times of the day. Crowds aside, if you’re a family that likes to go to bed early, you may find that staying at a Deluxe Resort near the theme parks could get noisy with fireworks. 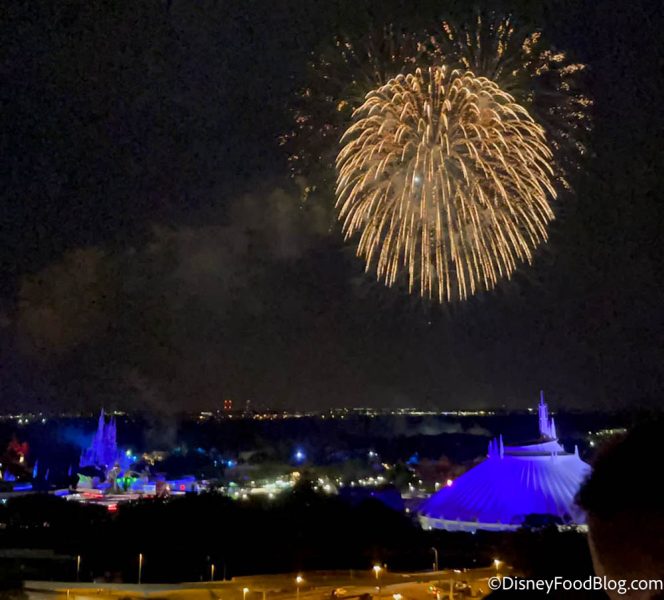 While some deluxe hotels are in prime locations just minutes from the parks, others are located in more inconvenient locations on property — choose carefully! For example, Disney’s Animal Kingdom Lodge is the closet resort on property to Animal Kingdom, but it is farther from everything else, making for long bus rides. on the flip side, the Monorail Resorts are SUPER close to Magic Kingdombut far from the other three parks. 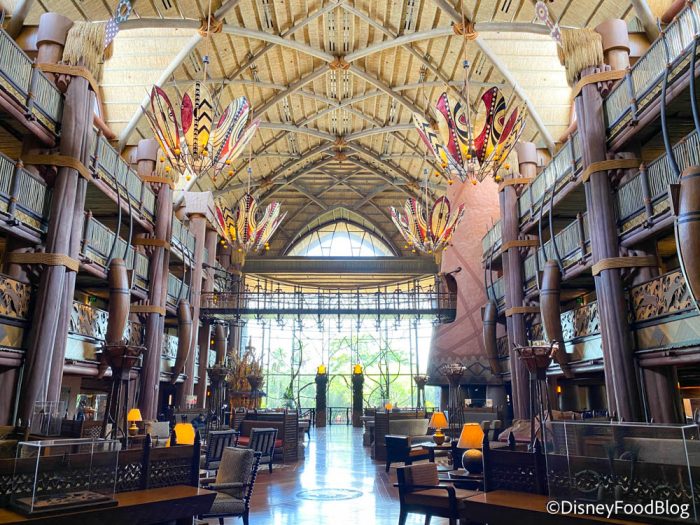 Some deluxe hotels have limited transportation options, leaving you with really just the buses as your only complimentary option to get to and from the parks. This can lead to lots of long bus rides every morning and every night, and if you’re staying somewhere like Disney’s Saratoga Springs Resort & Spa or Disney’s Old Key West Resort with those large internal bus loops, you can spend way more time on those buses than you may want. 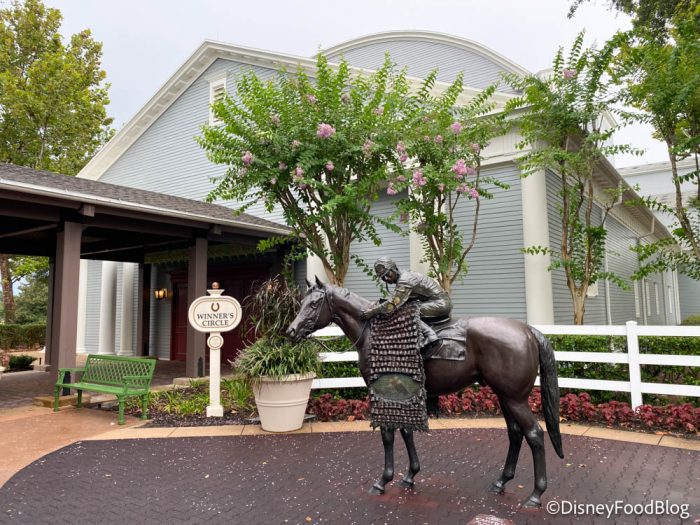 In fact, you may find that Several deluxe hotels lack those top-tier amenities we mentioned earlier. Not every deluxe hotel has spas, some lack a distinct theme, not all of their pools are that stellar, and some are less kid-friendly than others. in shorts, not all deluxe hotels are created equal!

Click here to read about some of the Disney World Resort hotels that some guests just hate!

It’s important to do your research ahead of booking a Disney World Deluxe Resort hotel. These hotels cost several pretty pennies, so it’s crucial that you make the right decision. Like we mentioned above, they aren’t all created equal — some will have great transportation options but will lack certain amenities like spas or a great pool, while others may have excellent restaurants but are very far from the parks. Figure out which of the perks are most important, and which of the cons you can live with the most — from there, you may find that the deluxe hotels are the only way you and your family want to do Disney World from now on!

Have you ever stayed at a Disney World Deluxe hotel? Which one is your favorite? Let us know in the comments!