It’s time for another round of what’s new at Disney’s Hollywood Studios!

Did you know that there’s a bubble wall shortage at Disney World? Find out all about our update and take a look at the continuing Toy Story Mania construction progress right here!

the Toy Story Mania queue is still under construction. As we’ve reported previously, the exit for the queue has been rerouted… 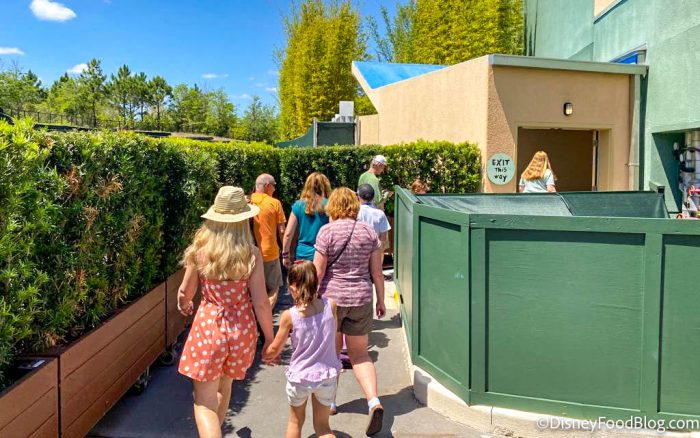 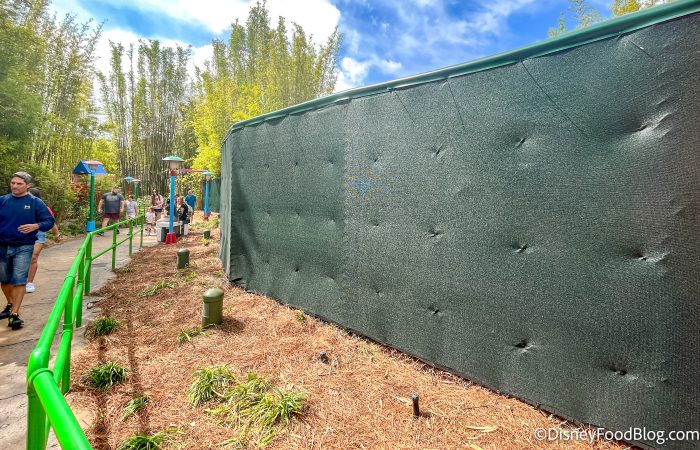 Over in Star Wars: Galaxy’s Edge, the Dianoga creature is still not appearing in the water tanks. 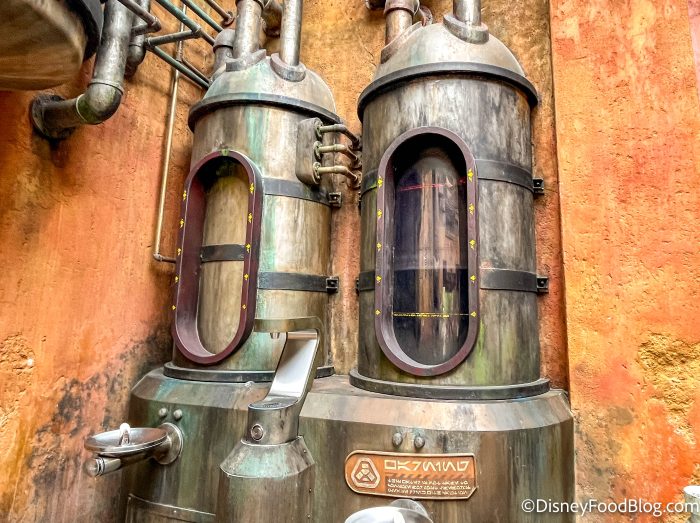 And we noticed a roped off pathway Located between Grand Ave and ABC Commissary. 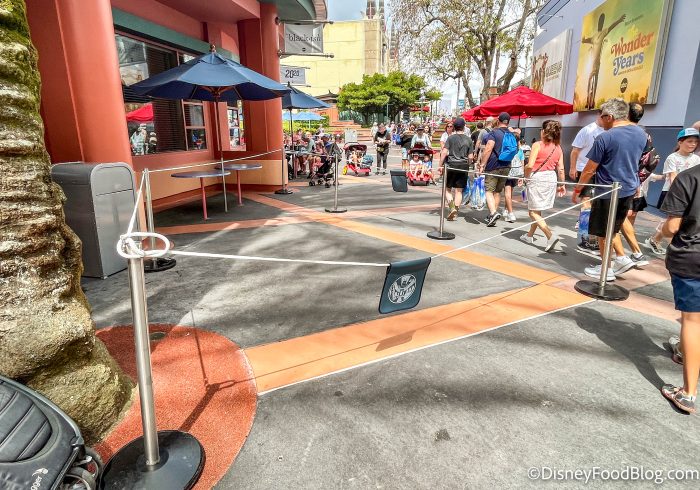 We’ll be watching these areas of construction closely for any more changes or updates!

Disney World is changing and these 12 construction updates prove it! 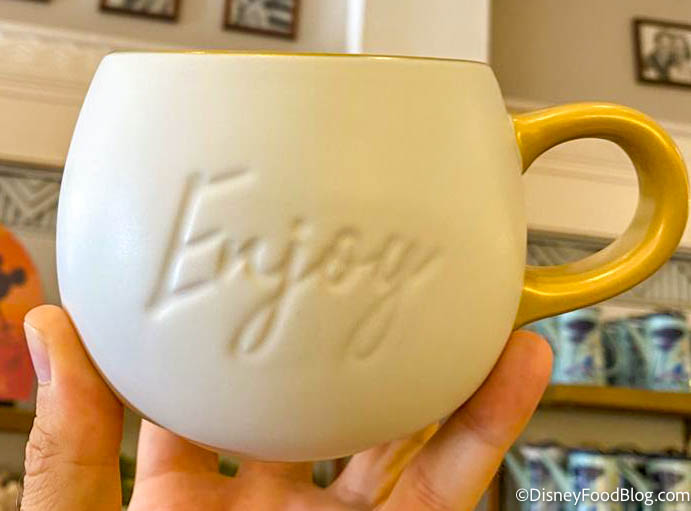 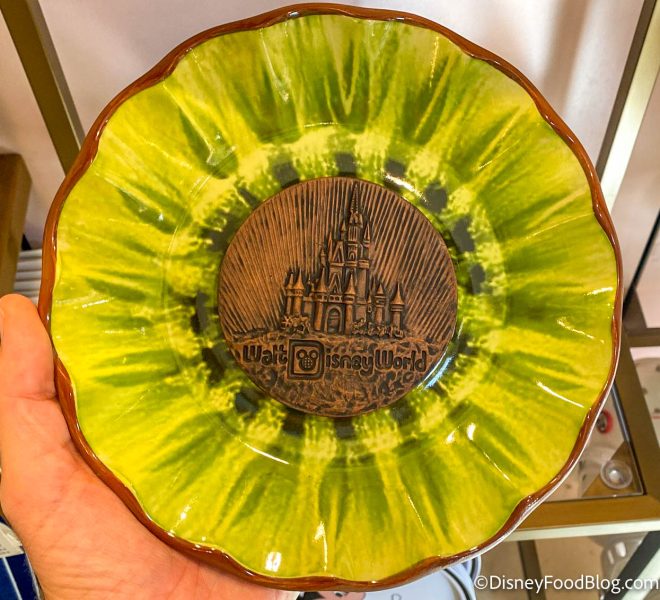 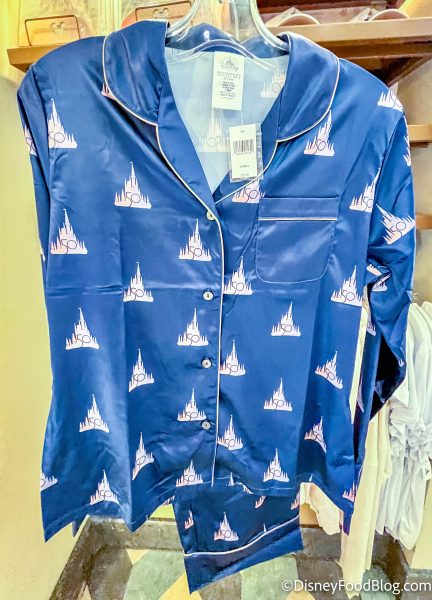 Check out the 50th anniversary shoes you can get at Disney World.

Legends of Hollywood had some new Pandora items, including this Star Wars Bangle that features two lightsabers on the inside of the bracelet. 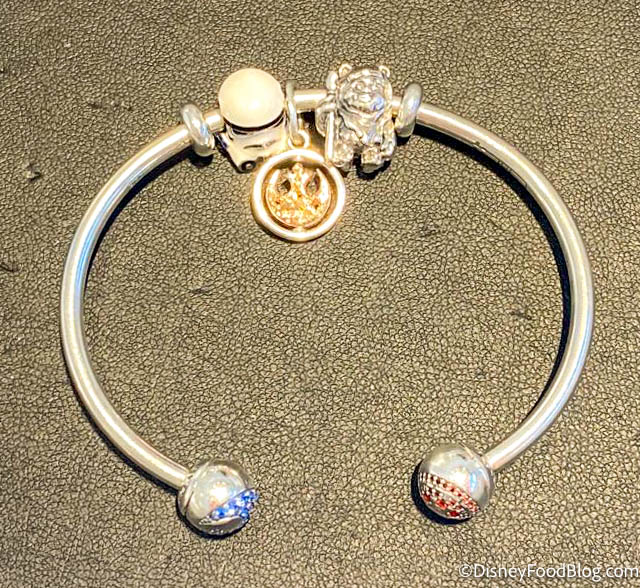 On the side of the bangle, it reads, “the force will be with you always.” The bangle costs $125.

The force will be with you always!

You can also get a Stormtrooper charm for $70a Rebel Alliance Symbol Charm for $85and on Ewok Charm for $60. 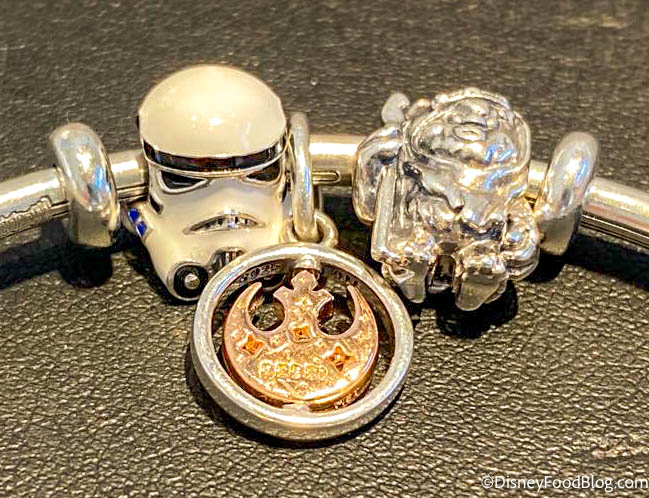 We’ve already seen the Ohana Charm, but we found a Graduation Stitch Charm for $90. One side says “Class of 2022” and the other side features Stitch. 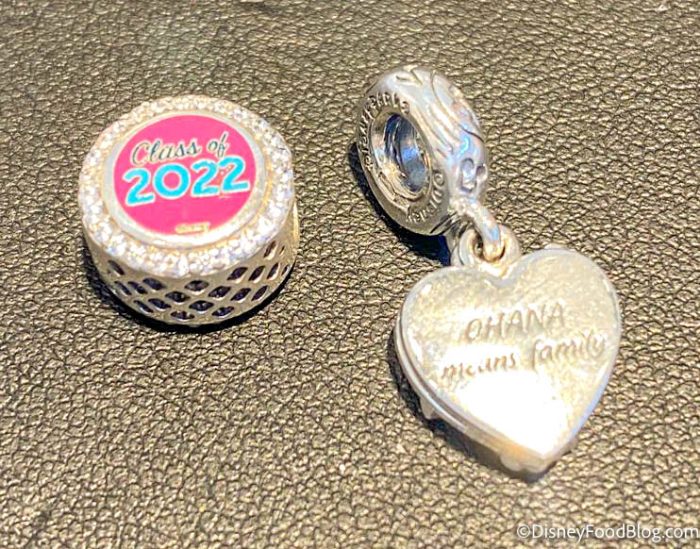 And we also caught a preview of an upcoming 50th Anniversary Dooney & Bourke Collection! 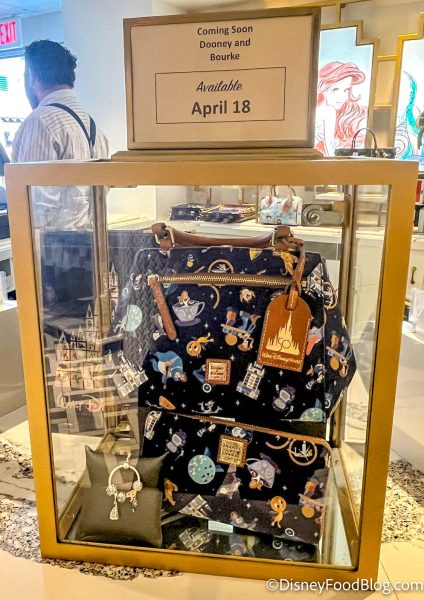 It looks like this collection will feature a dark blue print with Disney World landmarks and characters. It’s scheduled to be released on April 18th!

Once Upon a Time 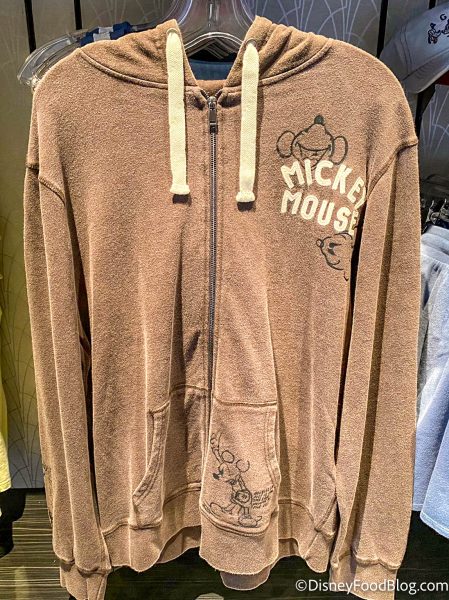 We’ve also spotted matching shorts in the past!

Check out the expensive souvenirs you can find in Magic Kingdom.

Sunset Couture had a denim Mickey Wallet for $16.99. 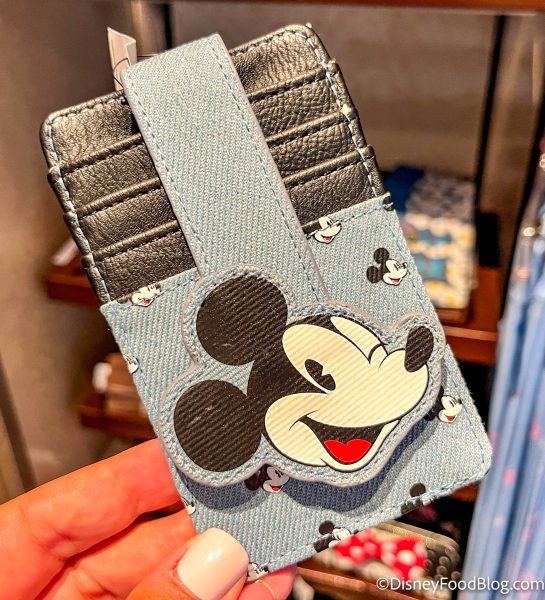 And we also spotted a Loungefly Dumbo Mini Backpack for $75. 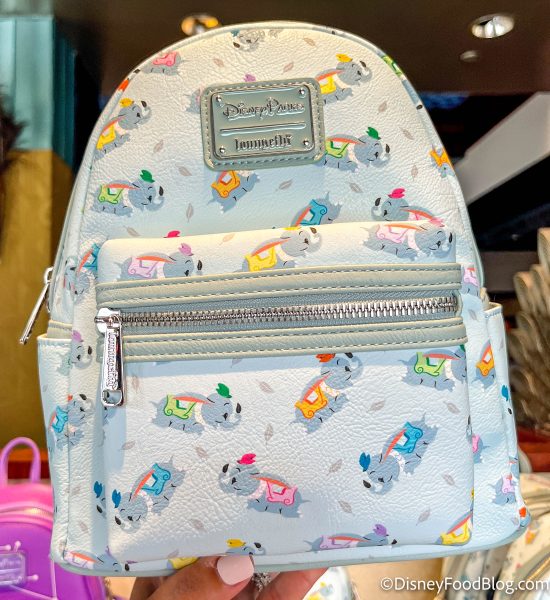 Grab a wallet AND a backpack on your next Hollywood Studios visit!

Do you think this Loungefly backpack is creepy?

Tatooine Traders had a Star Wars hoodie for $64.99. 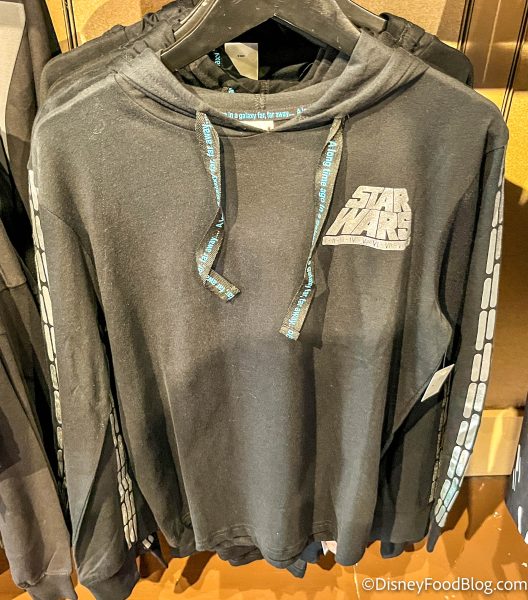 We also spotted some Starwars-themed WonderGround Gallery Postcards, like this one with Rey and BB-8… 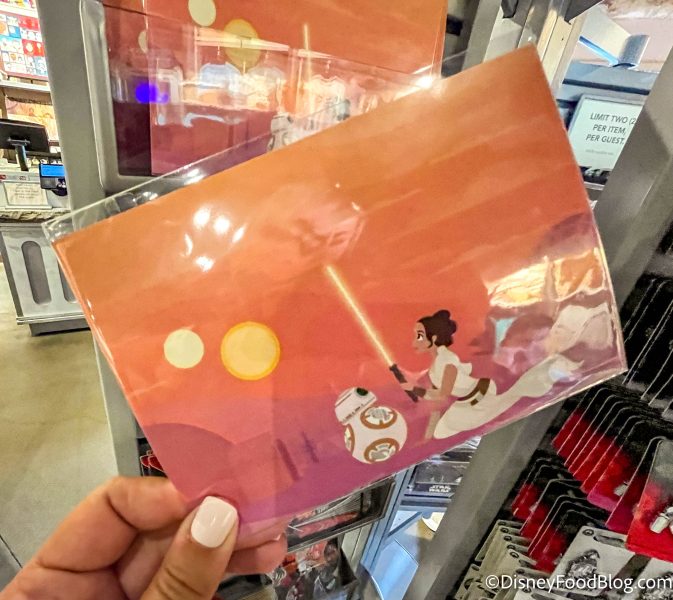 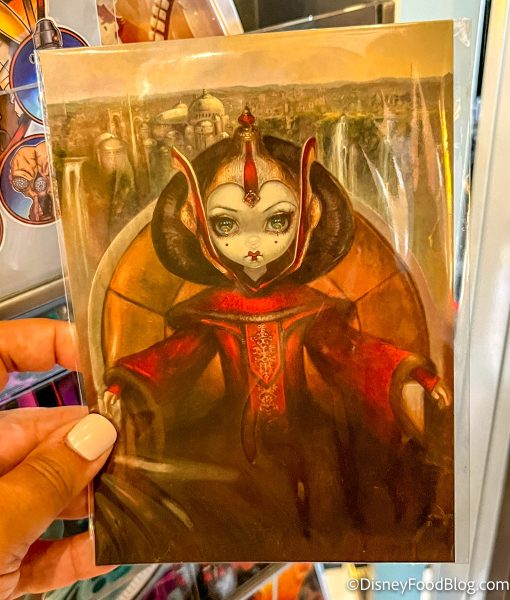 …an assortment of characters with Boba Fett… 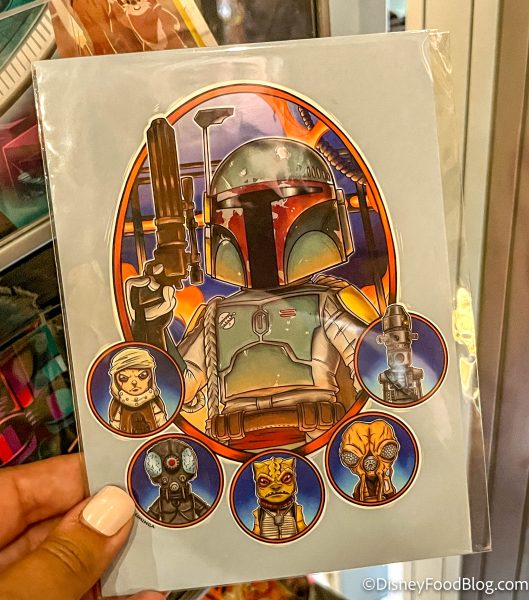 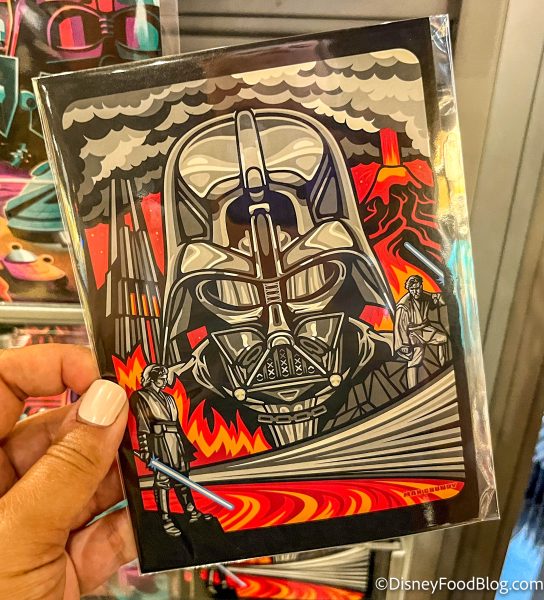 …a colorful space battle with the Millennium Falcon… 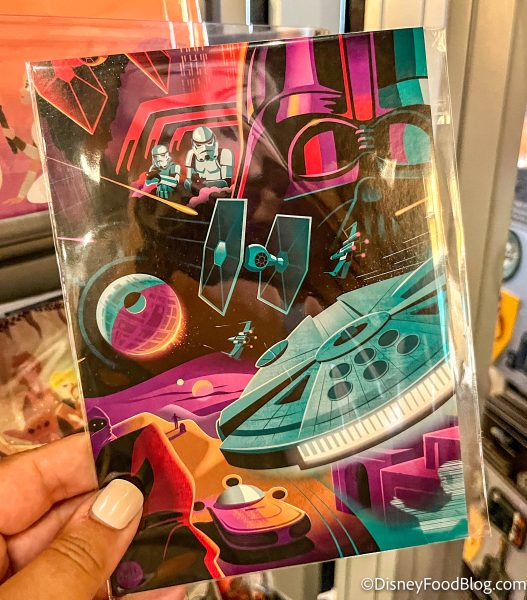 …a scene straight from Star Wars: Return of the Jedi… 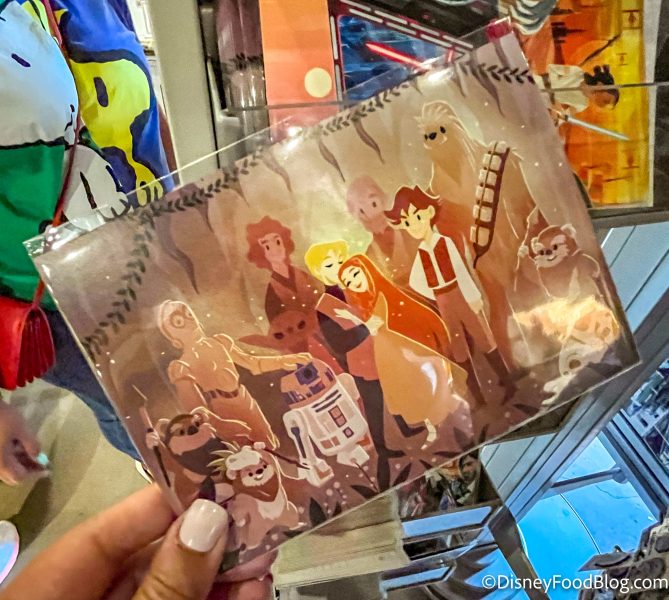 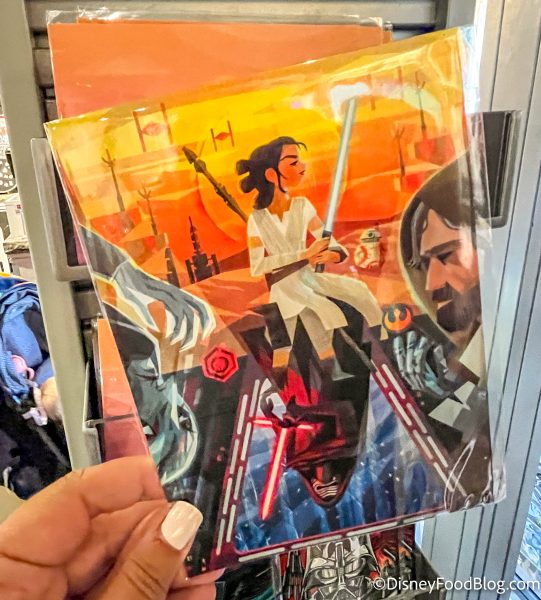 How to bring Starwars to your front door — literally!

Tower Hotel Gifts had a cute Tower of Terror Printwith some fans wearing Mickey hats in the foreground. 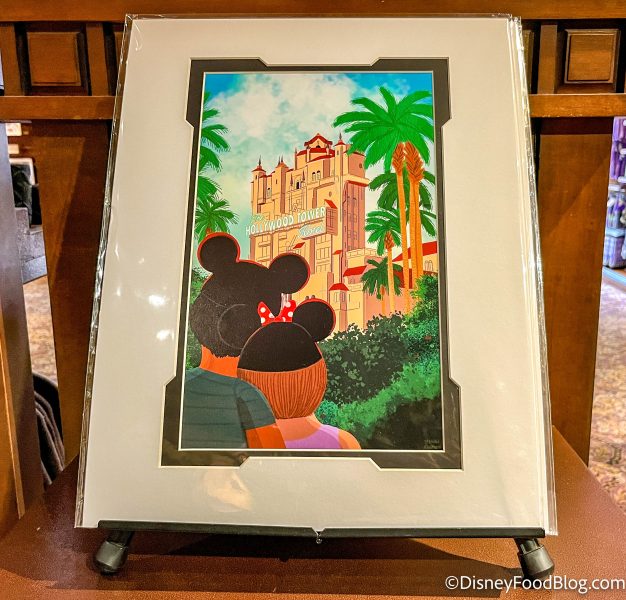 Keystone Clothiers had a Kids’ Marvel Spirit Jersey for $49.99… 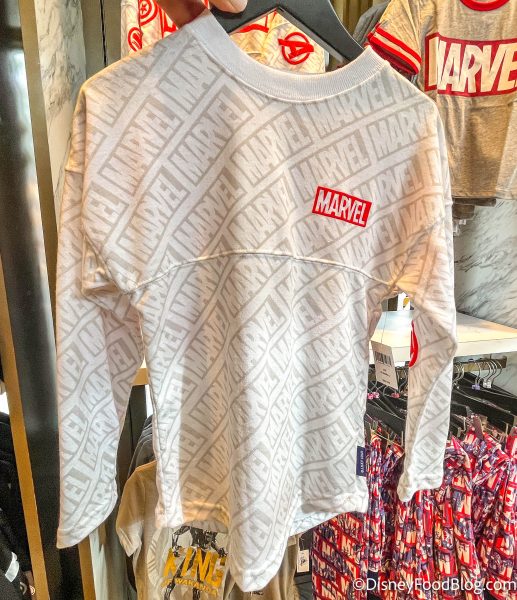 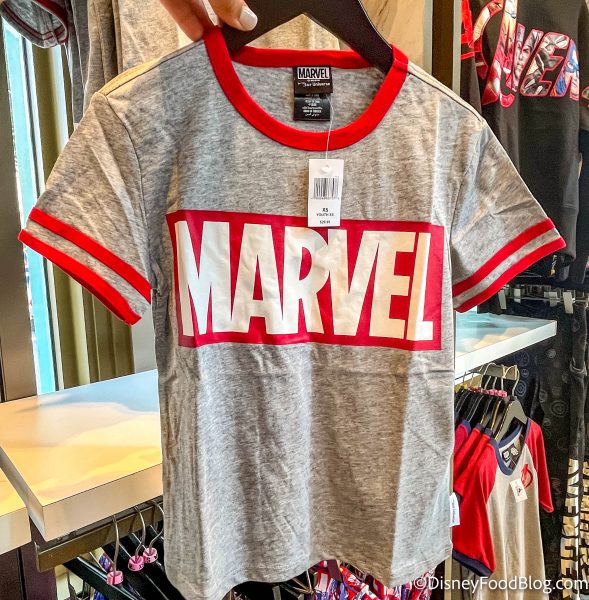 Can you have too many Marvel clothes?

Mickey’s of Hollywood had an amusing Seven Dwarf’s Tea. 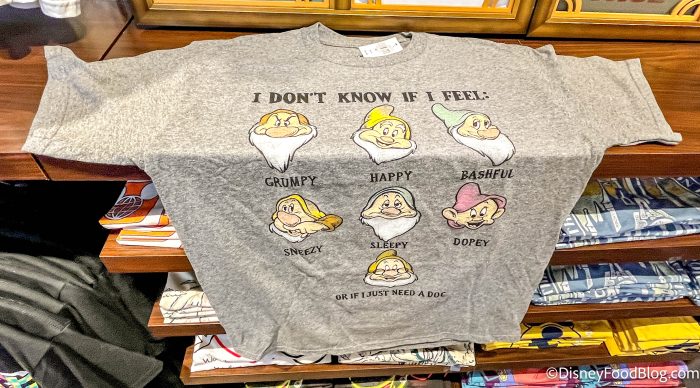 Check out the Seven Dwarfs treats in Magic Kingdom!

And make a note that bubble wands have been difficult to find at Disney World. According to a Cast Member we asked recently, the only bubble wands you can find in Disney World at this time are The Little Mermaid wands in Magic Kingdom, Animal Kingdom, and possibly in the World Showcase at EPCOT. You can still, however, find bubble wands online. 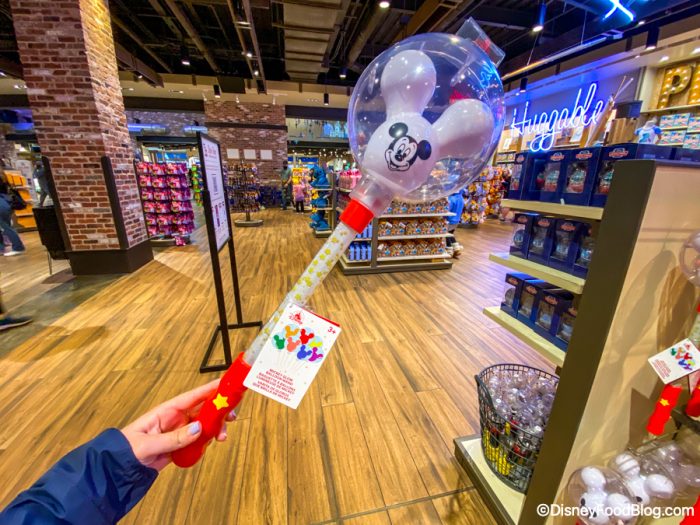 Bubble wands have been MIA at Disney World!

We asked a Cast Member about this and they estimated a possible mid-summer restock. As of writing, there are no bubble wands found in Hollywood Studios, but we’ll be watching out for their reappearance.

14 things you can ONLY get at Hollywood Studios!

Have you visited Disney’s Hollywood Studios recently? Tell us in the comments!