It’s been a rainy few days at Disney World, and Hollywood Studios is no exception.

But that didn’t stop us from heading into the park to see what’s new!

When we stopped in to BaseLine Tap House, we noticed that the BaseLine Bundle is still missing from the menu. 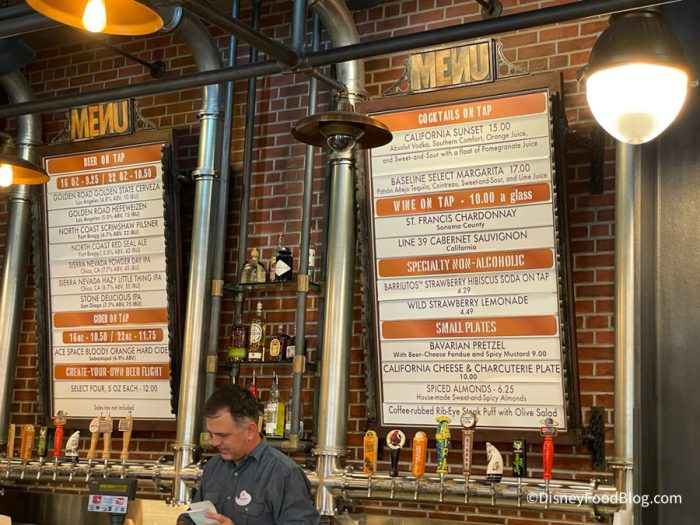 The BaseLine Bundle was the Bavarian Pretzel with your choice of draft beer in a souvenir cup for $20 and was a pretty good deal for what you get for your money. Here’s hoping it returns soon!

We are still not seeing the Starbucks energy drinks at the Trolley Car Cafe. 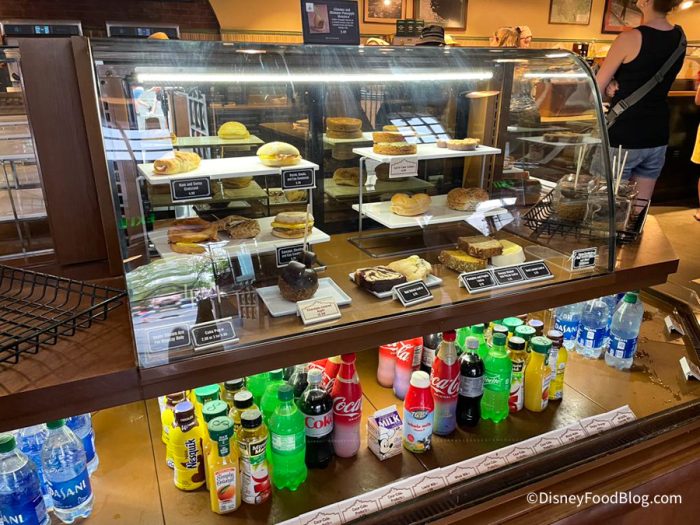 We’ll be sure to let you know if we see you soon!

Dok-Ondar is still missing from his usual spot at Dok-Ondar’s Den of Antiquities. When we stopped by, his corner was surrounded by a red curtain. 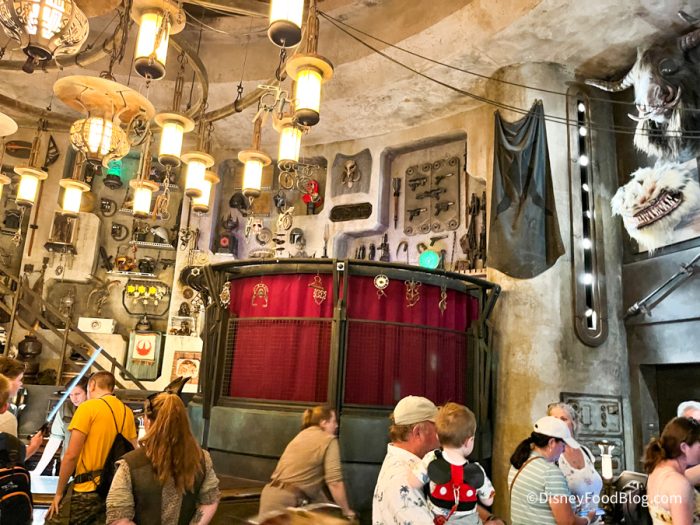 He seems to be missing a lot, but we hope he returns soon!

Another fun feature in Galaxy’s Edge is still missing. The Dianoga usually hangs out in the water fountains by the bathrooms, but he’s been missing recently. 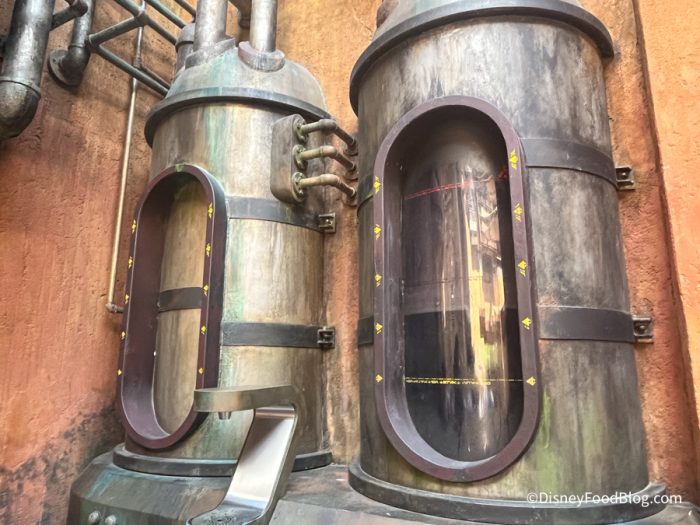 The Dianoga is still missing!

Maybe he and Dok-Ondar are on vacation together? But in all actually, they are probably undergoing some maintenance.

The shop outside of Toy Story Mania is still under construction and currently guests are exiting through a rear door and sent around the building to the regular exit. 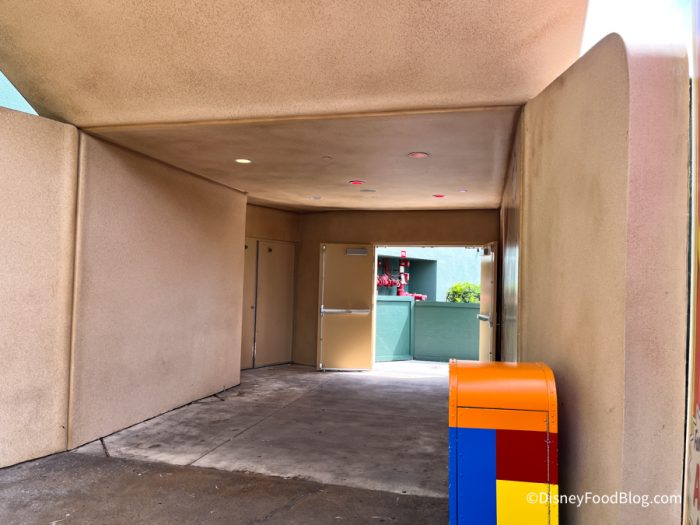 This area has been under construction for some time. A brand new gift shop coming to Toy Story Land, along with a new restaurant known as Roundup Rodeo BBQ, as well!

The landscaping between Sci-Fi Dine-In Theater Restaurant and ABC Commissary has been ripped up. 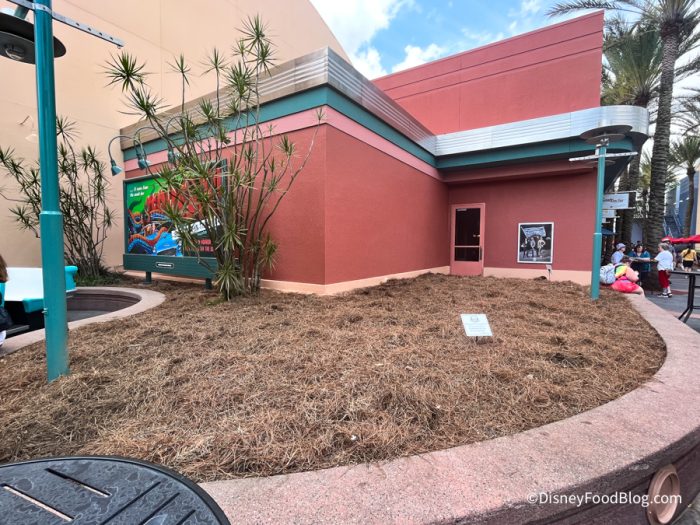 There’s currently a sign that says that the area is being replanted, so we’ll be sure to keep an eye out to see what’s put here!

The saga of the droid personality chips continues as we saw when we were at the depot recently that the Cast Member had all of the chips on a keyring and was holding a droid. 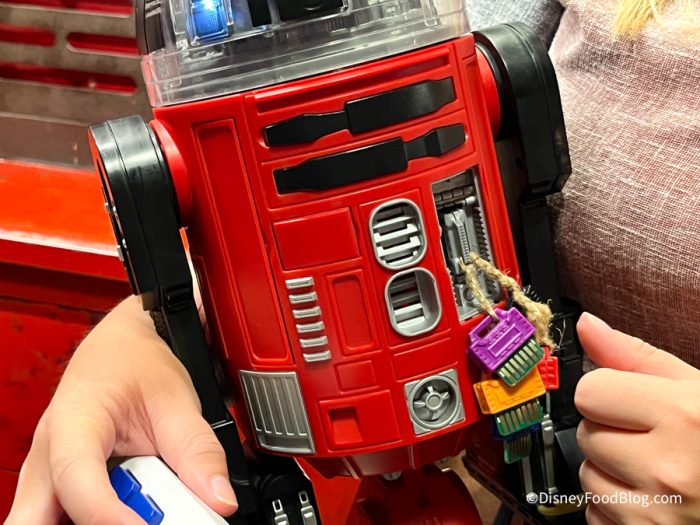 Using the droid, the Cast Member was showing each guest what the droid would sound like with each personality chip.

At Mickey’s of Hollywood, we spotted the new EARidescent Shimmer Loungefly backpack… 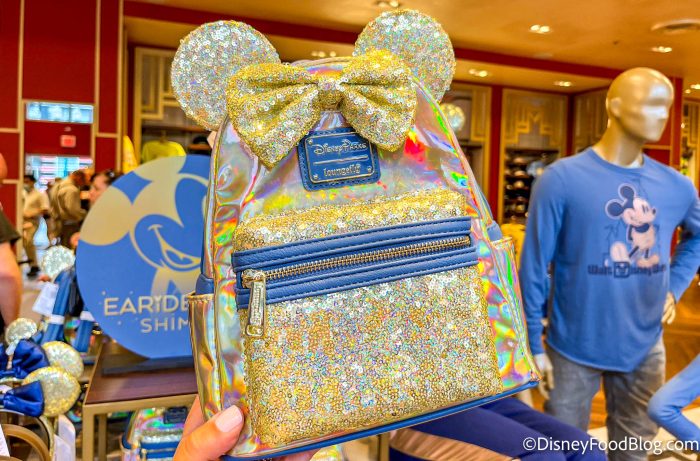 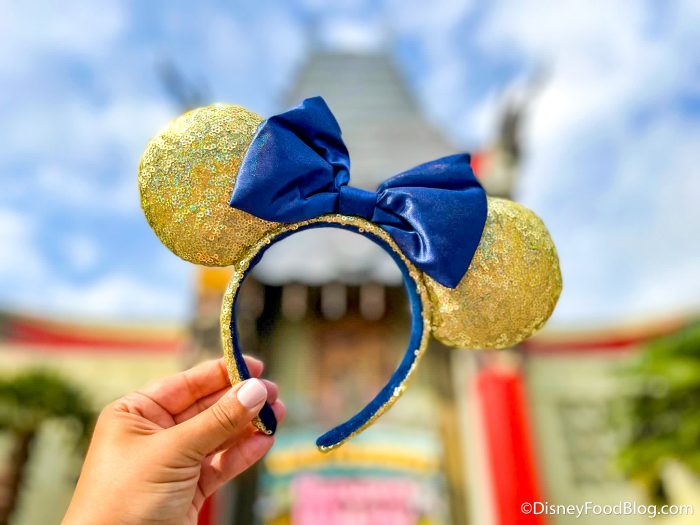 The new ears at Hollywood Studios! 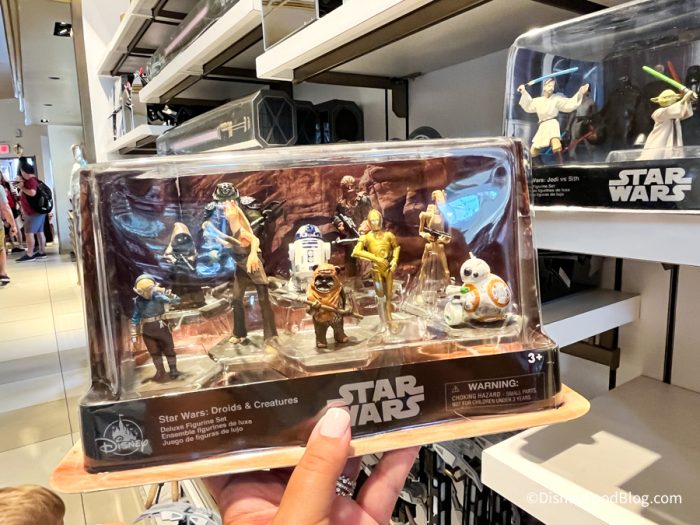 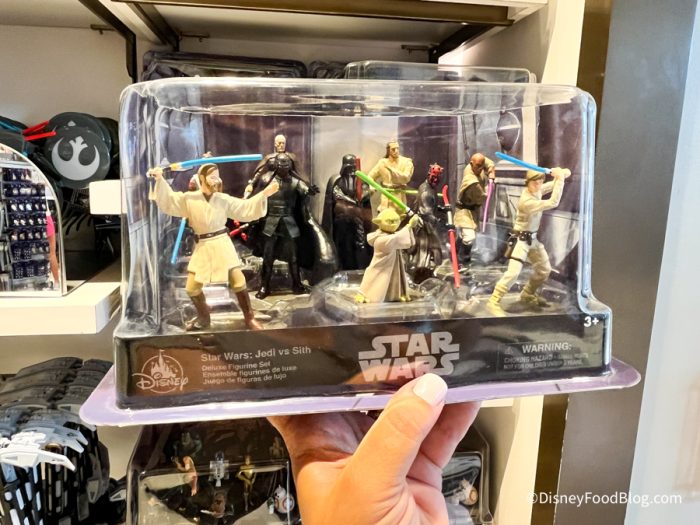 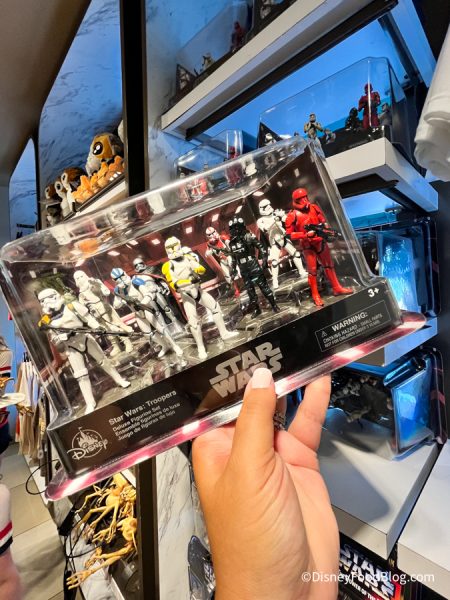 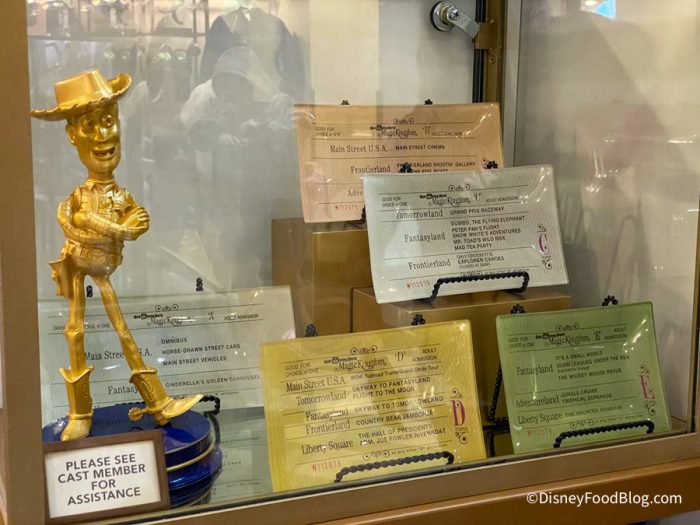 We recently saw these at Animal Kingdom, as well, and they are $24.99 for the five coasters.

At Legends of Hollywood, we saw this Mickey Baseball Jersey with the word “Legend” on the front. You can grab this jersey for $59.99. 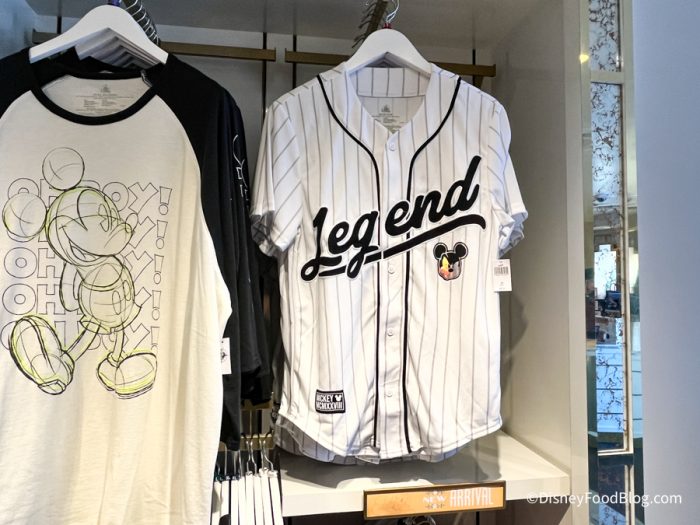 Legends of Hollywood also had a pair of neon Mickey Authentic Mickey Line bicycle shorts for $37. 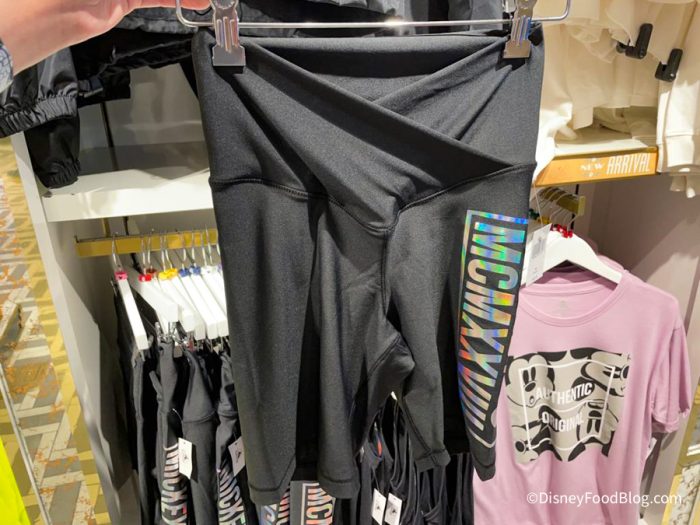 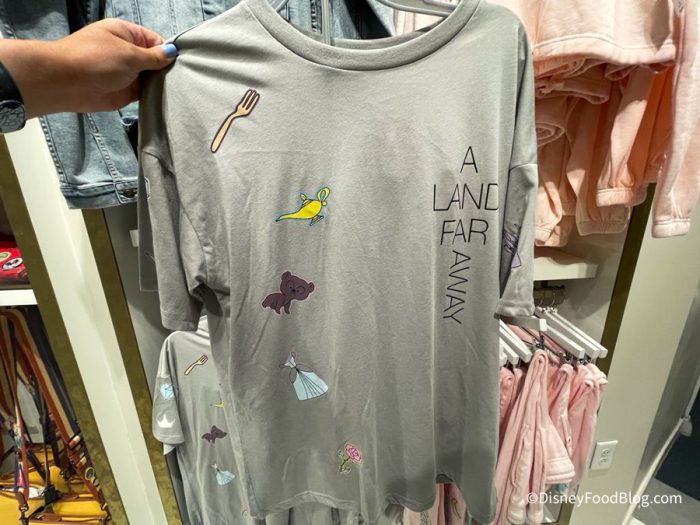 A Land Far Away PJ top

…and a pair of shorts. 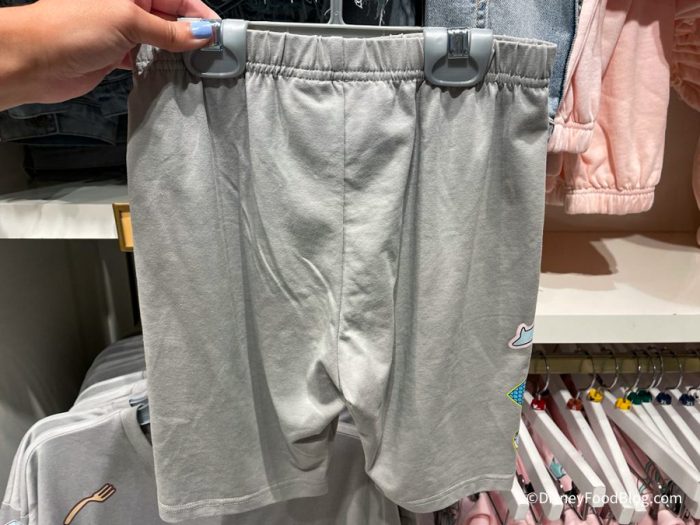 A Land Far Away PJ bottoms

So for $55we found this Beauty is Found Within cropped hoodie that is pink ombre with the rose from Beauty and the Beast. 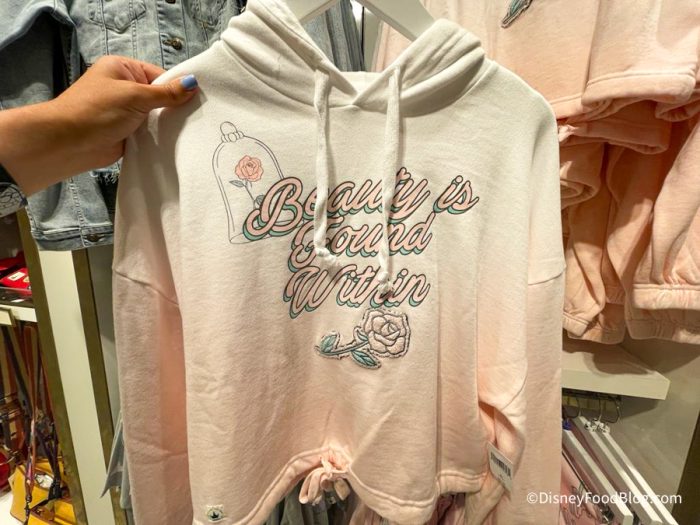 We also saw these pink sweatpants that say “Won’t Stop Dreaming” down the leg. 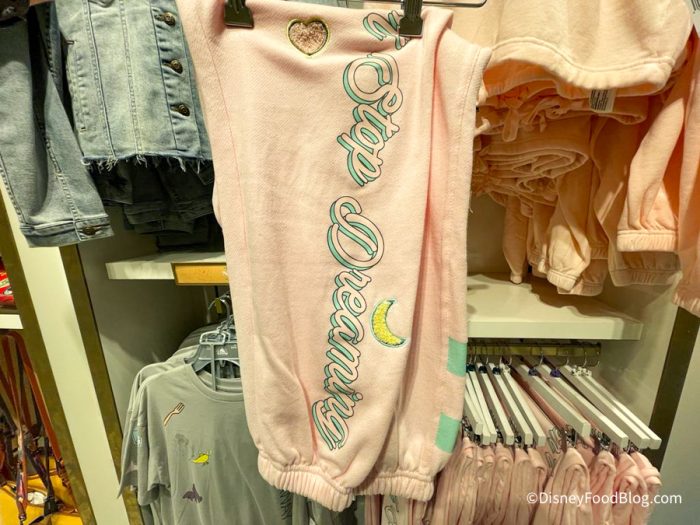 Sunset Couture had a Tommy Bahama floral character button up shirt for $130. 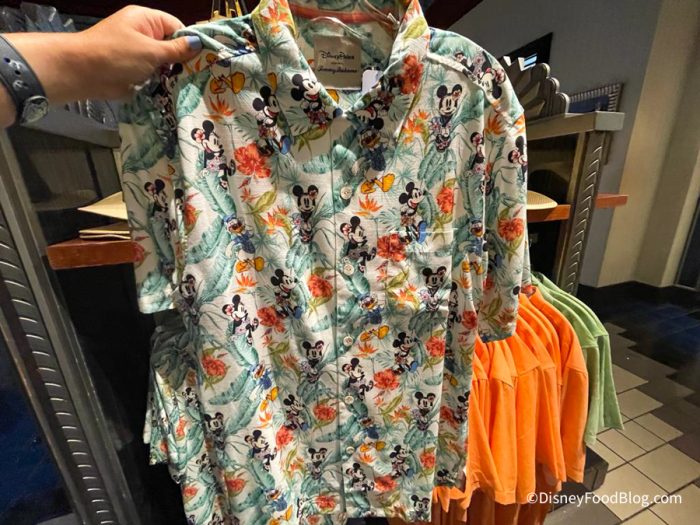 The shirt has Mickey, Minnie, and Donald all looking like they’re ready for vacation. 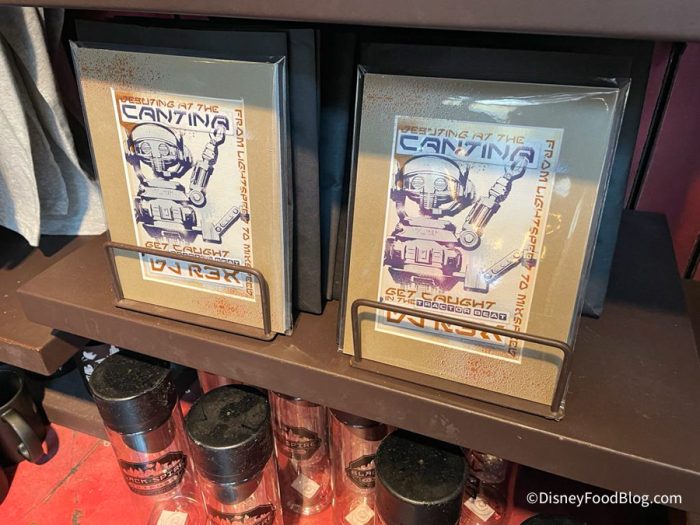 These prints feature DJ R3X from Oga’s Cantina and say “Get caught in the tractor beat.”

We spotted a new magnet at the shop outside of Mickey & Minnie’s Runaway Railway. It’s made to look like the sign for the ride! 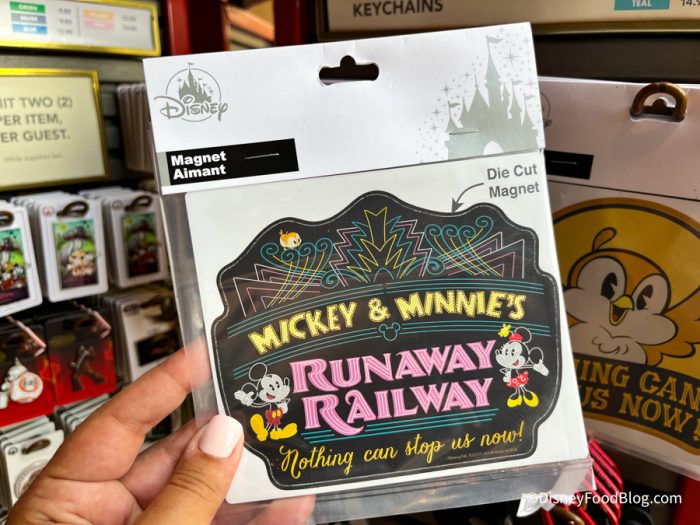 And that’s everything new at Disney’s Hollywood Studios! Be sure to stay tuned to DFB for the latest updates from all of the Disney parks!

When is your next trip to Hollywood Studios? Let us know in the comments!