There’s always something new to see at Disney World, which is why we go so often — so we can bring you the most up-to-date information on what’s happening in the parks, and the hotels too.

Today, we’re heading over to MagicKingdom to see what’s new in that park since we last visited!

First and foremost, we spotted the Easter bunnies this week hanging out in front of Cinderella Castle! These guys only come out around Easter time, so it was fun to get to see them! 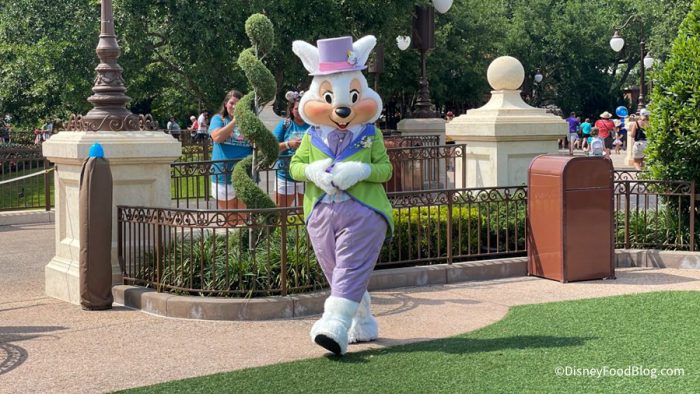 Alright, now on to the rest of the updates from Magic Kingdom.

The area outside of the Plaza Ice Cream Parlor is quiet surrounded by construction walls and green tarp. Disney hasn’t shared what’s going on in this area, but we’ll be sure to let you know when we get more information. 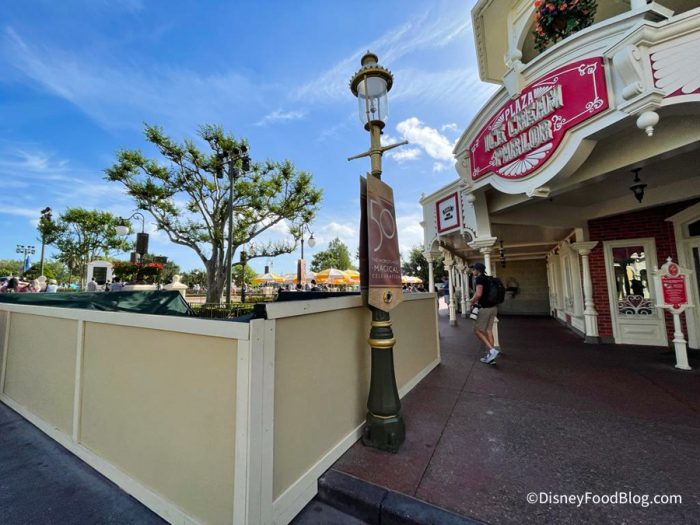 We also took a ride on the PeopleMover and checked on the TRON: Lightcycle Run construction. Disney hasn’t announced an exact date for this ride’s opening, but we have seen some testing recentlyso we know progress is being made! 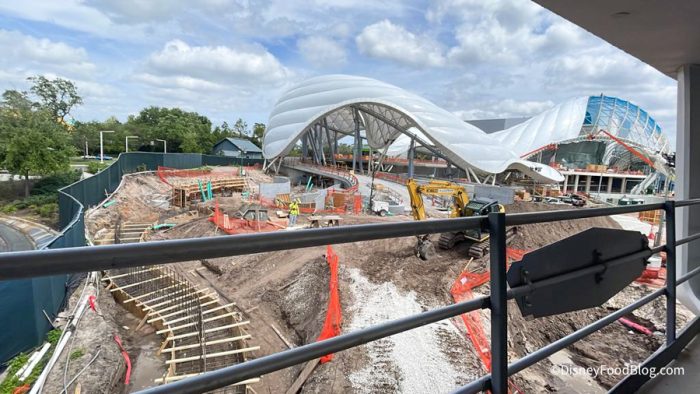 We also noticed that train tracks are down at the Walt Disney World Railroad station in Fantasyland, but we did not see any testing while we were there this time. Previously, these tracks had been removed as part of the refurbishments coming to this attraction. 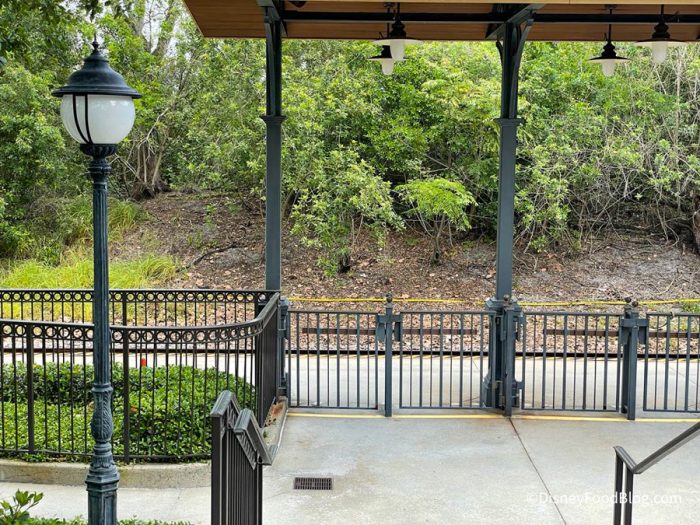 We’re still waiting for Disney to announce a reopening date for the Walt Disney World Railroad, so be sure to stay tuned for the latest.

Over at the Emporium, we saw a pair of new pins. The first was this Robin Hood pin… 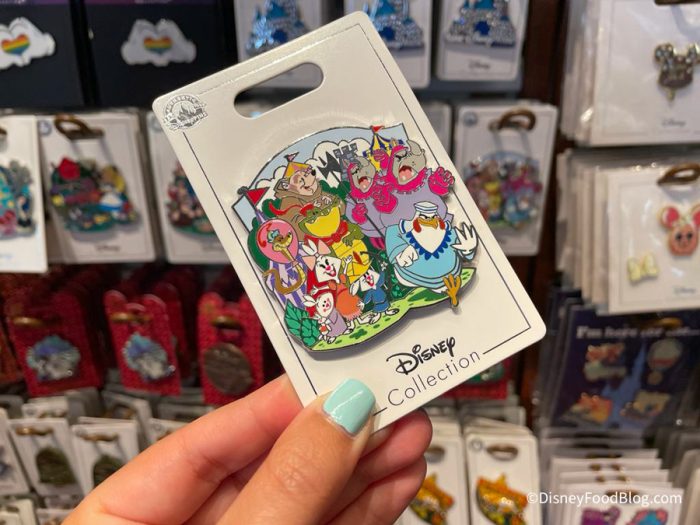 …and the second was this Lion King pin. Both pins were $16 and feature several well-known characters from each movie. 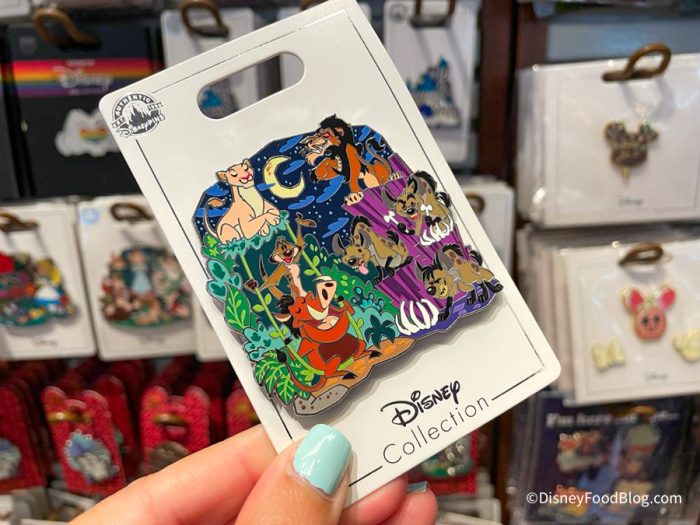 We also spotted this Enchanted Rose Ringwhich is a rose gold ring with the enchanted rose from Beauty and the Beast. 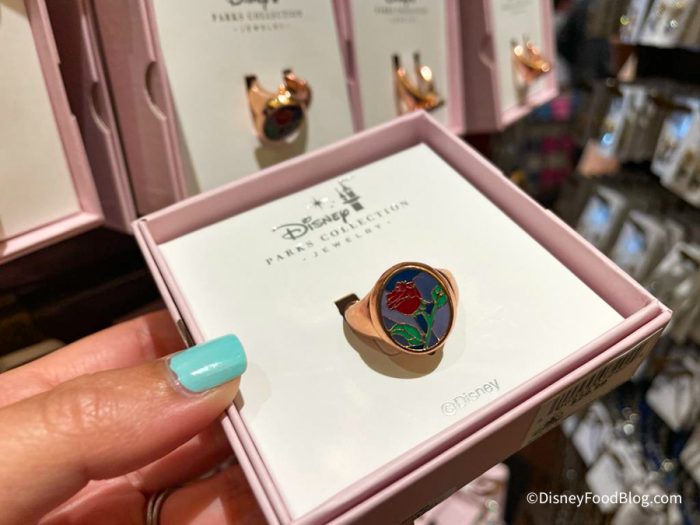 We saw this green Cinderella Castle plate (which we’ve also spotted at Disney’s Hollywood Studios) as part of the Vault Collection in Main Street Cinema. 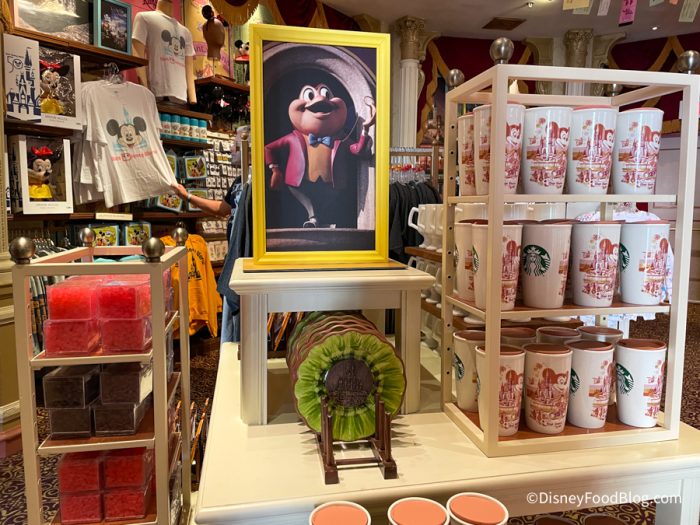 Over at Frontier Trading Post, we found some more pins! This Cinderella flower pin is $19.99and we’ve also seen it in EPCOT. 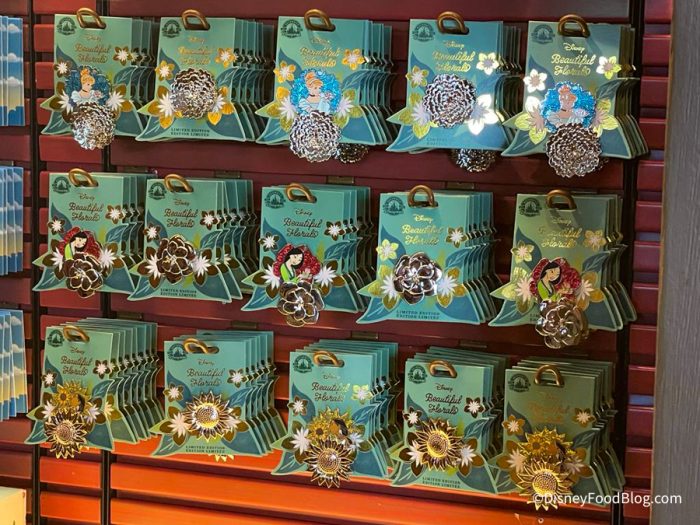 We also saw this castle pin that, when opened, showed Cinderella running down the castle steps. 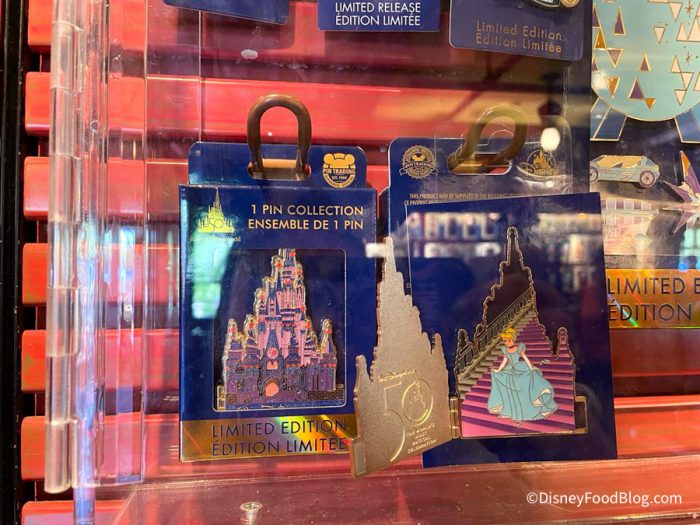 And we can’t forget about the awesome Emperor’s New Groove pin codewhich is shaped like a puzzle piece. 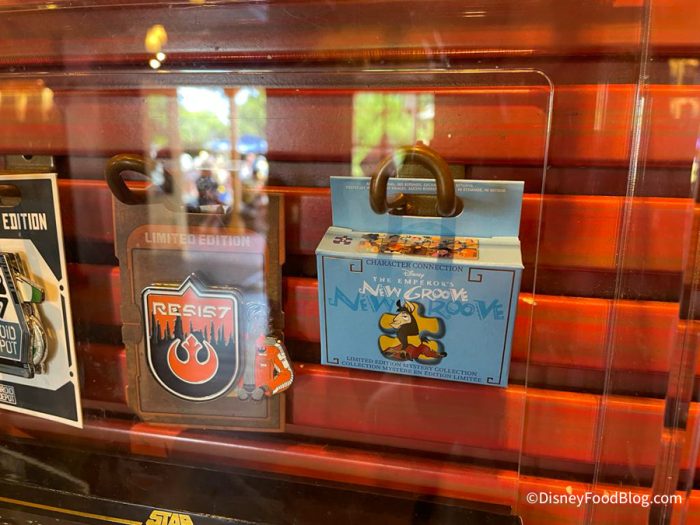 Both of these pins have previously been seen in Disney’s Animal Kingdom.

Disney’s new pins will make the rest of your collection seem small.

And that’s what’s new at the Magic Kingdom! Be sure to keep reading DFB for all the latest from the Disney theme parks.

Will you be heading to Magic Kingdom sometime soon? Let us know in the comments!